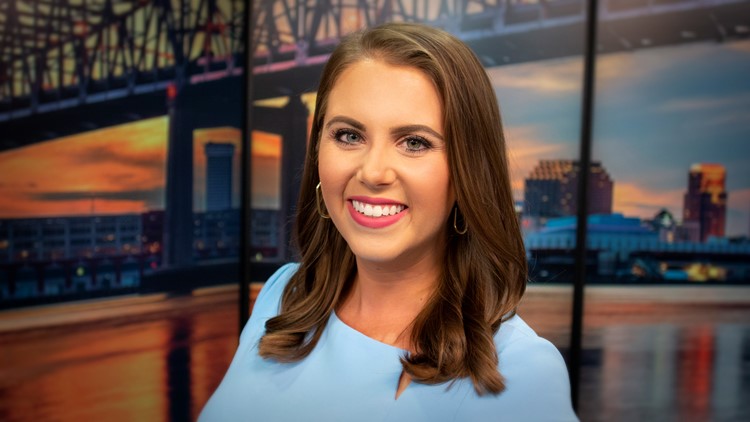 NEW ORLEANS — Devin Bartolotta is a three-time Emmy-winning anchor and reporter who joined the team at WWL-TV in September 2019.  She comes to New Orleans after three years of anchoring and reporting at WJZ-TV in Baltimore, Maryland.

There, Devin covered the immediate aftermath of the Capital Gazette newsroom shooting, historic and deadly flooding in Ellicott City, along with the record-setting homicide rates in Baltimore City. She, alongside the WJZ team, was nominated for an Emmy Award in 2017 for breaking news coverage of an officer who died in the line of duty.

Devin’s career started at KTTC-TV in Rochester, Minnesota, where she produced, edited and anchored weekend newscasts. While in Rochester, Devin was recognized multiple times by the Associated Press and Society of Professional Journalists.

Devin is originally from Monongahela, Pennsylvania (near Pittsburgh) and is a graduate of Ohio University’s E.W. Scripps School of Journalism.

When she’s not on air, you’ll find Devin either restoring vintage furniture or planning her next trip. She and her fiancé, Matt, are on a mission to explore all 50 states in five years (less than 20 to go!).