Eric Paulsen is a Morning Show Anchor at WWL-TV and WUPL-TV in New Orleans.

He's one of southeast Louisiana's most familiar faces, the one folks have been waking up with for more than 30 years on the country's number one-rated local morning newscast. But when Eric Paulsen first left his St. Louis hometown to attend broadcast journalism school at Southern Illinois University, he was more interested in the off-camera side of the business.

On PM Magazine, Eric was one of the main contributors for the national syndication of the program and one of the stories he's most proud of, conducting the last broadcast interview with literary legend Tennessee Williams - conducted on the second floor of what was then "Marti's" restaurant on the corner of Rampart Street. "Years later, I still see clips from Tennessee's last interview popping up on all kinds of shows," Eric commented.

After "PM's" successful run, Eric returned to the Eyewitness newsroom in the fall of 1984. He solo anchored the weekend newscasts for six months, before coming back to his first home on the morning set to join co-anchor Andre Trevigne. In another visionary stroke, GM Mike Early decided to expand the morning edition by a full hour, creating a two-hour local block of news, weather and features that quickly earned the show honors as the country's highest-rated morning broadcast - augmented by the unusual on-air chemistry between Eric and Andre.

"There was a lot of fire between us," Eric recalled. "And the audience seemed to like all that friendly bickering." When Trevigne departed over a decade ago, Eric found an easy camaraderie with veteran newswoman Sally-Ann Roberts that has kept the morning show in its enviable first place ranking. "Sally-Ann is like a sister to me," he reflected. "And we tease each other just like two siblings."

While on the morning news, Eric was able to land an interview with Fats Domino that went from more than a story to a friend that endures to this day.

Off the anchor desk, Eric keeps an unusual menagerie of turtles and other pets. 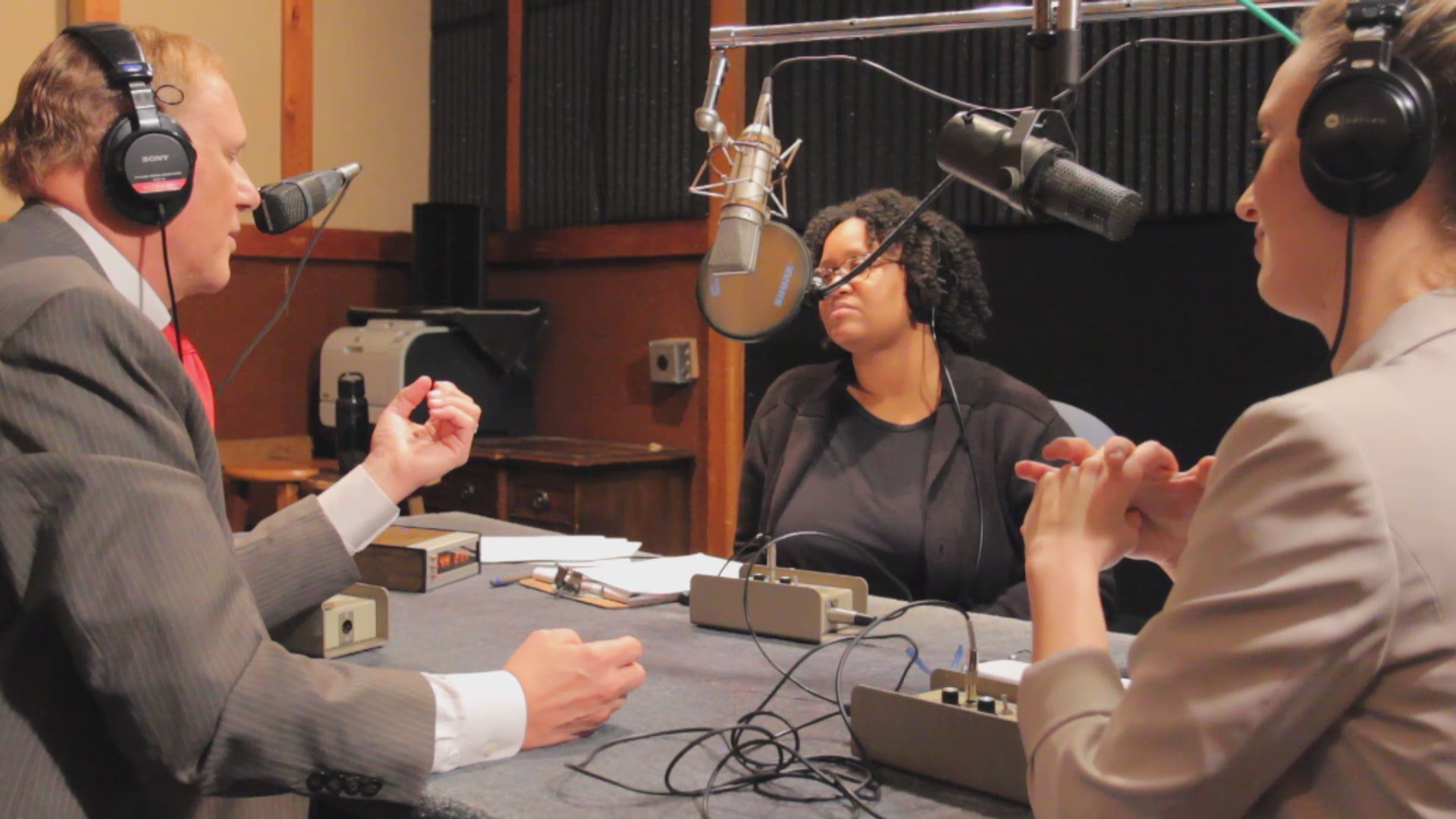