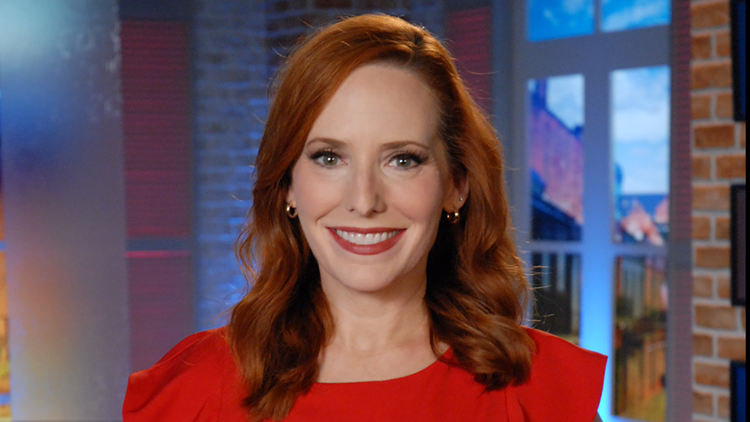 Katie Moore is a five-time Emmy Award-winning investigative reporter and 5 & 10 pm anchor for WWL-TV, the CBS affiliate in New Orleans.

Katie began her journalism career as a Washington Correspondent for WKYT-TV in Lexington, Kentucky. She then worked as a political reporter and fill-in anchor at KOAA-TV in Colorado Springs, Colorado for more than six years. After bringing home a national Walter Cronkite Award for Individual Achievement in Television Political Journalism, Katie returned to her New Orleans roots for a job at WWL-TV in 2006.

Throughout her career, Katie’s work has made change, exposed corruption and enlightened voters.

In 2017, Katie took home three Emmy awards, including documentary and on-air talent for her investigative news special “Searching for Ramona Brown”. She also received a statue for coverage of the Cajun Navy’s efforts to rescue people stranded in the Great Flood of 2016 outside Baton Rouge.

She and the investigative team took home an Emmy in 2016 for their in-depth investigative series “NOPD: Call Waiting” that exposed some of the worst police response times in the country and earned a national Delta Sigma Chi award for investigative reporting with a team of reporters at partner newspaper The Times Picayune | New Orleans Advocate.

In 2008, Katie was awarded a Jim Metcalf Memorial Award for story of the year at the New Orleans Press Club Awards, received an Emmy Nomination and Best Investigative Report from the Louisiana Associated Press for her investigation into double billing for inmates at Orleans Parish Prison. In 2009, she received the Best Feature award from the New Orleans Press Club for her coverage of the dolphins who found a new home in the Bahamas after Hurricane Katrina.

Katie spent much of her youth in Slidell, and is a proud graduate of Northshore High School, Louisiana State University in Baton Rouge and Northwestern University's Medill School of Journalism in Chicago.

A lover of all things king cake and crawfish, Katie calls New Orleans home with her husband, daughter and son.