Ashlyn says her classmates and people in the neighborhood recognizer her and her dad from their videos, which have garnered millions of views. 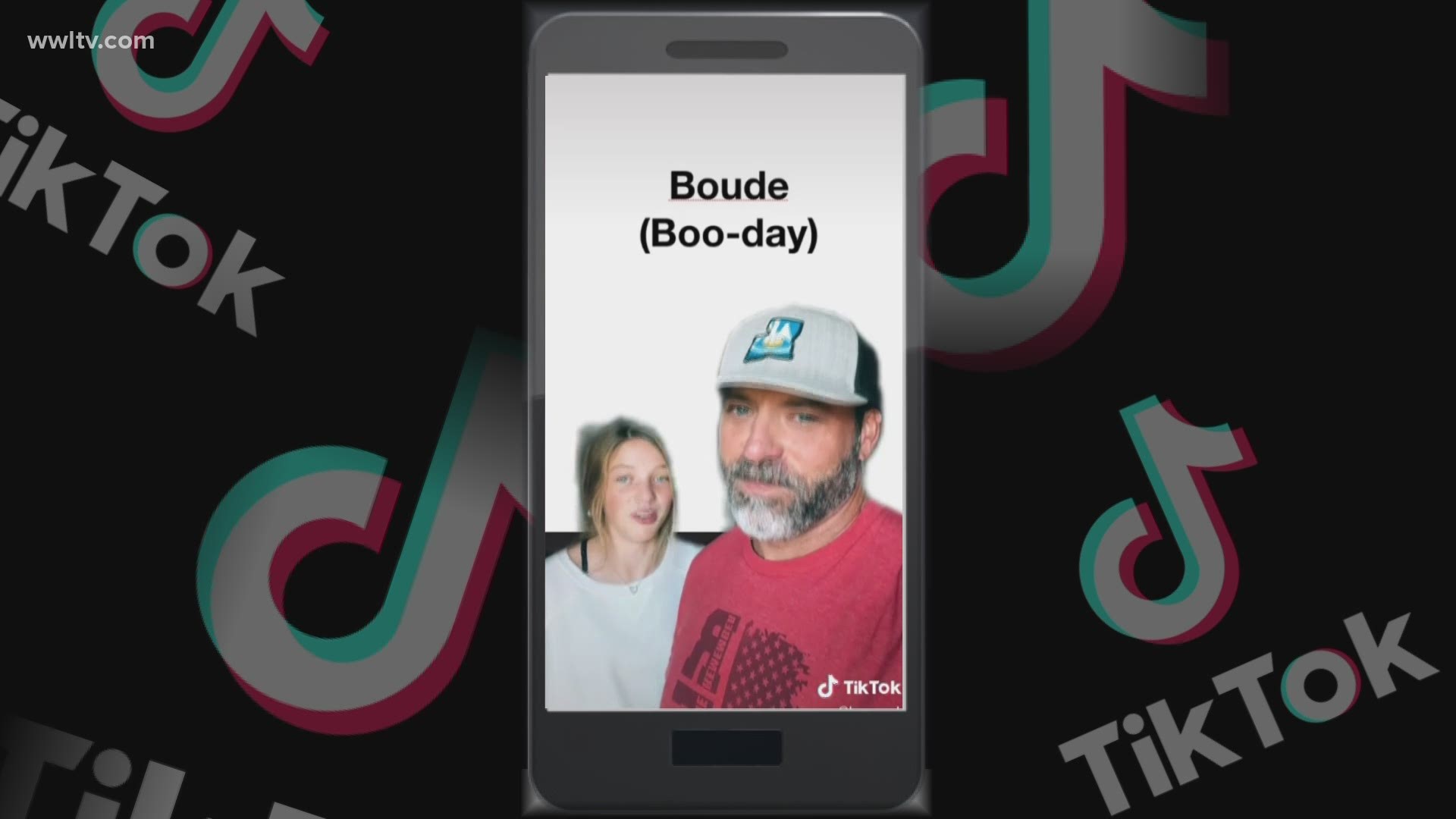 LULING, La. — A soccer dad from Luling has become an unexpected rising star on TikTok.

His videos are giving the world a glimpse into a particular dialect of South Louisiana, and putting his teenage daughter to the test at the same time.

If you’ve made it to Louisiana TikTok, or, more specifically, Cajun Tiktok, you probably know Eric “Erock” DeSoto and his daughter, Ashlyn.

DeSoto starts all of his videos with his familiar catch phrase.

“Coullion classroom’s back in session. I’m about to learn y’all a thing or three,” he says, in selfie mode on his iPhone.

He started making videos to cure some pandemic boredom, but soon found that his normal Cajun English started drawing in curious fans.

In any number of DeSoto’s videos, you’ll get an explainer on Cajun slang, a pronunciation lesson on Louisiana town names, or catch him quizzing his 8th grader on last names common in the South.

His fans range comes from all over the world. And, uniquely, he has a large fan base from Nova Scotia. Still, most of his fans are Louisiana natives who resonate with the way he speaks.

“They’re saying, oh we’ve been saying that since I was a kid… or my grandparents always called me that but I never knew exactly what it meant,” said DeSoto.

DeSoto says he grew up listening to his grandparents speak French, and now hangs onto the many ways it has blended in with modern English.

Ashlyn says her classmates and people in the neighborhood recognizer she and her dad from their videos, which have garnered millions of views.

“It’s been kind of crazy, because it started off as like a little joke that we would go outside and do every day, just for fun, and it’d get like five likes. And then, there’s always that one video that blew up that everyone loves,” she said.

Still, as the comments pour in, he’s eager to continue using TikTok to spread the word about his roots.

“I really started to embrace it… say you know what? Maybe I have something special here, where it’s almost a dying language where not that many people do it anymore,” said DeSoto.

“It was always fun, it was part of our culture.”

RELATED: What they're saying nationally about the Saints and Taysom Hill

RELATED: Proposals to hold Jefferson Parish parades in May with new safety, flexibility measures for krewes