The 34-year-old grew up with Cajun and Creole influences. Her family roots stem from New Orleans and down the bayou. 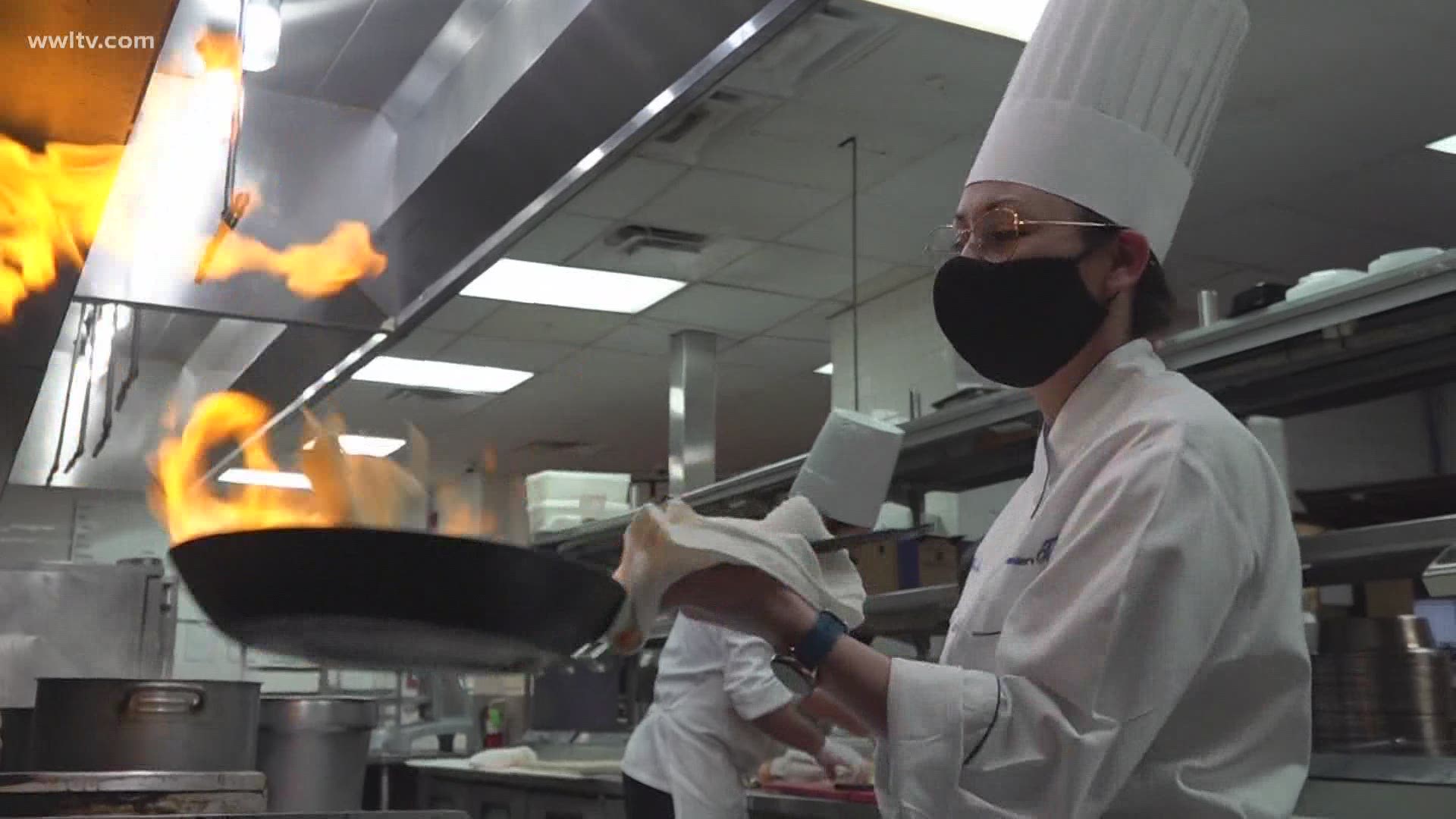 Bickford has worked at Commander's for 12 years, beginning her journey there in 2008.

"I got my dream job two days ago," Bickford said with a smile on her face.

"One of the most fun things to do in life for me is ask someone to be chef at Commanders Palace," said Ti Martin, Commander's Co-Proprietor. "We've long been grooming Meg."

The 34-year-old grew up with Cajun and Creole influences. Her family root's stem from New Orleans and down the bayou.

"Understanding the power food had over people and the conversations that could happen over food was inspiring to me." Bickford said.

Bickford attended John Folse Culinary Institute in Thibodaux and has spent her life working her way up the culinary ladder.

"First job I ever had in the food industry, I was 15-to-16 years old, I was a baker at a bagel shop and then I flung some pizzas, I worked at a darling little seafood shack on Penacola Beach," Bickford said.

For the last 12 years, she's been with Commander's. She previously served as the Executive Chef of Cafe Adelaide, the Commander’s family’s playful, modern Creole restaurant.

In her time at the helm of Café Adelaide, Meg was chosen as one of FSR Magazine’s “Rising Stars” and one of Louisiana Cookin’s “Chefs to Watch.”

"People who come to Commander's a fair amount have been eating megs food for years," Martin said.

"We create our menus together. People ask what's going to be different about Commander's now and I've had a say in the menu for years, that's not going to change now," Bickford said. "One thing I am really excited about is a dish we just put on the menu. It's a beautiful red fish filet and its topped with sugarcane shrimp."

While Bickford is the first woman to wear the executive chef's hat, she says the restaurant has a history of women playing vital roles. She's just glad to join them.

"The way has been paved by a lot of very powerful women so I hope to make them proud," she said.

"She's got the talent and the palate and just you watch," Martin said.
Bickford lives in Metairie with her husband and 3 year old daughter. She also has a 21 year old step-son.