A six-time Grammy Award winning pianist, performer and Rock and Roll Hall of Fame inductee, Dr. John was among the best-known New Orleans musicians of his generation 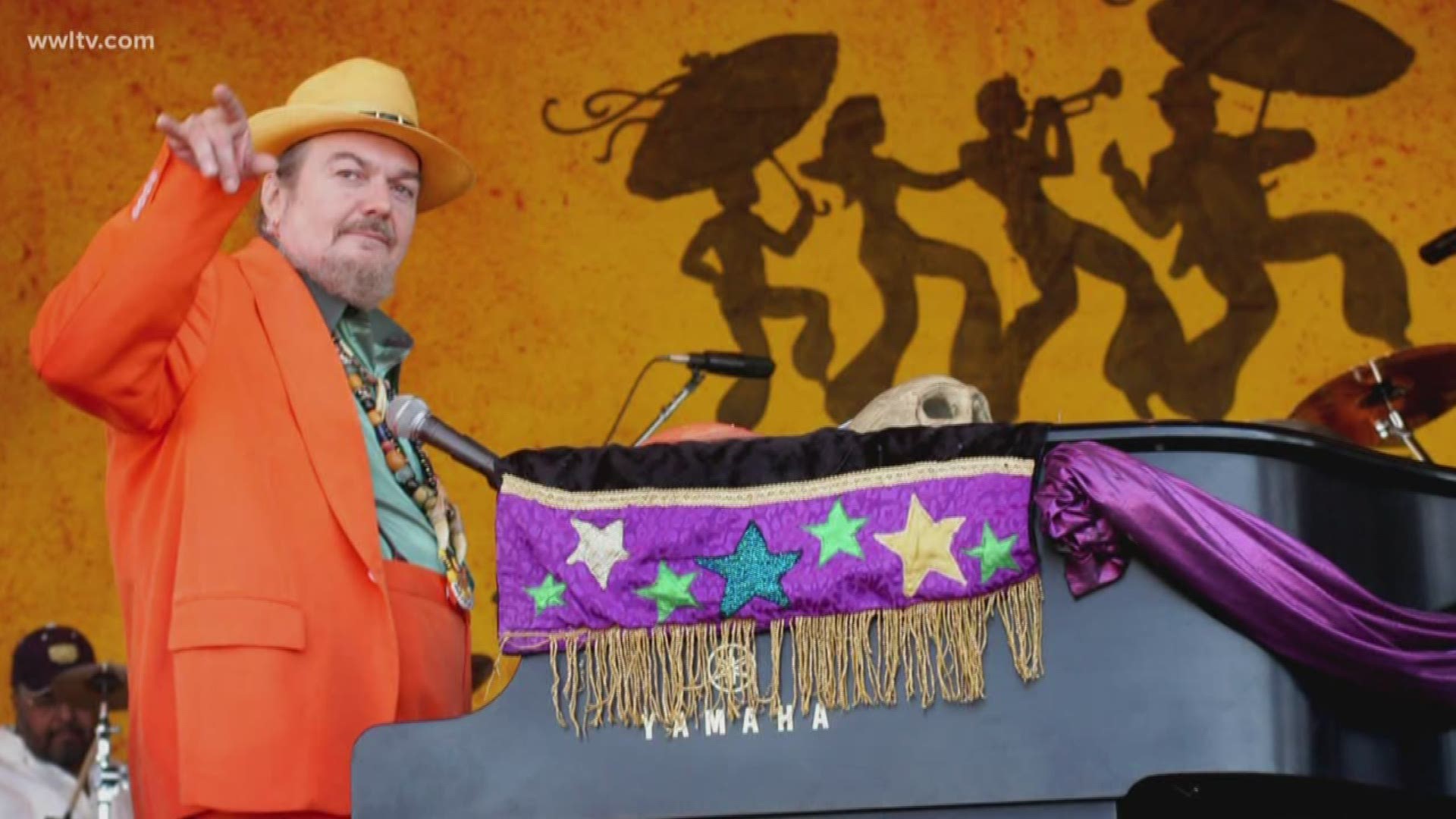 NEW ORLEANS — Dr. John, the pianist, singer and songwriter known worldwide as an ambassador for New Orleans music, honored with six Grammy Awards and selection to the Rock and Roll Hall of Fame, died Thursday. He was 77.

His family confirms he died of a heart attack.

Dr. John, whose real name was Malcolm John “Mac” Rebennack, had minimized his public appearances in recent years, leading to concerns about his health. In 2017, he was honored by the New Orleans City Council and at a special birthday event, but he cancelled shows later that year at Tipitina’s and in New York.  His performance at the 2017 New Orleans Jazz and Heritage Festival would also turn out to be his last, as he was not booked at the fest for 2018 or 2019.

RELATED: Ringo Starr among those on social media reacting to Dr. John's passing

A six-time Grammy Award winning pianist, performer and 2011 Rock and Roll Hall of Fame inductee, Dr. John was among the best-known New Orleans musicians of his generation, though greatly influenced by music greats and so-called "piano professors" of a previous era. His music brought a New Orleans sound to the world and his colorful persona, wardrobe, “fonkified” vocabulary and stream of consciousness ramblings made him one of a kind. “I am traumaticalized,” he famously told Times-Picayune columnist Chris Rose in December 2005 after touring the city for a post-Hurricane Katrina story. It was just one of the many mangled expressions and Dr. John-isms that endeared him to fans worldwide.

A native of New Orleans' Third Ward, Dr. John performed for more than 60 years, first as a guitarist and session musician on recordings by fellow music greats Professor Longhair, Art Neville and Frankie Ford. He was also a session musician in Los Angeles, where he played piano and guitar on records by Sonny and Cher, Van Morrison, Aretha Franklin and the Rolling Stones.

Rebennack’s early music interests were nurtured by his father’s side business of repairing sound systems at the family appliance store. Young "Mac" formed his first bands at Jesuit High School, but dropped out and instead learned the music business from such greats as Earl King, Huey “Piano” Smith and James Booker. It was a wild time and a rough life, playing in strip clubs and the seedier side of town. He even had part of his finger nearly shot off in a brawl. Hooked on drugs, Rebennack was sent to a federal prison program for drug addicts in Fort Worth, Texas. When he was released in 1965, he headed west for Los Angeles. 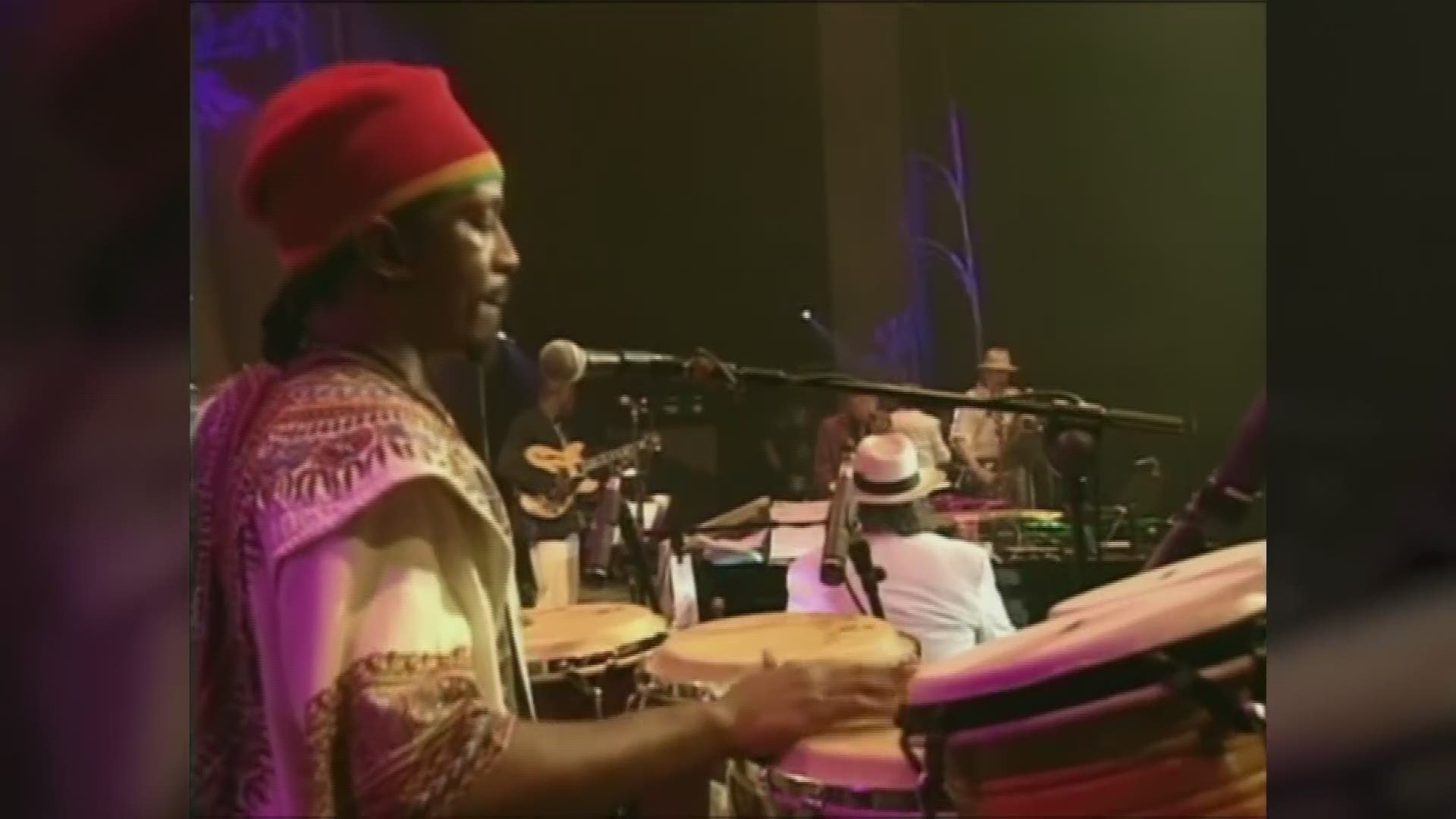 While on the West Coast, and at the urging of producer Harold Battiste, Rebennack adopted the persona of Dr. John the Nite Tripper. Originally the stage name was supposed to go to vocalist and friend Ronnie Barron. "I never liked front men," he told New Orleans Advocate music writer Keith Spera in 2011. "I never felt any different after I became one. The idea of what front men become is kinda obnoxious." Rebennack also said he never thought his gravelly, New Orleans voice was that of a singer’s. "I said, 'Whaddya mean me? I can't sing,' " Rebennack told Spera. "And he said, 'Look, if Bob Dylan and Sonny and Cher can sing, you can sing.' I thought it would be a one-off deal and then I'd go back to producing records. It didn't happen."

His breakout album, 1968’s Gris Gris, introduced the voodoo-based character and his funky, mystical style of rock and rhythm and blues to a worldwide audience. He became a cult figure famous for performances filled with feathers, magic dust, candles and live snakes. In 2012, Rolling Stone named "Gris-Gris," which included his song “I Walk on Gilded Splinters,” one of the 500 best albums of all time, calling it a “swamp-funk classic" that blended "New Orleans R&B, voodoo chants and chemical inspiration.”

His career exploded with 1973's "In the Right Place," produced by Allen Toussaint and featuring the Meters on backup. It introduced his hits "Right Place Wrong Time" and "Such a Night." The Meters also backed him on 1974's "Desitively Bonnaroo." His versions of the New Orleans classics "Iko Iko," "Tipitina" and "Big Chief" also became favorites.

Dr. John had a heroin habit throughout the 1980s but in interviews had said he was sober since 1989. That same year he won a Grammy for "Makin' Whoopee," his collaboration with Rickie Lee Jones which won a Grammy. He won more Grammys in 1992 for "Goin' Back to New Orleans," in 1996 for "SRV Shuffle" and more awards in 2000 and 2008.

Following Hurricane Katrina, he also released a benefit album, Sippiana Hericane, which was nominated for a Grammy. He became active in coastal restoration causes and was a vocal critic of the slow hurricane recovery but said music would be key to the city's rebirth. “Music is a healing force. A vital thing,” he told Rose in 2006, shortly after the storm. “The Indian music, the church music, the Mardi Gras music, the second-line from the corner . . . our culture does not exist without the music. Music is what people have to get their head out of their head.” As for his own head, and his feelings about the government response, he told Rose he was “More balanced than those who are too optimistical or too pessimistical. I'm a realist. But I'm also pissed off in some sort of way.”

Dr. John won a Grammy in 2013 for his album, "Locked Down,” with Dan Auerbach of The Black Keys. His 2014 album, "Ske-Dat-De-Dat...The Spirit of Satch" paid tribute to Louis “Satchmo” Armstrong. Rebennack claimed Armstrong came to him in a dream and inspired the album. It featured performances of Armstrong songs by Rebennack and friends Bonnie Raitt, the Blind Boys of Alabama, Nicholas Payton, Terence Blanchard, James Andrews and Ledisi. In December, Dr. John and fellow New Orleans music star Cyril Neville were among the Louie Award recipients at the Armstrong House Museum in New York.

In 2013, he and Toussaint were awarded honorary doctorates by Tulane University, and performed at a memorable commencement ceremony which also featured an appearance by the Dalai Lama. In 2014, he performed at the French Quarter Festival for the first time since 1987. He also performed locally at the Voodoo Music Experience in recent years.

A 2016 tribute album and concert, “The Musical Mojo of Dr. John” featured a who’s who of music greats performing some of Dr. John’s best known songs, including Bruce Springsteen, Widespread Panic, Mavis Staples and John Fogerty.

Dr. John’s distinctive voice, one of the most recognizable in all of music, was featured over the years on everything from the theme song to the PBS children’s show "Curious George" to the Disney film "The Princess and the Frog" and the well-known jingle for Popeye’s (“Love that Chicken”). He was even the inspiration for the Muppets character Dr. Teeth. He is also featured on the soundtrack for the 2016 remake of Disney’s animated film "The Jungle Book."