Thousands of people around New Orleans stepped outside Friday morning to the roar of the magnificent planes flying overhead. 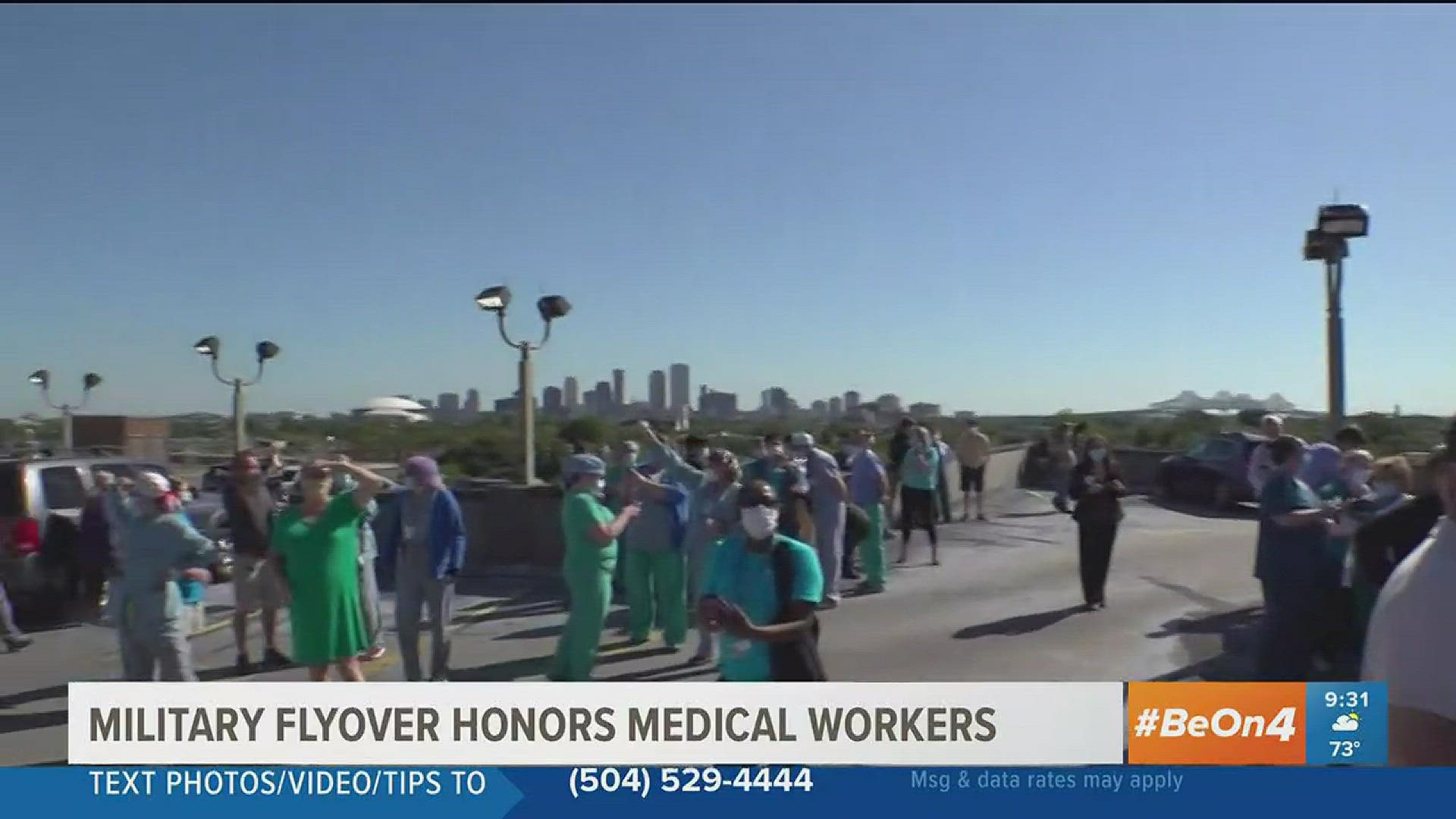 It was the military's way to thank Louisiana's medical professionals battling COVID-19, which has claimed nearly 2,000 lives in the state and hospitalized hundreds of people.

“The special bomber demonstrations are not only a tribute to these individuals, but also serve as a visible reminder of Americans’ solidarity and drive during a very challenging time,” said Maj. Gen. James Dawkins Jr., 8th Air Force and Joint-Global Strike Operations Center commander.

WWL-TV televised the flyover using several live cameras around the city. You can watch that coverage in the YouTube video below.

It happened from 9:30 a.m. Friday and lasted until around 9:50 a.m. The planes then headed to Baton Rouge, where they were set to soar over the state capitol building, Tiger Stadium and hospitals around noon.

The displays were part of the "Air Force Salutes" program to say thank you to healthcare professionals, essential workers and volunteers in the fight against the COVID-19 pandemic.

The squadron started from the airbase in Belle Chasse at 9:30 a.m. Friday. Approximate flyover times were:

The pilots were from the Barksdale Air Force Base in Bossier Parish and the Louisiana Air National Guard.

The Blue Angels, the Navy's elite flight demonstration squadron, will also fly over New Orleans at a later date as part of the America Strong initiative, according to reports.