The best way to deal with the Saints loss? King Cake. 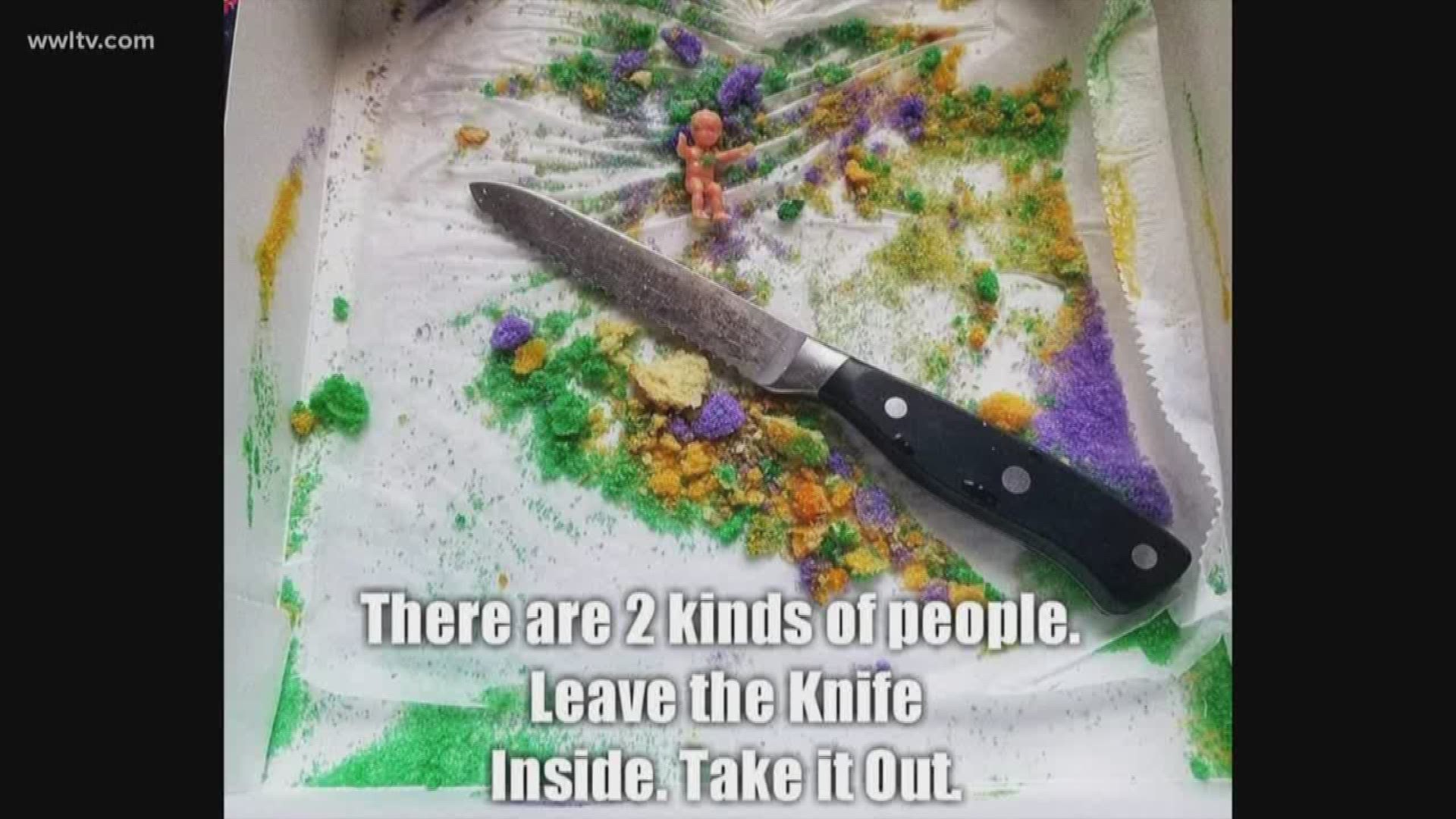 NEW ORLEANS — Like us, you're probably feeling the sting of the Saints loss Monday morning. Maybe, just maybe, Carnival season will cheer you up!

January 6 means it's Twelfth Night or Three Kings Day, the feast that marks the end of the Christmas holidays. It's when the faithful believe three wise men, or kings, visited the infant Jesus.

There can’t be a start to the season without parades, and several events are scheduled across the city Monday night to kick off the festivities.

Carnival begins when the Funny Forty Fellows take their annual ride on the Saint Charles Streetcar. The krewe starts rolling at 7 p.m. They first took the streets back in 1878 but took some time off until starting back up in 1981.
They are famous for their satirical costumes and themes.

The Krewe of Joan of Arc will also march through the streets of the French Quarter Monday. The parade will celebrate her birthday and 100 years since she became an official saint. That parade also kicks off at 7 o'clock.

You can officially start eating king cake today (whether to keep the knife in or out of the cake is entirely up to you). Places like the King Cake Hub on Canal Street are ready to supply the demand, with 50 varieties of cakes from 12 bakeries across the metro area for sale there Monday.

Ready for King Cake? So are New Orleans bakeries

The partially collapsed Hard Rock Hotel site has some areas of downtown closed off, which means some Carnival krewes will have to make adjustments.
So far, two krewes have to change the how their parades get around the city.

Monday, the Société Des Champs Elysée will not be rolling down Rampart in a streetcar, as the line remains out of service due to the collapse. Instead, the krewe will walk their route. That will start at 7:30 p.m.

The Superkrewe Endymion will change how it gets through downtown. The parade normally rolls down Canal Street. The krewe has not announced an official path yet but plan to do so in the next couple of weeks. Endymion kicks off February 22.