Since 1976, the The Robert A. Heinlein Blood Drive has been hosted by San Diego Blood Bank in partnership with Comic-Con. 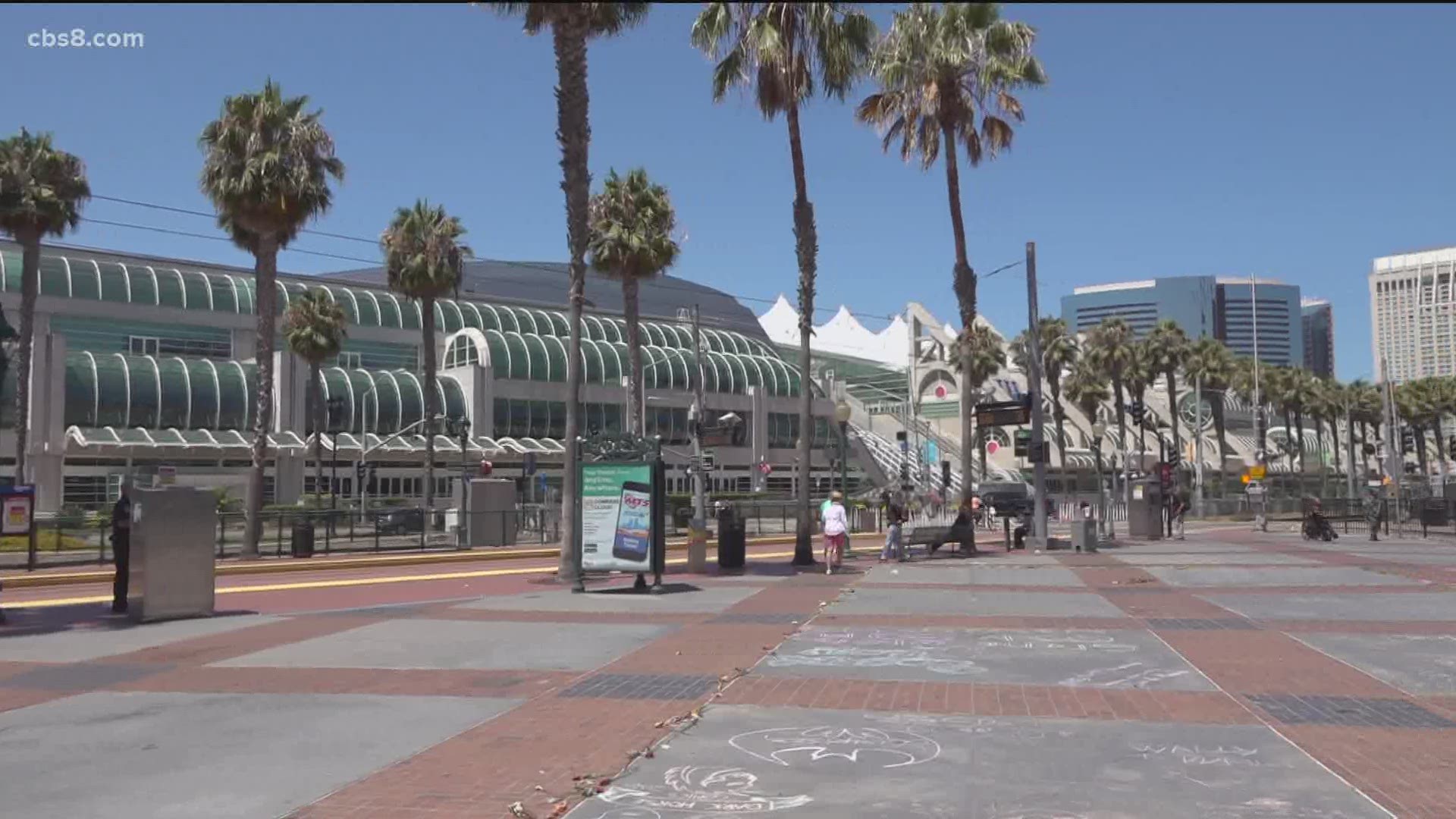 SAN DIEGO — Comic-Con@Home is in full swing, but this year is quite a bit different from all previous years. Fans all over the world can participate in a virtual experience from their couch.

The virtual experience means the streets of downtown are left empty.

Jerry Levy, owner of the Tin Fish said he can’t believe what the streets looked like this weekend. He said his patio normally would face what he calls the Comic-Con playground across from the Convention Center.

A Comic-Con shrine has also been set up in front of the Tin Fish Restaurant to honor the pop culture event.

Even though you won’t see many people in costumes, dozens of cosplayers donated blood at the San Dieo Blood Bank on Saturday. Since 1976, the The Robert A. Heinlein Blood Drive has been hosted by San Diego Blood Bank in partnership with Comic-Con.

The San Diego Blood Bank’s motto for this blood drive is, “Saving lives is your superpower.”

RELATED: Here's how to watch San Diego Comic-Con from home