The massive free festival had originally been pushed back to October by the coronavirus outbreak, but has been cancelled until next year. 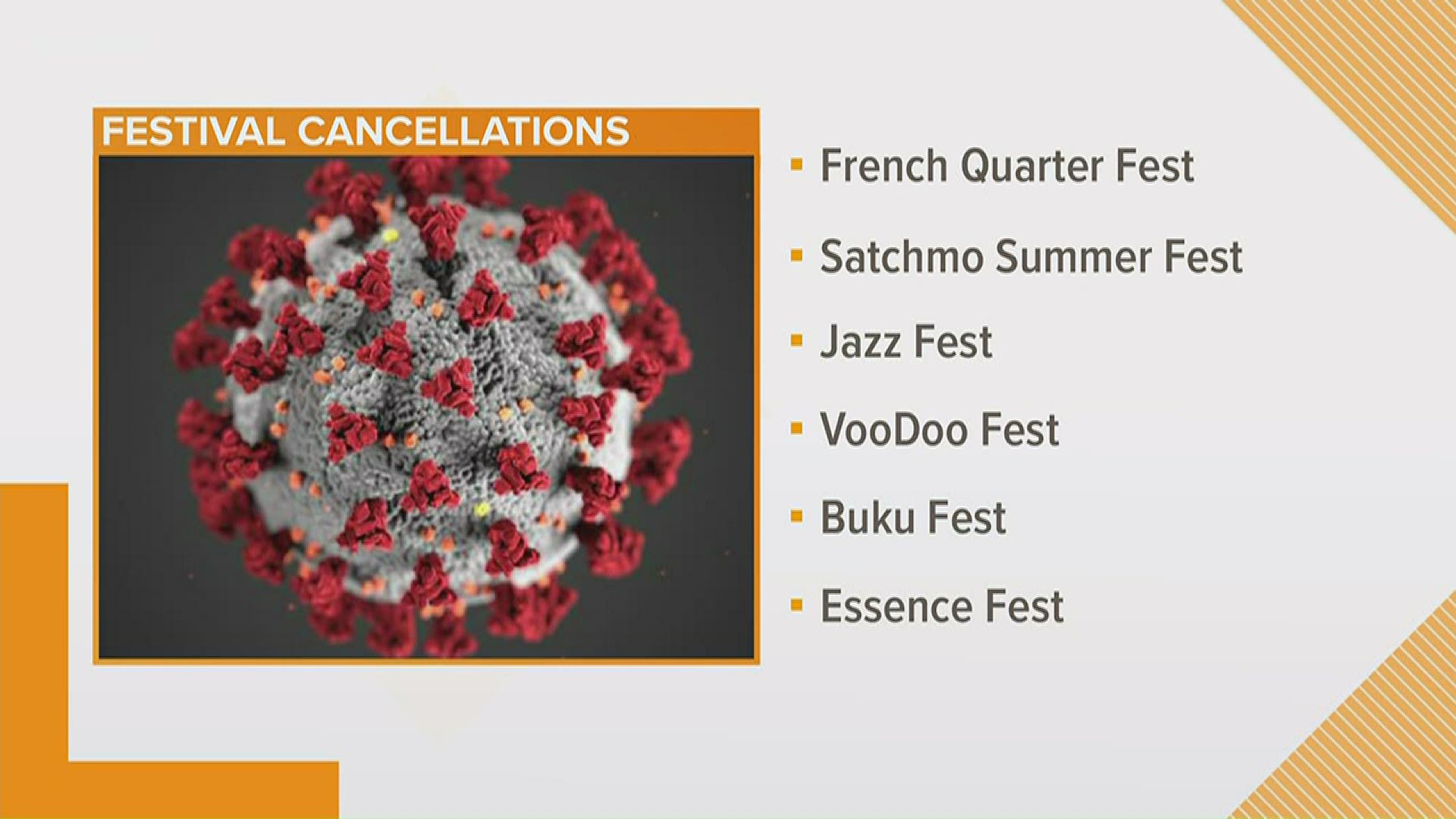 NEW ORLEANS — French Quarter Festival, the annual free music and arts celebration loved by locals and tourists alike, has officially been cancelled because of the coronavirus pandemic.

It's the latest of the city's major festivals to cancel its 2020 event completely.

Satchmo SummerFest, the ode to legendary New Orleans trumpeter Louis Armstrong that has been put on by French Quarter Festival, Inc. for the past 20 years, is also cancelled.

Originally scheduled for April 16 - April 19, 2020, French Quarter Festival was one of the first large events to postpone because of the COVID-19 outbreak in Louisiana. As of Thursday, more than 2,000 people had died from the respiratory disease and there were 30,000+ confirmed cases statewide.

It was postponed until the beginning of October, but organizers announced Thursday they were cancelling until 2021 at the direction of city leaders and for "...the safety of fans, musicians, staff and partners."

RELATED: More than 2 million people were 'Festing in Place' over Jazz Fest weekend

The 37th annual festival would have been headlined by local favorites Tank and the Bangas, John Boutté , Amanda Shaw, Irma Thomas and the Hot 8 Brass Band. It was set to host more than 300 performances across its 25 stages.

"For the remainder of the year, FQFI will refocus our energy on innovating to create new ways to deliver on our mission in 2020," organizers said.

"We’ll all be dancin’ in the streets!" organizers said.

The festivals follow ESSENCE Festival, Jazz Festival and Voodoo Festival in cancelling as a result of the COVID-19 pandemic. Those organizers made their announcements shortly after New Orleans Mayor LaToya Cantrell recommended no large gatherings take place in the city for the remainder of the year.

"My recommendation is absolutely no large events such as French Quarter Fest and Jazz Fest, even Essence Festival (in 2020)," Cantrell said in mid-April. "The focus should shift to 2021."

The full extent of how cancelling these festivals will impact the local economy is yet to be seen. As of May 7, city leaders projected a deficit of $170 in New Orleans' annual budget due to the pandemic.

French Quarter Festival began in 1984. The last time the festival was impacted was in 2018, when the Saturday events were cancelled because of severe weather.