The freshly planted trees will need some time before they can withstand the weight of Carnival season. 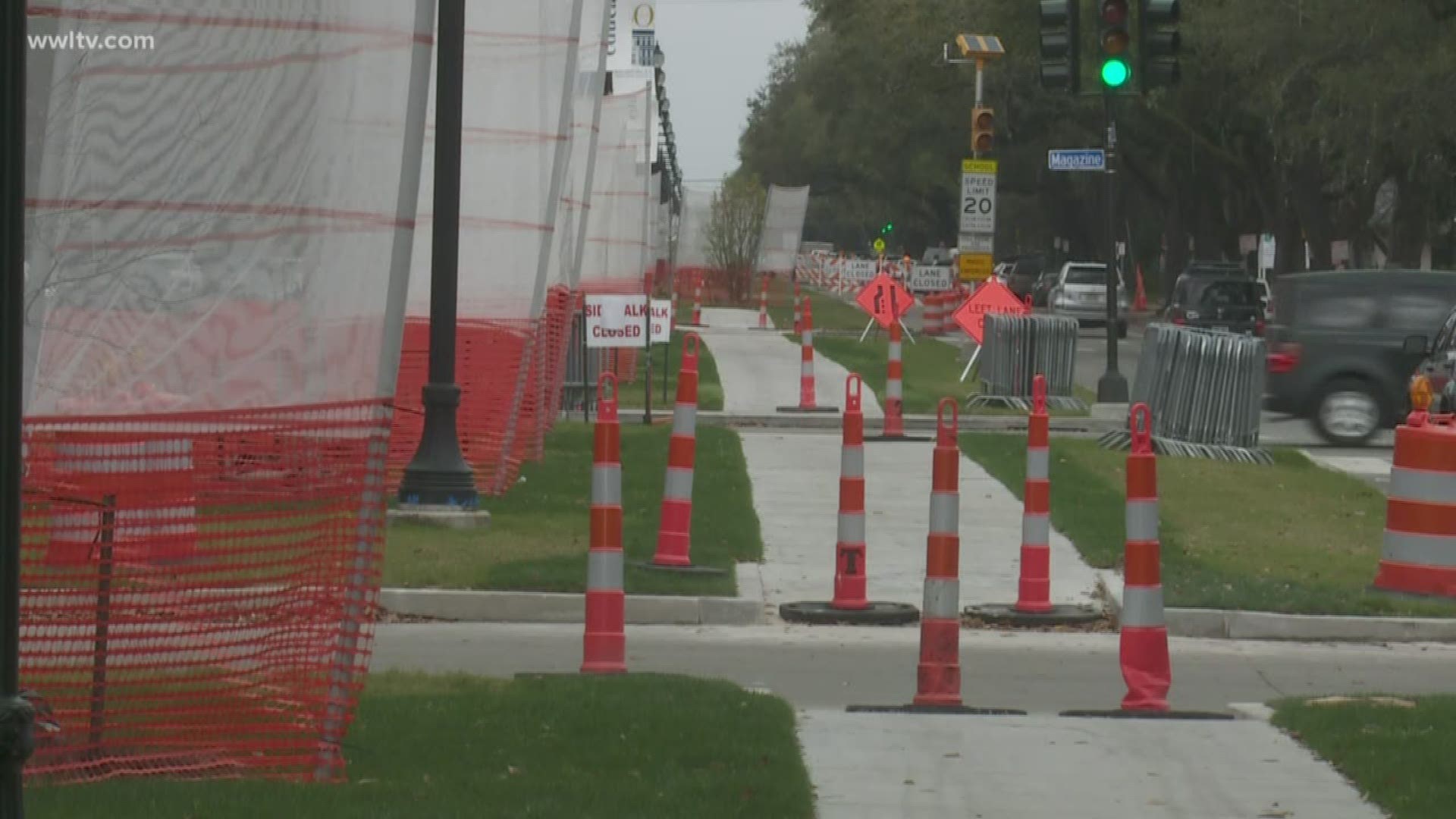 NEW ORLEANS — Along Napoleon Avenue in Uptown, there's an addition this year to the traditional trio of Carnival colors: Purple, green and gold -- and orange and white?

Orange and white netting is all over the place, and all along the neutral ground are new trees that were recently planted.

"Before, when they had dug everything up and our houses were shaking constantly, it wasn't very pleasant,” said Joann Albrecht, who lives on Napoleon. “But this is fine. This is pretty. The trees are pretty."

They're the finishing touches for the SELA drainage project along Napoleon.

Trees along the avenue were cut down for SELA in 2013. Albrecht is happy to see them return.

But flooding isn't the only only-in-New-Orleans problem the Corps of Engineers had to factor in with this project.

Protecting trees from beads was another problem to which the Corps needed to find a solution.

“Those are baby trees,” Uptown resident Keith Ranna said, “and they're not going to be able to withstand it."

Beads that dangle from trees on St. Charles Avenue are one thing. And while some branches on these young trees might look like a little kid reaching for beads, they'll need some time before they can withstand the weight of Carnival season.

“I love Japanese magnolia trees and I said, ‘They'll never make it through Mardi Gras,’” Ranna said. “So I think that's a great idea.”