Although the flavor was available since 2012 in areas that celebrate Mardi Gras, Blue Bell said that starting Wednesday the limited edition flavor will be available in all stores that sell Blue Bell products. 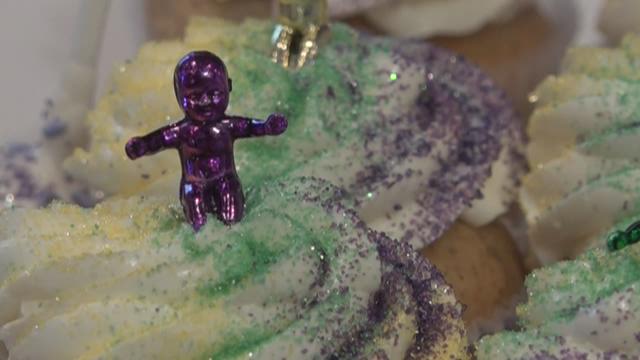 Although the flavor was available since 2012 in areas that celebrate Mardi Gras, the company said that starting Wednesday the limited edition flavor will be available in all stores that sell Blue Bell products.

"Last year a grocery store in Louisiana posted about the flavor’s arrival on its Facebook page and we started receiving requests from all over the country," Blue Bell corporate sales manager Carl Breed said. "After that, we decided to share this festive flavor with everyone in our distribution area.”

The company describes the flavor as a cinnamon cake flavored ice cream with pasty pieces, cream cheese swirl and candy sprinkles. It is a combination of Blue Bell's "Mardi Gras" and "King Cake" flavors.

From coffee to ice cream, businesses are cashing in on the king cake craze in a unique way. Because of the trend, there are also plenty of new odes to the famous King Cake to keep your stomach full all winter long.

"Cake pops, cupcakes and we have a ton of other king cake inspired deserts each day," Jenny and Jessica Pacaccio from The Sweet Life Bakery told WWL-TV in 2017. "We just started making a ton of different things in the featured flavor and it's really taken off."

When asked what the King Cake means to New Orleans, Chef Bryan Gilmore said the dessert has become a mascot.

"Everybody's heard of it. I think if you're not from here people don't know exactly what it's about but Mardi Gras is so important to our city's cultural center," Gilmore said.