Arguably the biggest spectacle of Mardi Gras, Endymion announces it won't hold any of its events in 2021. 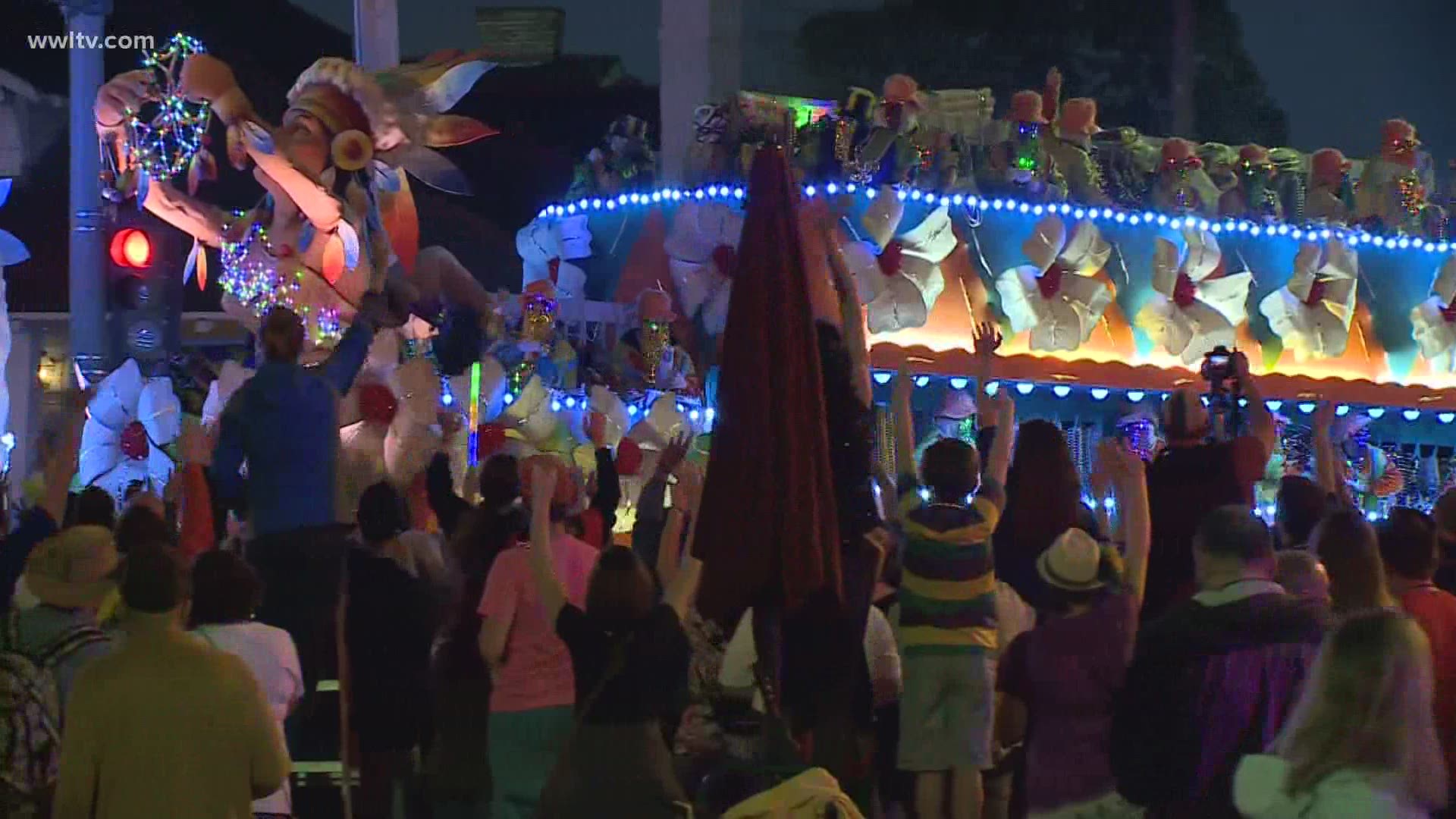 NEW ORLEANS — Just a couple of days after it was announced that there would be no parading in the city of New Orleans for the 2021 Carnival season, Endymion has announced that all of its events associated with Mardi Gras are cancelled.

"It is truly unfortunate that present circumstances prohibit the Krewe of Endymion from presenting the full Endymion Experience of a Coronation Ball, Parade and Extravaganza for the membership of our krewe, their families and the people of New Orleans."

Endymion, like most parades, were well underway in preparing their events for the upcoming season and said they were surprised by the city's announcement earlier this week.

Earlier this year, Endymion's parade was cut short when a spectator was killed after falling under a float.

Arguably the biggest spectacle in all of Mardi Gras with fabulous lights, massive floats and generous throws, Endymion is one of the few parades not restricted to an Uptown route. Spectators often camp out days in advance.

The Krewe stated in an email that any membership dues or product orders paid by members would be applied to the 2022 parade.