The Krewe of Endymion rightfully holds a place in Carnival history, as one of the largest, most spectacular night parades. Now with its 2020 parade it is turning an eye on other history-making dynasties.

This year's theme is Endymion's Historic Dynasties. Floats designed by artistic director Henri Schindler and constructed by the artists of Kern Studios depict dynasties that span from ancient time through the Middle Ages to modern time.

The krewe opened its float den on Saturday to give members, their families and guests a preview. 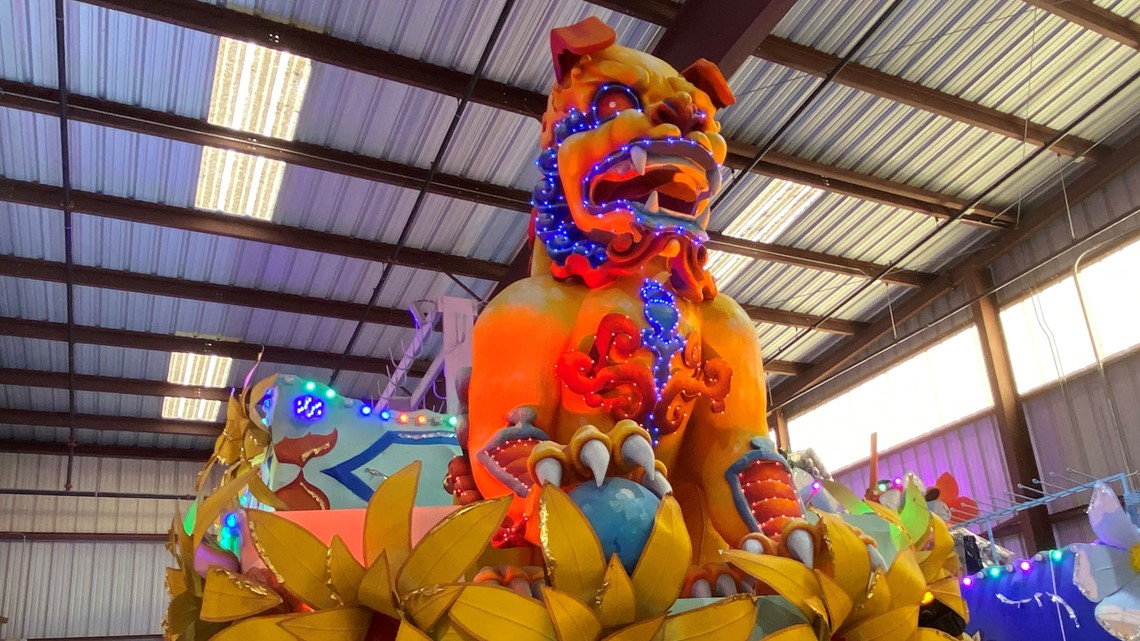 01 / 19
Float for the Ming Dynasty, the ruling dynasty of China from 1368 to 1644.
02 / 19
Endymion float honoring the ancient Atreids dynasty.
03 / 19
Endymion float depicting the Napoleon Bonaparte dynasty.
04 / 19
Endymion float for the Tang Dynasty, which ruled in China from 618 to 907.
05 / 19
A second float pays tribute to Emperor Kao Tsu, the founder of the Tang dynasty.
06 / 19
The Rustamid Dynasty was a ruling house of Persian descent centered in Algeria.
07 / 19
Float depicting the 17th Dynasty of Egypt, dating approximately from 1580 to 1550 BC.
08 / 19
Ix Chel, also called Goddess O, a feminine deity in the Mayan pantheon. This is on the Yax Kʼukʼ Moʼ float.
09 / 19
The Chakri Dynasty is the current ruling royal house of the Kingdom of Thailand.
10 / 19
Float symbolizing the Mughai Dynasty with a large hand denoting its ‘iron hand rule.'
11 / 19
The Peacock Throne, the famous jeweled throne that was the seat of the Mughal emperors in India.
12 / 19
Figure on the front of the float of France's House of Bourbon.
13 / 19
Float depicting England’s House of Tudor (14th century).
14 / 19
The 18th Dynasty of Egypt which spanned from 1549 to 1292 BC.
15 / 19
The Argead Dynasty, which was an ancient Macedonian royal house of Dorian Greek provenance.
16 / 19
A monstrance adorns the Papal Dynasty float, depicting the Roman Catholic Church's more than 2000-year history.
17 / 19
The Amorites, an ancient people from Syria & Mesopotamia in 21st century-17th century BC.
18 / 19
Float for the House of Habsburg, one of the most influential and distinguished royal houses of Europe.
19 / 19
The last float honors Endymion founder/captain Ed Muniz and the Endymion Dynasty he created.

The 49 theme floats, which will carry 3,200 riders, are in addition to the krewe's signature floats, all of which feature colorful artistry, imaginative figures, and state-of-the-art programmable LED lighting.

In addition to historic dynasties from Europe, Asia and ancient times, Endymion pays tribute to Carnival dynasties, with floats honoring the Rex and Comus dynasties and the Endymion dynasty itself. The final float in the parade honors Endymion founder Ed Muniz, who created the krewe 54 years ago. 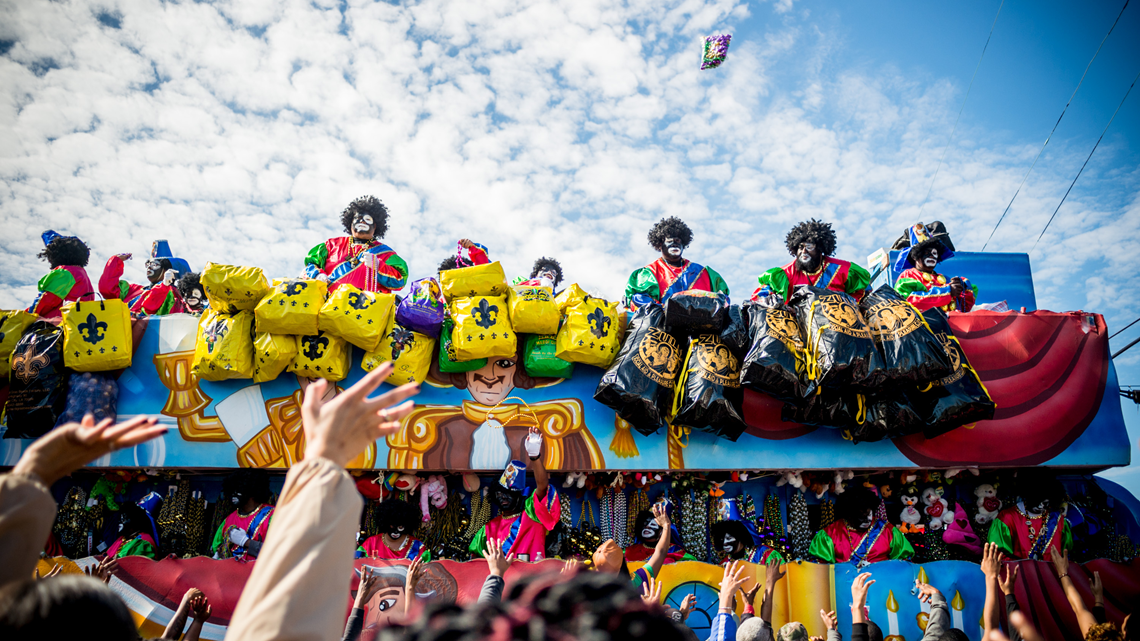 Mardi Gras 2020 Parade Schedule
Mardi Gras 2020 in New Orleans is set for Tuesday, February 25. Even though you might have to wait until the end of February for Endymion, Bacchus, Orpheus, Zulu, and Rex, the first parades start rolling earlier. The dates and times on this calendar are tentative at this time as several parishes are in the midst of finalizing their schedules.