'Grounds Krewe' to give out recycling bags during Mardi Gras parades

If you see Davis strolling by, he says don’t hesitate to say hey and feel free to throw your beads his way. 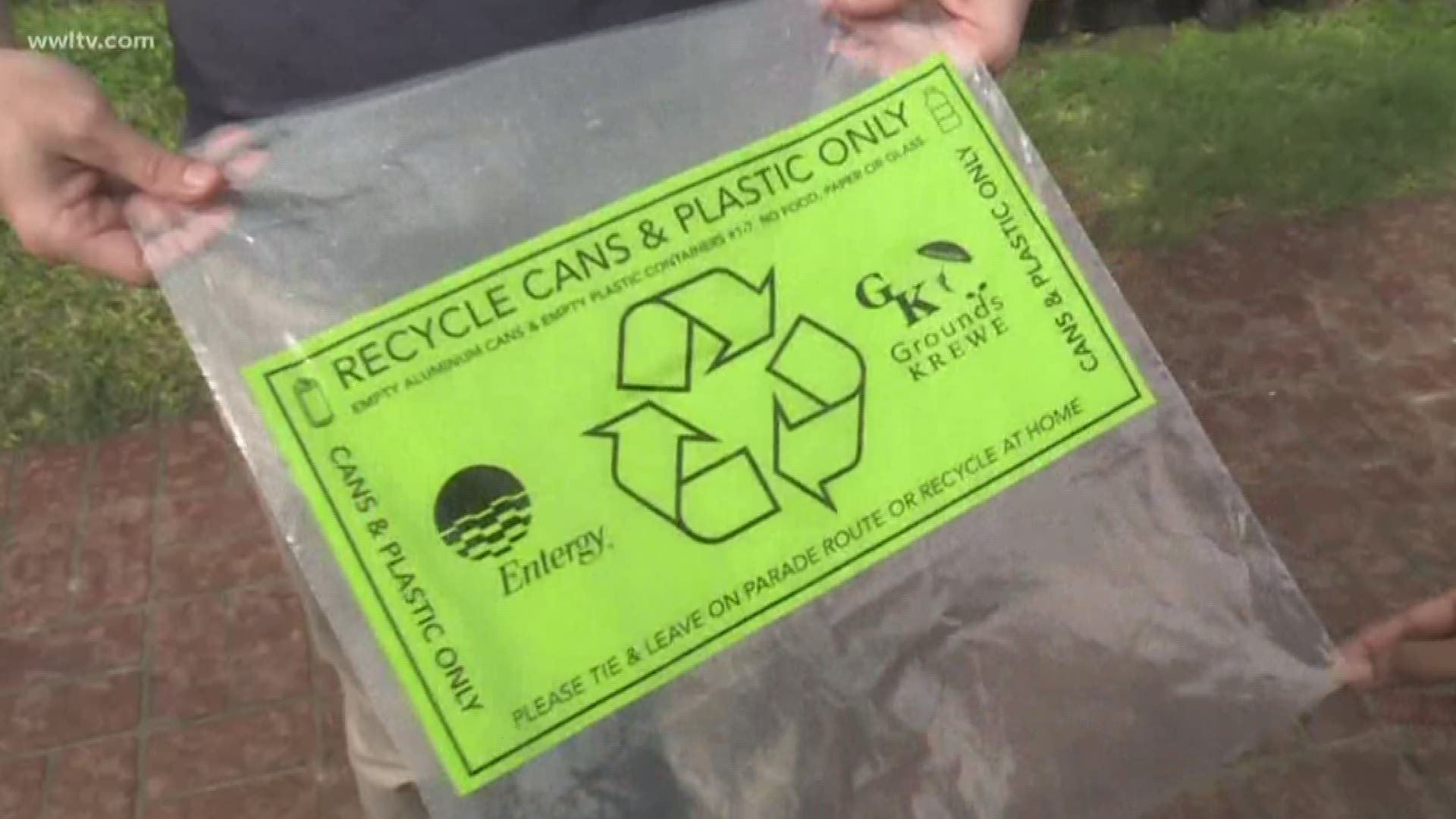 Cruising around in a green cart, Brett Davis is on a mission this Carnival season. He’s not a parade vendor. His ambitions center around a different type of green.

“Instead of selling something, we’re going to be handing out these bags that the public can take,” Davis said.

RELATED: Help the environment by throwing beads at the NFL commissioner

“I am forming a program this year with the Krewe of Muses and the Krewe of Thoth where we’re going to be going before the parades and passing out recycling bags to the public. We have two types: Ones for throws, and ones for disposable wastes, so cans and bottles. We’re gonna pass these out to members of the public,” Davis said.

All people would have to do is leave the bags out on the street and Davis' krewe will be out at the end of the parade to pick them up with two trucks. Davis is pushing this initiative not only to clean up the mess left behind, but to help the city.

“Last year, 2.4 million pounds of trash was picked up off the street in two weeks of Carnival. And that’s actually a growing number. That’s a growing waste amount. So, we really to address this and get ahead of it,” Davis said.

Davis’s bright cart certainly caught the eye of Uptown Native Roddis Finley while he was out listening to music.

“I said, 'this man done took a basket and made a business out of it,'” Finley said.

“It’s a great idea to kind of pick that stuff up out the basins you know! Excellent. He can patent that idea and get a lot of people in the baskets. They can kind of you know, make a recycling business out of it,” Finley said.

If you see Davis strolling by, he says don’t hesitate to say hey and feel free to throw your beads his way.

For more information on the recycling initiative, visit the Grounds Krewe website here.