Help the environment by throwing beads at the NFL commissioner

The float will be rolling at the end of four Jefferson Parish parades this year. 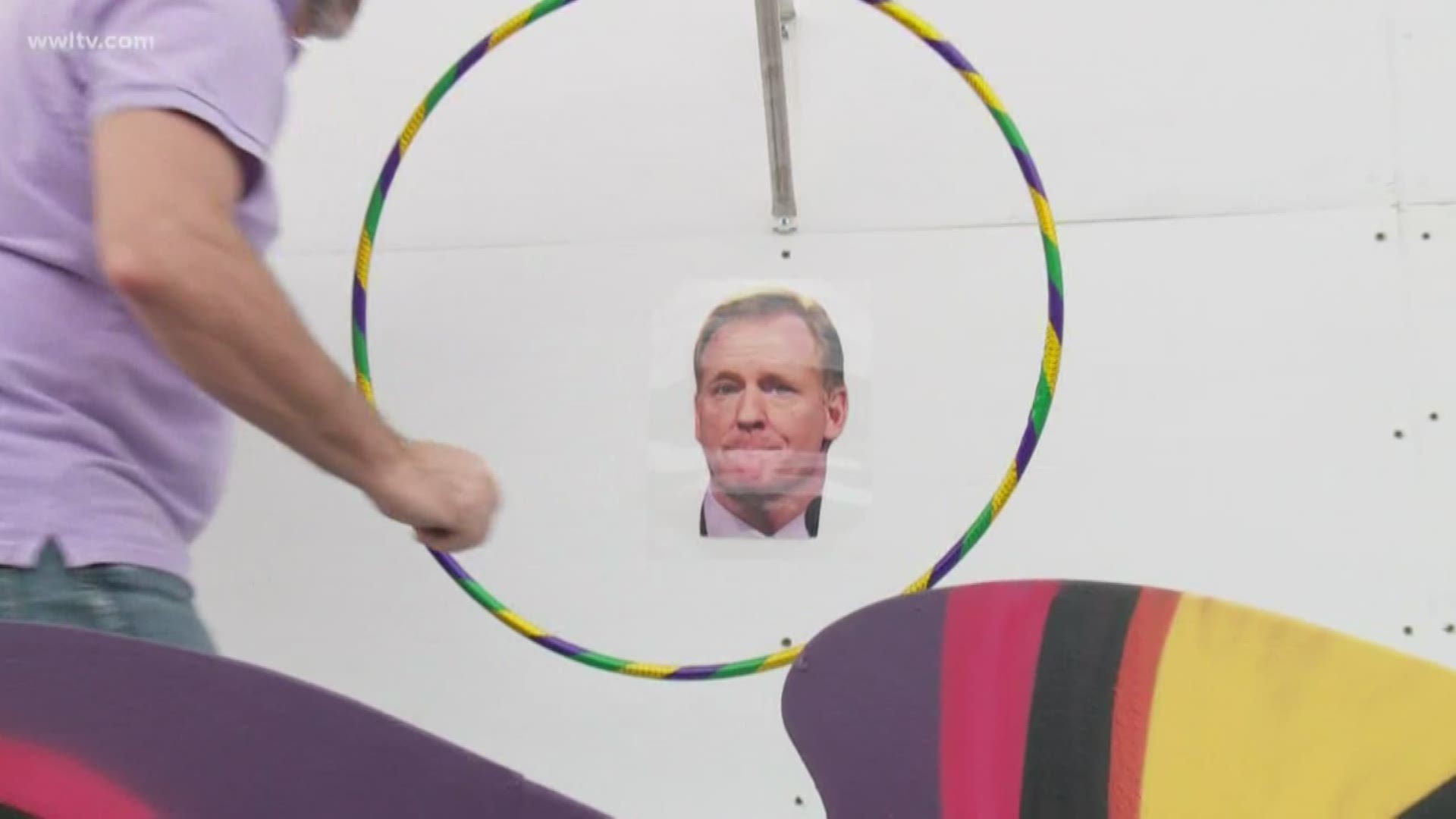 JEFFERSON PARISH, La. — With parade season in full swing, there's an effort to make sure all those unwanted beads and throws don't end up going to waste on the streets.

Be on the look out for the "throw 'em back" float, where parade-goers can toss their beads at an image of NFL commissioner Roger Goodell.

RELATED: Go ahead and toss 'em back, JP council says of beads

The float will be rolling at the end of four Jefferson Parish parades this year.

You can gently toss the beads and throws you don't want into the float.  They'll be recycled by ARC of Greater New Orleans which employees and benefits people with disabilities.