A new Krewe has gained more than 1,500 members with the hopes Carnival will still be something special 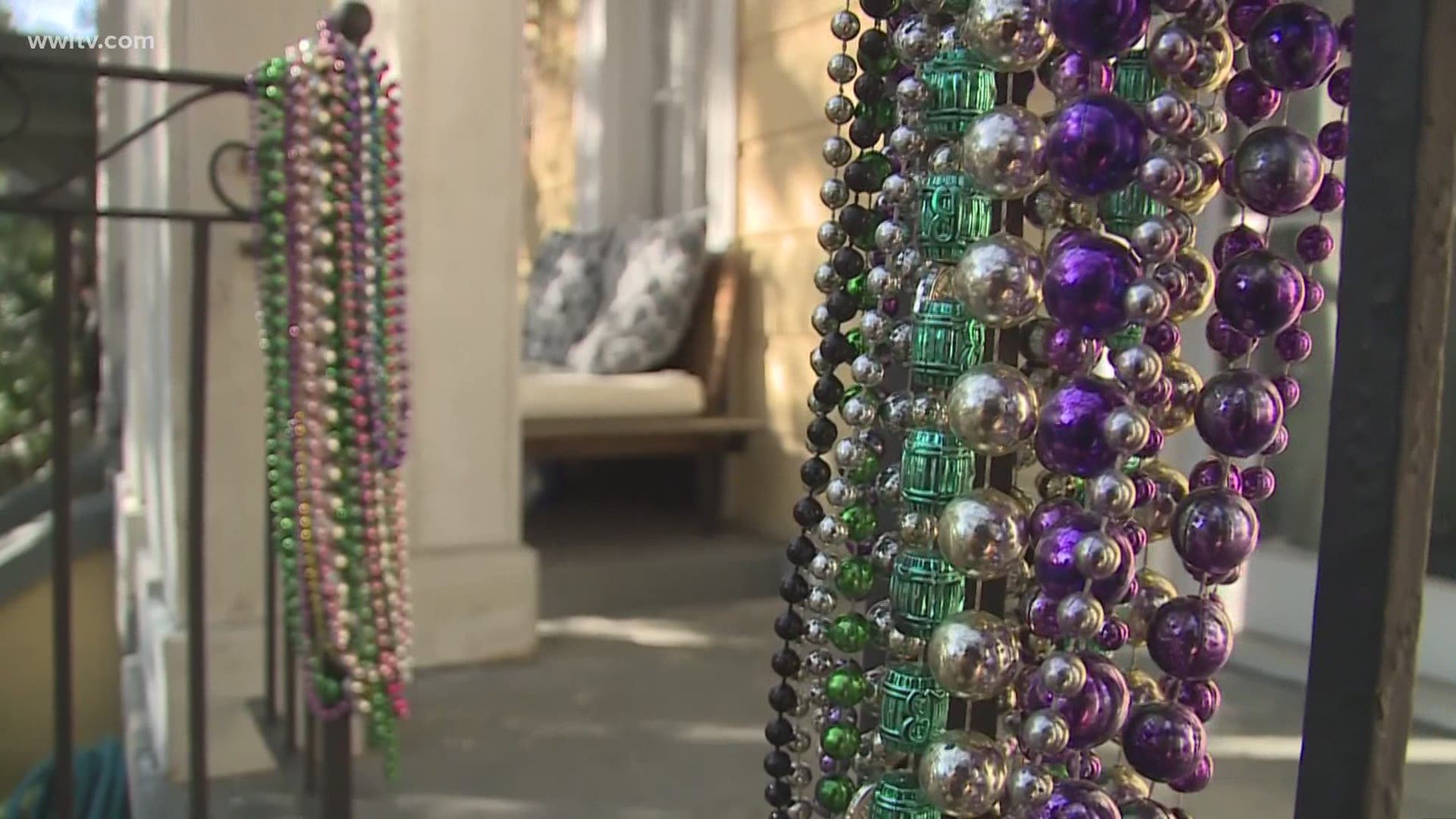 NEW ORLEANS — News New Orleans' Carnival parades have been cancelled has upset a lot of people. However, in true New Orleans fashion, many around town are joining together to create a fun alternative to try to keep the Carnival season unique.

If you were to ask Megan Boudreaux her favorite holiday, the answer is easy.

So when she heard there would be no parades in 2021, she was sad, but she understood why.

"We'd already been kind of talking about Mardi Gras isn't going to be normal," Boudreaux said. "I'm really relieved they cancelled, I think it's not a good idea to have a big group of people on the streets, not yet anyway."

So, jokingly, Boudreaux came up with a backup plan.

"I made an offhand Twitter joke I was going to decorate my house and throw things at my neighbors," she said.

People though caught on. And 48 hours and more than 1,500 people later, the Krewe of House Floats was created.

"Just kind of made sense," she said. "What are people going to do with their time if you can't do your parade? And that's a lot of the feedback I'm getting from people, is like I'm glad to have a project and something to look forward too."

The idea is rolling from the West Bank to the Northshore. Which means come Carnival, houses all over the area will be decorated for people to walk or drive by and admire.

"For me personally I'm going to literally make giant, fabric flowers and tape them to my house," Boudreaux said. "I've had people tell me they'll turn their house into a truck float and I've talked with people who were like I'm going to figure out how to put a giant T-Rex on my house."

While there are sure to be unique interpretations, Boudreaux just wants to give New Orleans something to smile about.

"It's just, this year has been so hard for everyone, and it's so exciting to see people have something to look forward too, be happy about," she said. "It just goes to show you can't keep New Orleans down and I'm really grateful that people are stepping up to make it work."

Which hopefully will make Carnival 2021 a season something special.

Currently a website is being created, www.kreweofhousefloats.org. There's also a Facebook group people can join if interested. There are also sub-Facebook pages for specific neighborhoods which you can also join if wanting to participate.