Krewe of House Floats is a lifeline for some local artists 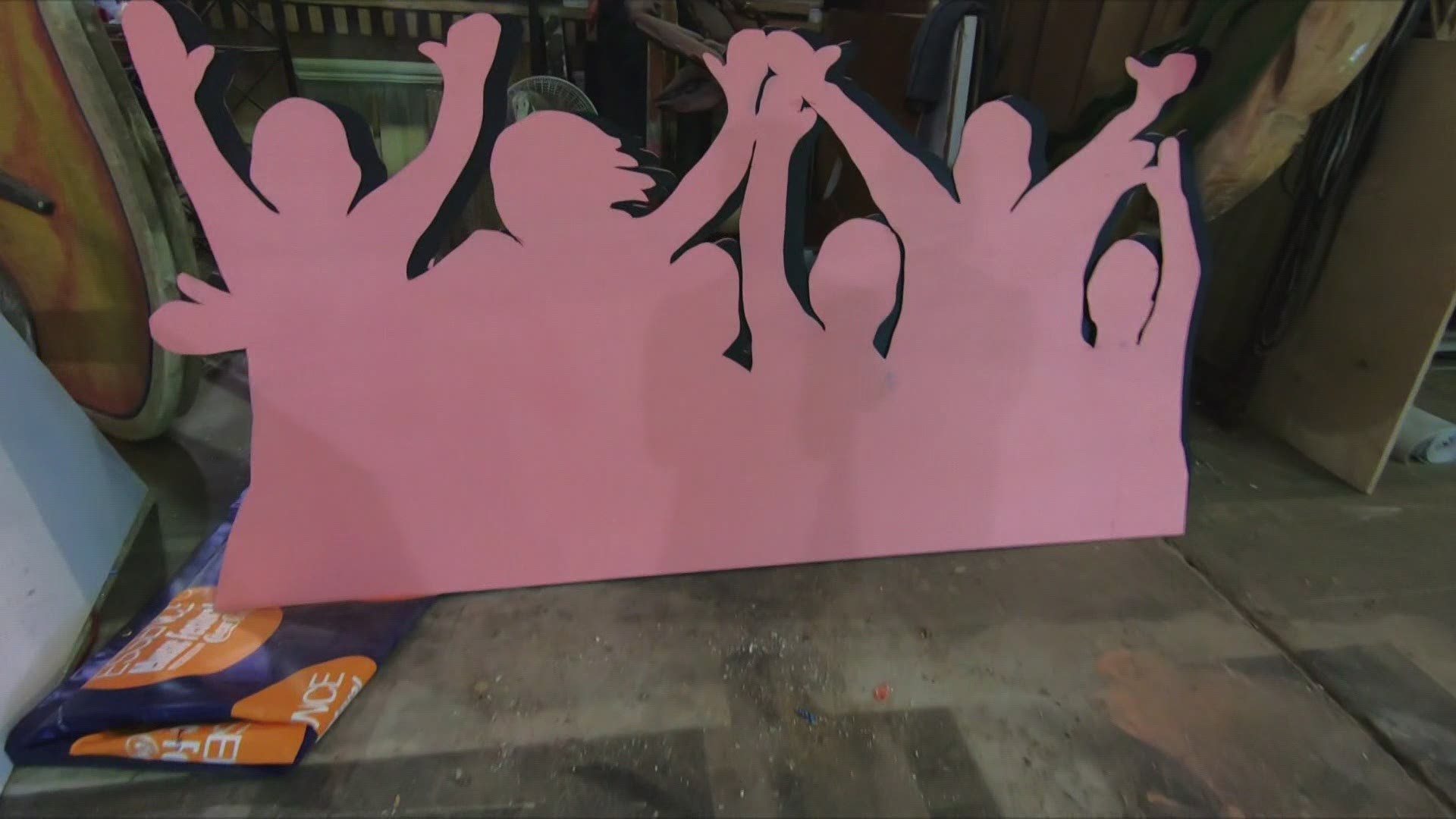 NEW ORLEANS — The idea behind the house floats we see around the metro area is to offer an alternative, yet safe way to celebrate Mardi Gras during the pandemic. What started as way to fill the void of parades and floats is now becoming an economic lifeline for some businesses. Stronghold Studios in Mid-City is rebounding from the pandemic in a way that’s only possible in New Orleans.

“We normally don’t do Mardi Gras stuff, but because the whole city wants Mardi Gras décor for their homes, we jumped right in,” said Coco Darrow.

Darrow says that decision to join the grassroots Krewe of House Floats saved the family-owned studio.

“Before the Krewe of House Floats, we had nothing. There were no jobs for months and we were barely surviving. We were about to close our doors,” said Darrow.

Before the pandemic the studio’s money maker was Jazz Fest. You’ve probably seen their creations on facades and the stages at the Fair Grounds. When the fest canceled last year, the studio went silent.

“There was nobody here, nothing going on,” said Darrow.

RELATED: Mayor says visitors welcome for Mardi Gras, but they need to respect the rules

A new year brought some new life. Through the Krewe of House Floats, the studio tapped into a local network connecting customers hungry for the Carnival experience to businesses hit hard by the pandemic that can satisfy that appetite. The studio recently hired nine employees, it’s now taking orders and Darrow can actually make plans.

“Compared to two months ago I know what the rest of the year is going to look like. That’s not something I could’ve said a couple of months ago,” said Darrow.

The artists here are very versatile and can customize any order, but the studio’s top seller is a fairly simple symbol.

“Oh yes they’re all over town. They go by different names, revelers, silhouettes, throw me something misters,” Darrow said.

You could also call them lifesavers and if you want to order one, you should do it on the studio’s website. They’re busy enough that they can’t always answer the phone. As the nation considers another multi-billion-dollar stimulus package, a micro movement focused on locals is proving it too can protect paychecks.