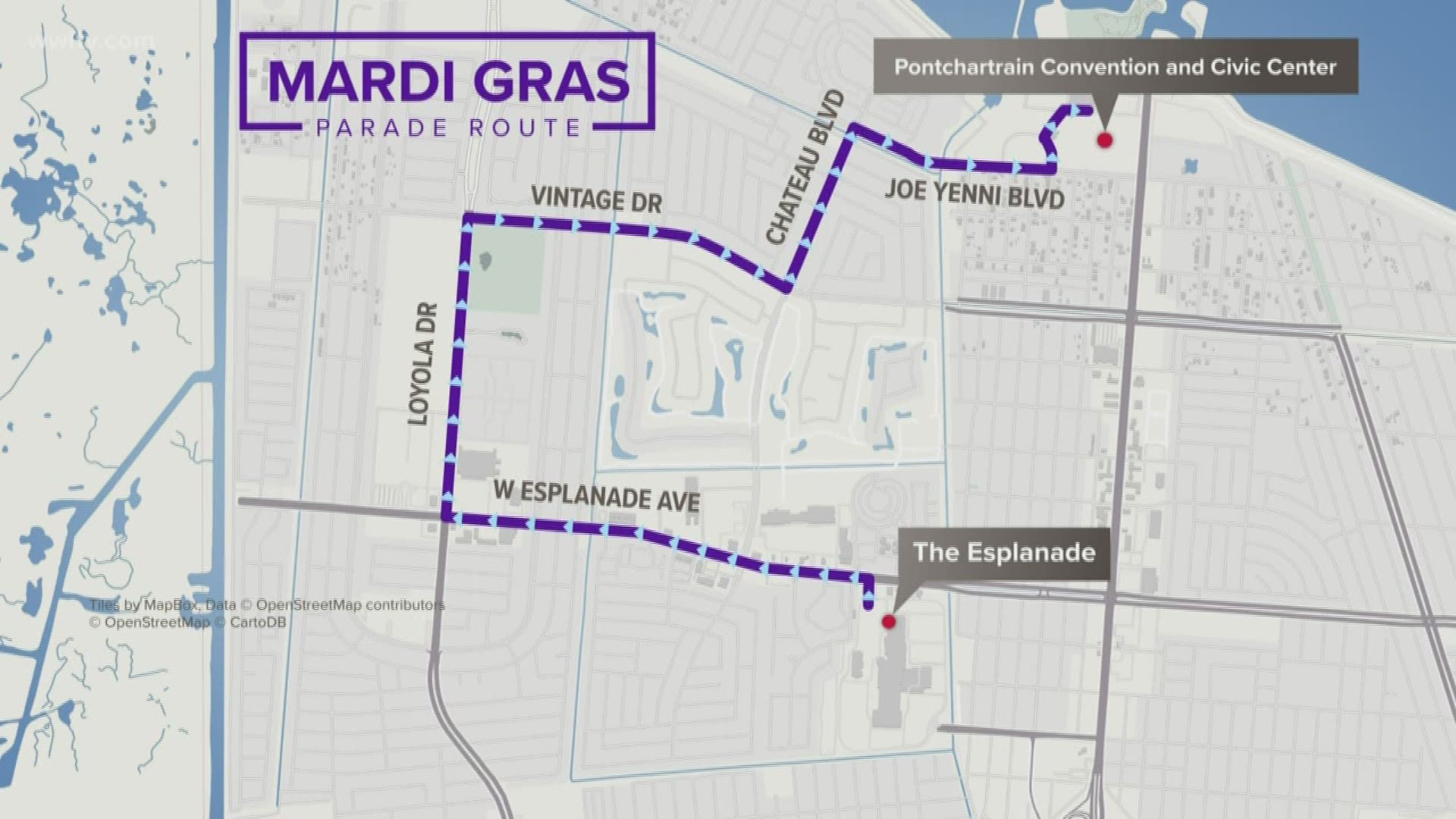 KENNER, La. — It’s June, but we're already talking about Carnival season – that’s because The Krewe of Isis announced Wednesday it’s heading back to Kenner for Carnival 2020.

The krewe will move from its traditional Veterans Memorial Boulevard route in Metairie to a new parade starting at the Esplanade Mall next Carnival Season, Kenner City officials and krewe officials said.

See the route below:

On Wednesday, there was a cheerful announcement featuring city officials and krewe Captain Sherrell Gorman.

RELATED: How healthy is Carnival in Jefferson Parish? It depends upon whom you ask

"Are my doors open to the Krewe of Caesar? Absolutely," Zahn said. "If they want to come to us, we're here. I'd love to have them."

The newspaper reports that Kenner has not hosted a full-scale Carnival season parade since 1992.

According to the New Orleans Advocate, while the krewe has paraded down the Veterans route for decades, the move to the new route is actually a return. Isis started in Kenner for its first seven parades.