"That's a big part of healing for children is fun. So, they'll have something to work for, work toward as sort of lagniappe." 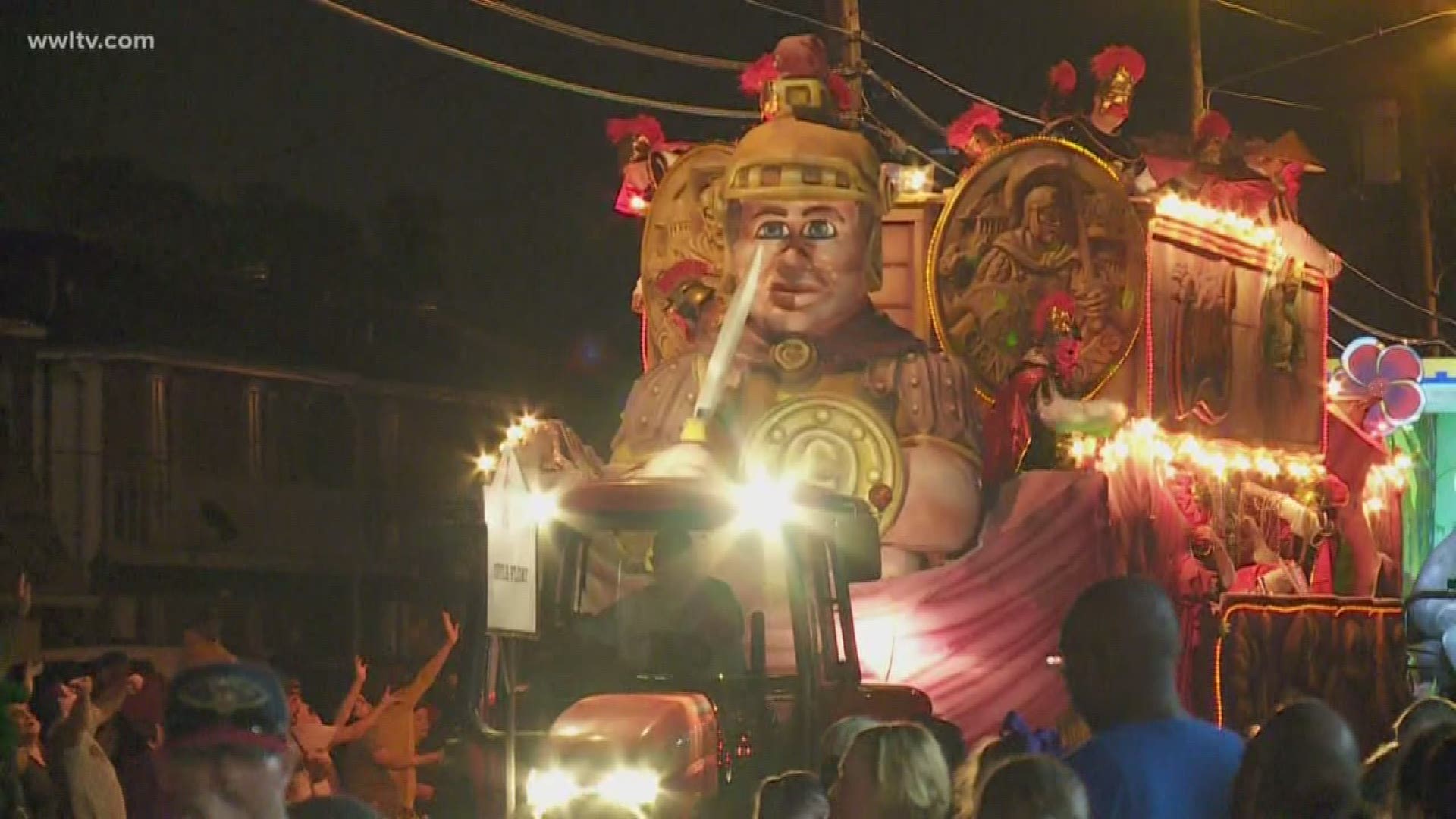 NEW ORLEANS — Not everyone gets to ride in a carnival parade.

But, a growing number of special children now get to experience that thrill of a lifetime compliments of businessman Mel Grodsky.

"We just want everybody to come out and support the children and to see them ride,' Grodsky said.

The Tuxedos to Geaux owner is now sponsoring two floats in this year's Krewe of Kings parade in Metairie. He had just one float last year.

Once again, Grodsky is donating all the spots on his both floats to patients and staff members at New Orleans Children's Hospital.

"If they want three next year, we'll give them three. But, no child will never, ever be left off of a float if they can ride on a float for us," Grodsky said.

Jonathan Brouk at Children's said being able to ride on a real Mardi Gras float is quite an incentive for kids going through grueling rehab and physical therapy.

"That's a big part of healing for children is fun," Brouk said. "So, they'll have something to work for, work toward as sort of lagniappe."

Children's is donating the throws for these special riders.

"Because it's the Krewe of Kings Parade, there will be crowns and other costumes and masks," Brouk said. "We'll have some beads with the Children's Hospital logo on it."

In recent years, two of his own grandchildren have been patients at the hospital.

"I've never seen such caring, wonderful people in my entire life," Grodsky said. "We said when we first started this that we wanted this to be an ongoing thing. We want to continue supporting Children's Hospital and giving the children and opportunity to ride."

This year's Mel Grodsky has another reason to get excited about the Krewe of Kings.

He and his daughter Sarah are the parade's king and queen.

The Krewe of Kings steps off Sunday at 5 p.m.

You can catch the parade along the Metairie route on Veterans Blvd., starting at Bonnabel  and ending at Clearview Center.