Mardi Gras floats to be altered for a safer parade season

Coming off a season of no parades, carnival leaders hope this simple change can add to a safer and bigger celebration next year. 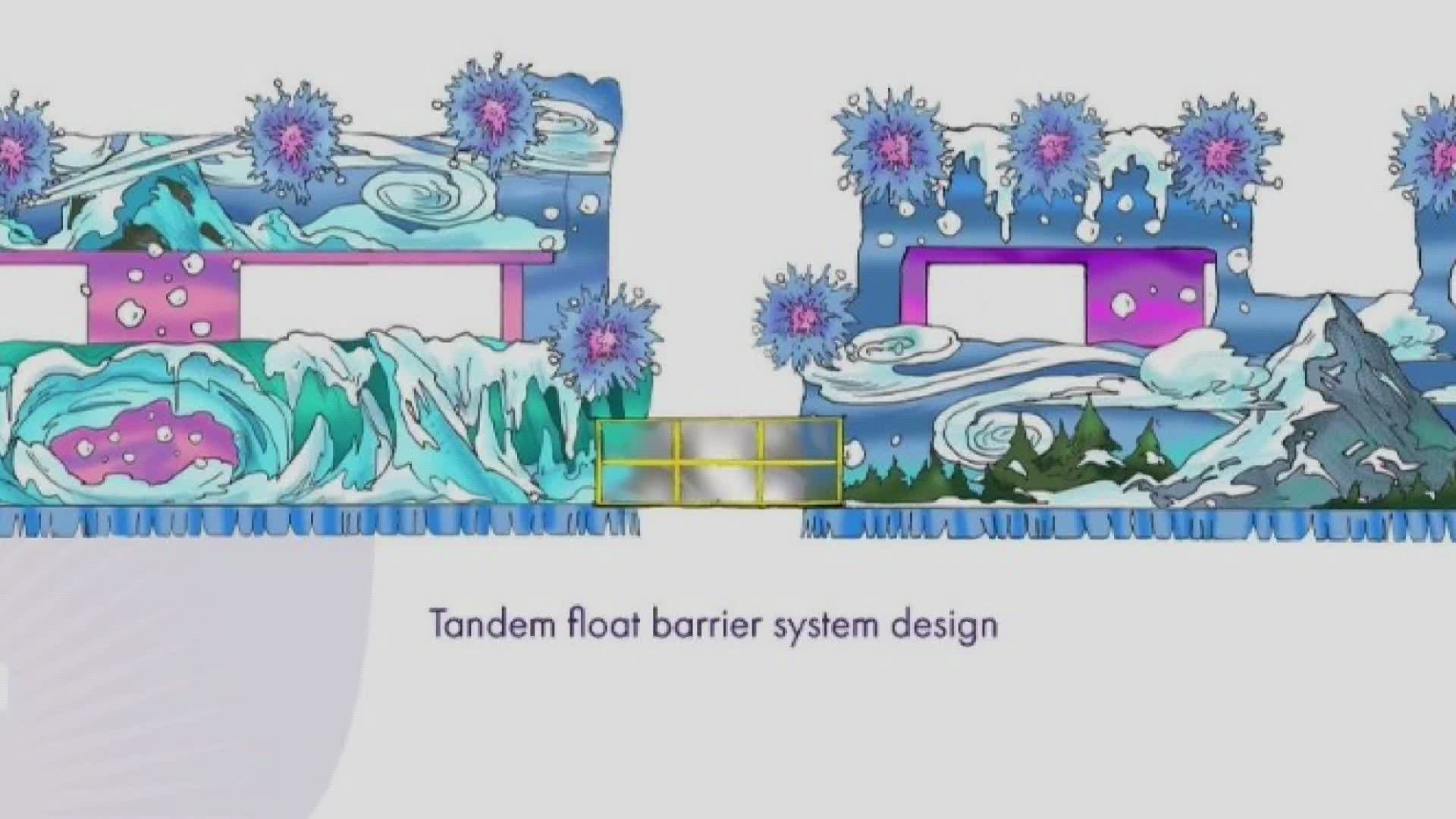 NEW ORLEANS — They’re big, they’re beautiful, and as 2020 proved, they can be deadly.  Moving forward tandem floats that roll through the streets of New Orleans must be decorated with a new safety requirement.

“It’ll be akin to what you see at construction sites, that orange flexible fencing ]that’ll be affixed to the floats,” said James Reiss co-chair of the Mayor’s Mardi Gras Advisory Council.

A draft of a new city ordinance would require the space between tandem floats to be enclosed, from the bottom corners, up to the riders. A rendering from Kern Studios shows what it’ll look it.

“It’s going to have to be something that’s so simple, so easy to install and interchangeable between floats, “said Barry Kern.

“It’ll still be something that you can see through to allow police and law enforcement or first responders to see if there is anyone or anything between the two floats,” said Reiss.

The change comes after two people were killed by tandem floats last year. Since there’s been a lot of talk about how to keep tandem floats part of the celebration while making them safer for parade-goers and riders.

“I think tandem floats are what make some of the larger krewes what they are. They’re able to bring new and creative ideas with tandem floats,” said Elroy James, co-chair of the Mayor’s Mardi Gras Advisory Council.

Each krewe will be responsible for their own tandem floats. Kern said making the modifications will be simple. Kern says the material is cheap and easy to install and will most likely go unnoticed to folks looking up, trying to catch throws.

“Carnival has gotten so big in the last 20 years, there’s more and more of these tandem floats now and hopefully it’ll stop another unfortunate accident from happening,” said Kern.

Coming off a season of no parades, carnival leaders hope this simple change can add to a safer and bigger celebration next year.

“I think this is going to be one of the biggest and best Mardi Gras ever, the city has ever put on,” said Reiss.