Mardi Gras may be different this year, but that doesn't mean you can't hear your favorite marching bands. 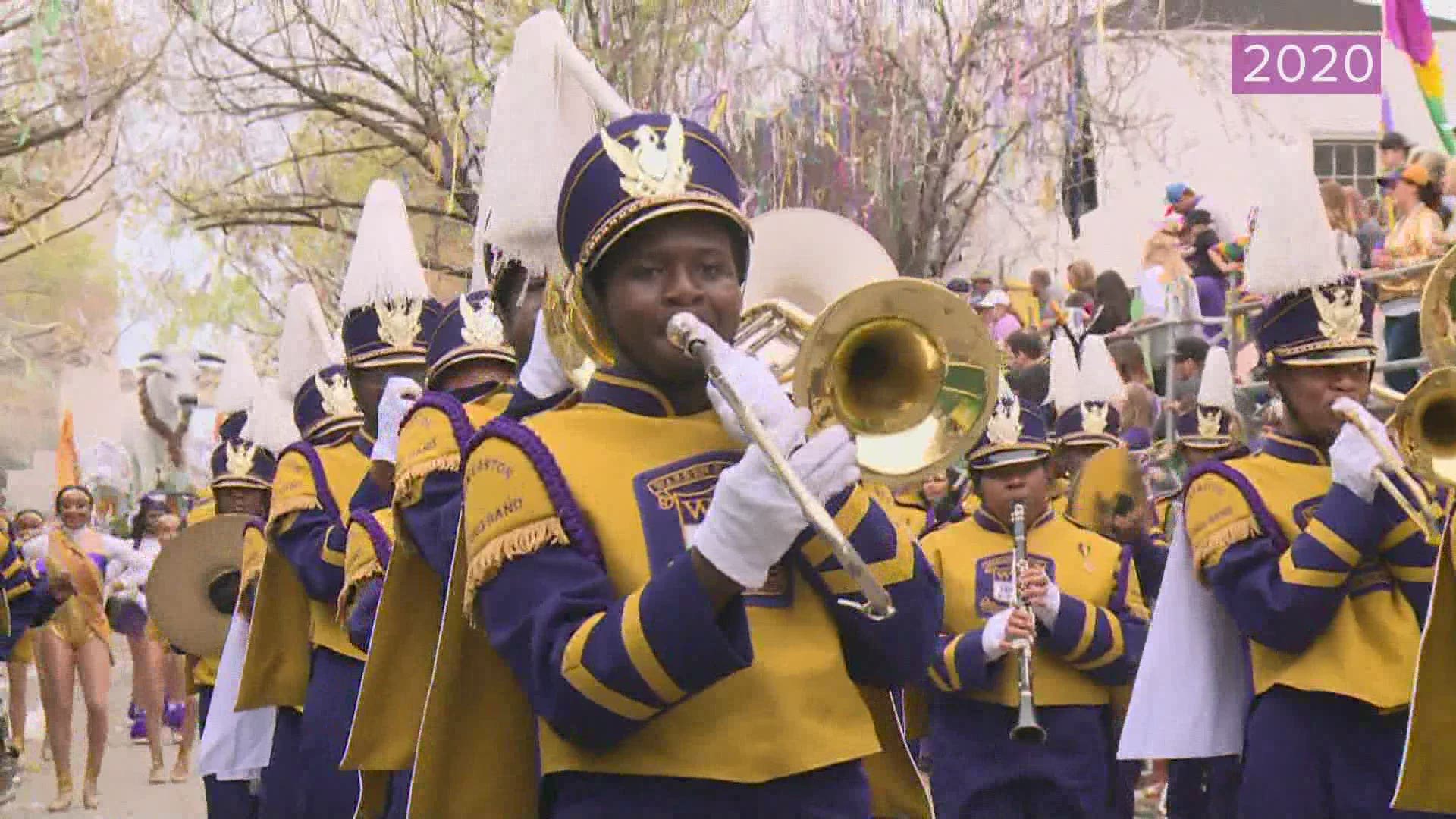 NEW ORLEANS — It's not a Mardi Gras parade without a marching band leading the way.

Even though there aren't any parades this year, WWL-TV is sharing performances from some of New Orleans' favorite Mardi Gras mainstays.

These videos include new performances from the likes of St. Aug's Marching 100, The Jesuit Blue Jays and John Ehret, as well 2020 performances from The US Marine Corps Band, The Golden Band from Tiger Land and Warren Easton High School.