Tuesday marks the final day of the Mardi Gras season, which began on Jan. 6. 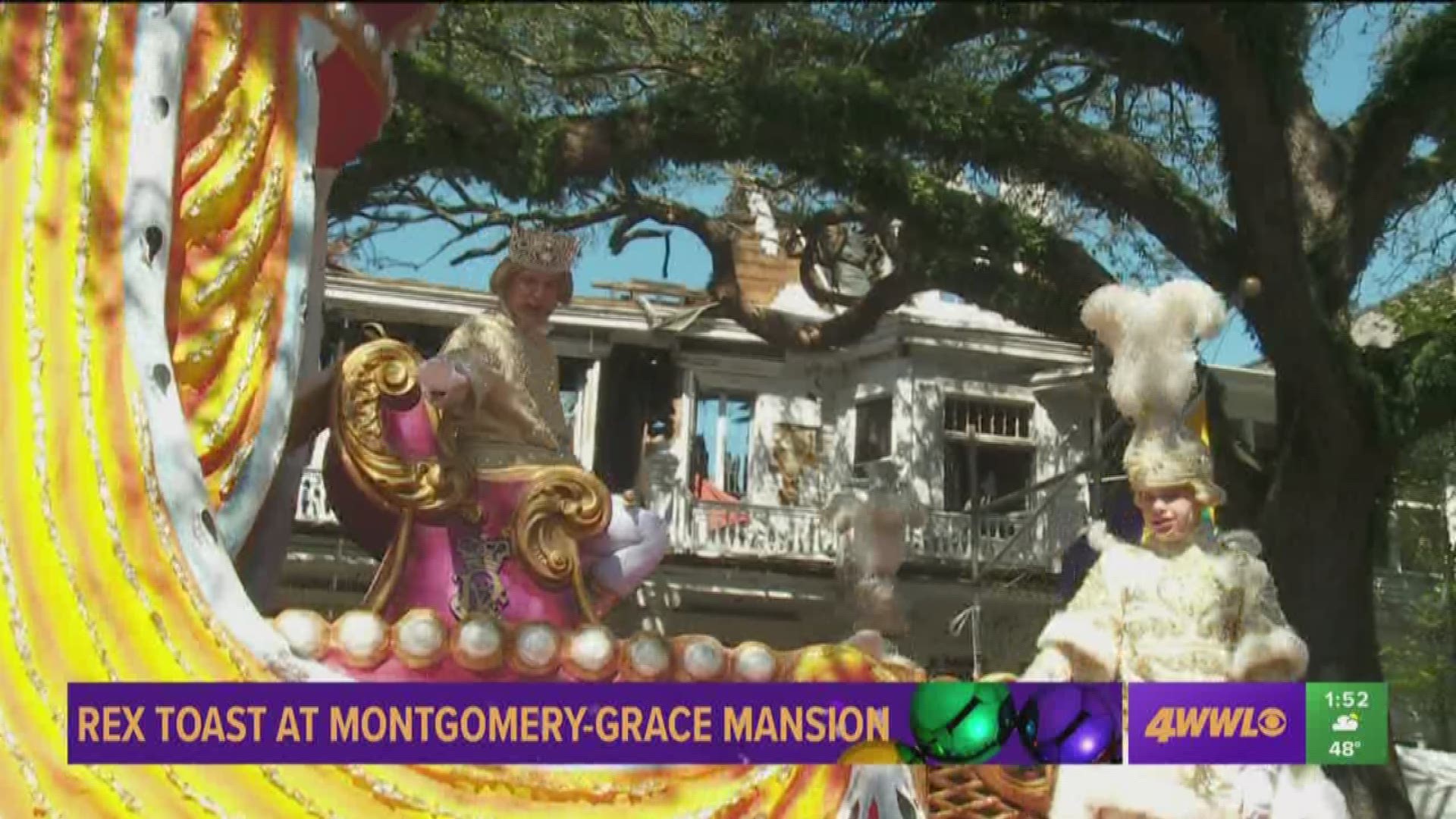 NEW ORLEANS — It was a bit cold, but clear and an otherwise awesome day for a Mardi Gras celebration and the city of New Orleans took advantage of it at every turn.

From crowds of bawdy revelers in the Marigny and the French Quarter to the family celebrations on St. Charles Avenue, in Metairie, Houma and the northshore to the Skull and Bones Krewe that start the day and the Mardi Gras Indians who traverse throughout it, it was a fabulous day.

Tuesday marks the final day of the Mardi Gras season, which began Jan. 6.

There were costumes aplenty, many magnificent in their colors and adornments. The most popular costume - by far - were of blind or disabled NFL referees, a nod to the city's belief that the New Orleans Saints were deprived of a berth in the Super Bowl when no call was made on an obvious pass interference, that the NFL later admitted should have been made.

1 / 10
AP
A group of parade goers dressed as blind referees show off the signs on their backs, Tuesday, March 5, 2019, in New Orleans. Such costumes have been popular at this year's Fat Tuesday celebrations as New Orleans Saints fans express their anger over the infamous "no-call" during the NFC championship game. (AP Photo/Rebecca Santanta)

Despite the temperatures, which started the day just above freezing and which peaked under 50 degrees, the crowds turned out en masse.

Lorenzo Bridgewater of Slidell, Louisiana, got to the parade route at about 4:30 a.m. to get a good spot.

Layers. That seemed to be the key to surviving a cold Fat Tuesday in New Orleans. 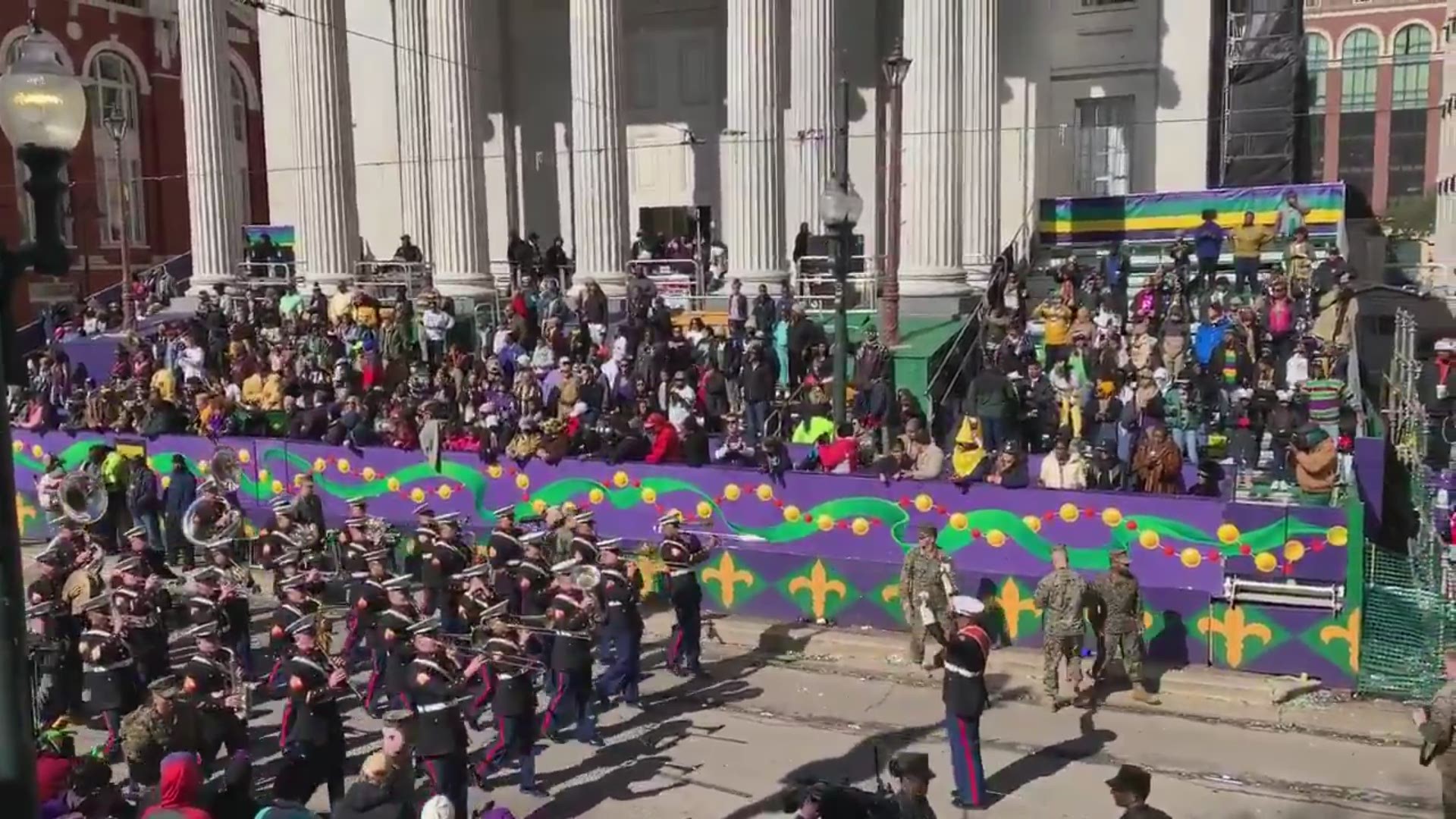 The festivities kicked off early in the morning with the Northside Skull and Bone Gang walking through the Treme neighborhood before the sun was up, wearing costumes that look like skeletons and waking people up to celebrate the day. 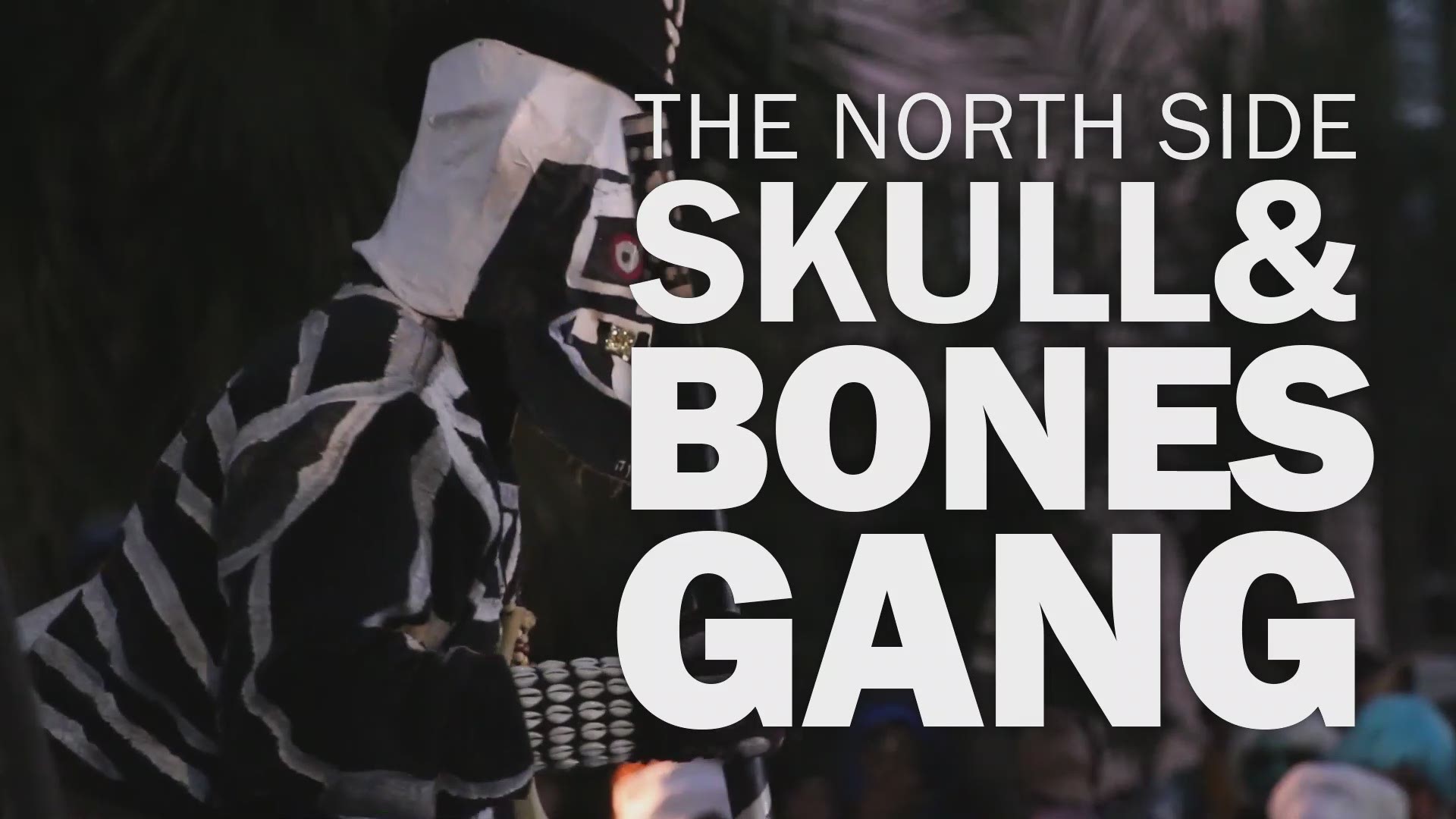 Another crowd favorite is Pete Fountain's Half-Fast Walking Group. The clarinetist died in 2016 but the walking group that he led for years still meets at Commander's Palace restaurant and walks along the parade route ahead of the parades.

Lance Pierce, of Leonardtown, Maryland, got up early ahead of the rest of his friends to make sure he saw the group. 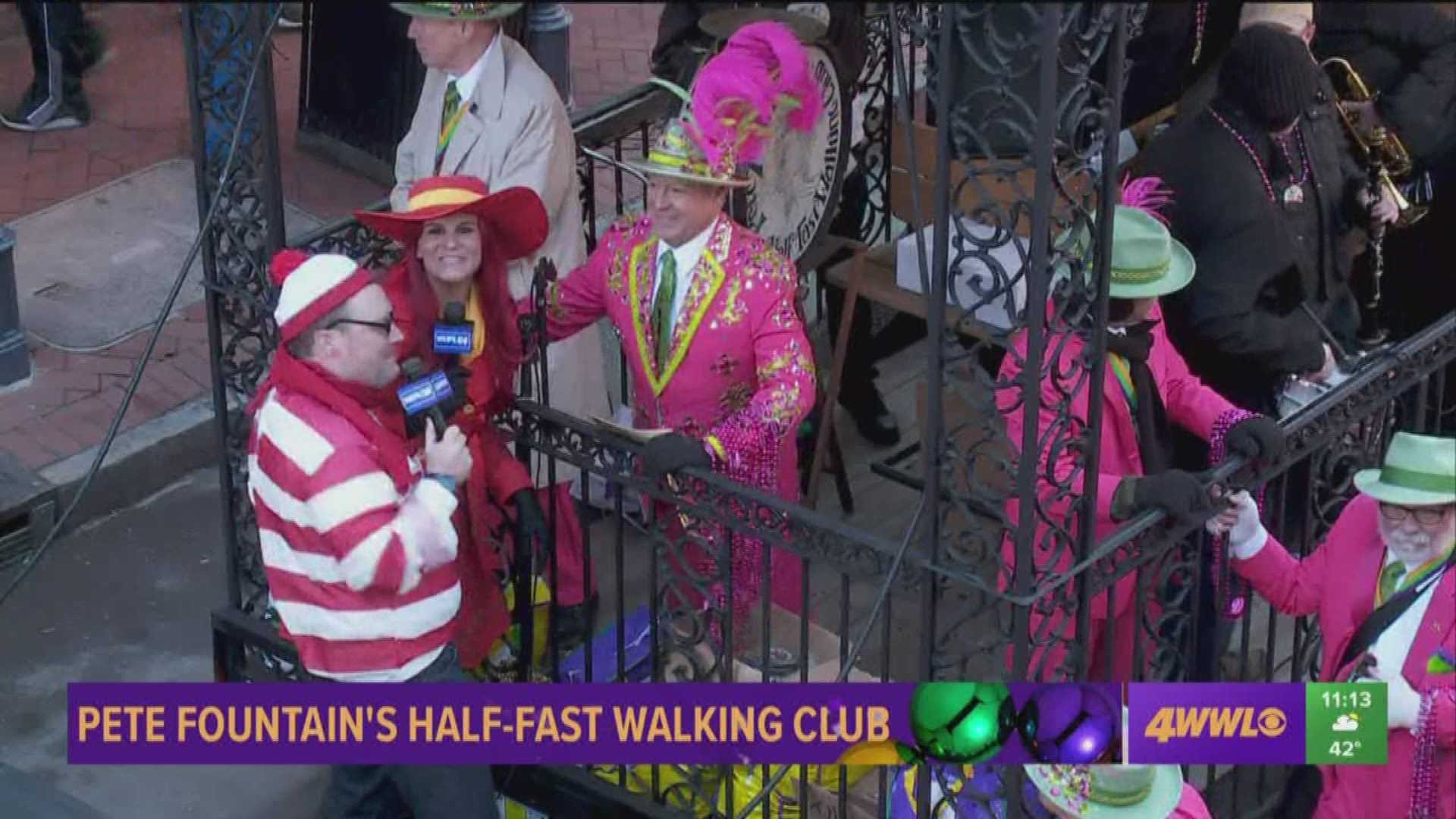 "I enjoyed watching Pete before he passed, coming down here and playing so that's my thing. Everyone else is kind of sleeping in, taking it easy, getting their costumes ready to go. But I like to come out here and watch the guys come by," he said.

Then the Zulu Social Aid & Pleasure Club parade along the city's famed St. Charles Avenue followed by the Rex Parade. Zulu's practice of wearing black makeup during its parade has drawn attention and criticism after news that two Virginia politicians wore blackface heightened attention nationally to the issue. 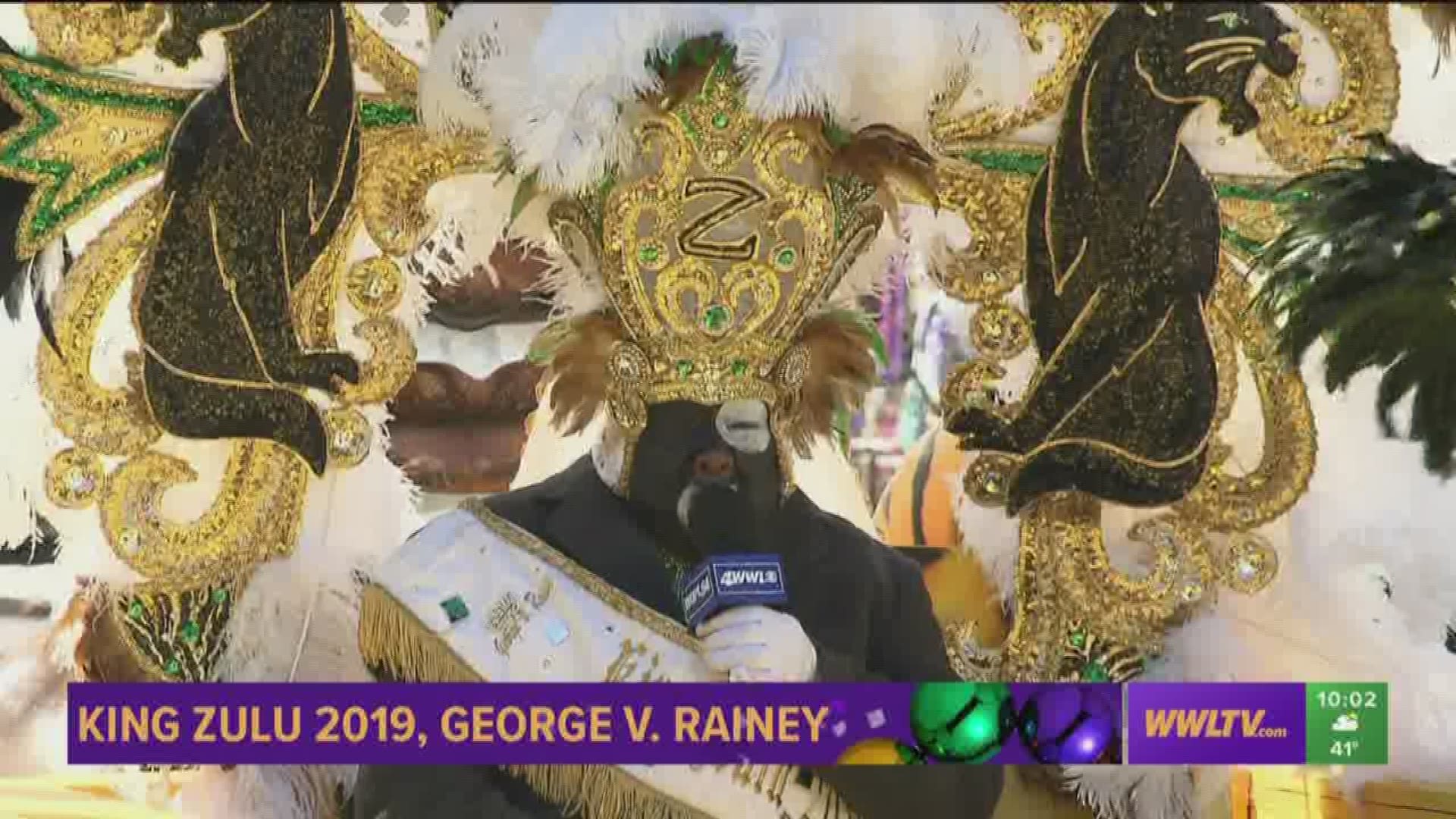 Zulu issued a statement in February saying their parade costumes bear no resemblance to those worn by "blackface" minstrel performers at the turn of the century and that their costumes are designed to honor garments worn by South African Zulu warriors.

Zulu Queen Kailyn Rainey is not only the youngest woman ever chosen for the honor, but is the first LSU student chosen to reign as queen as well. 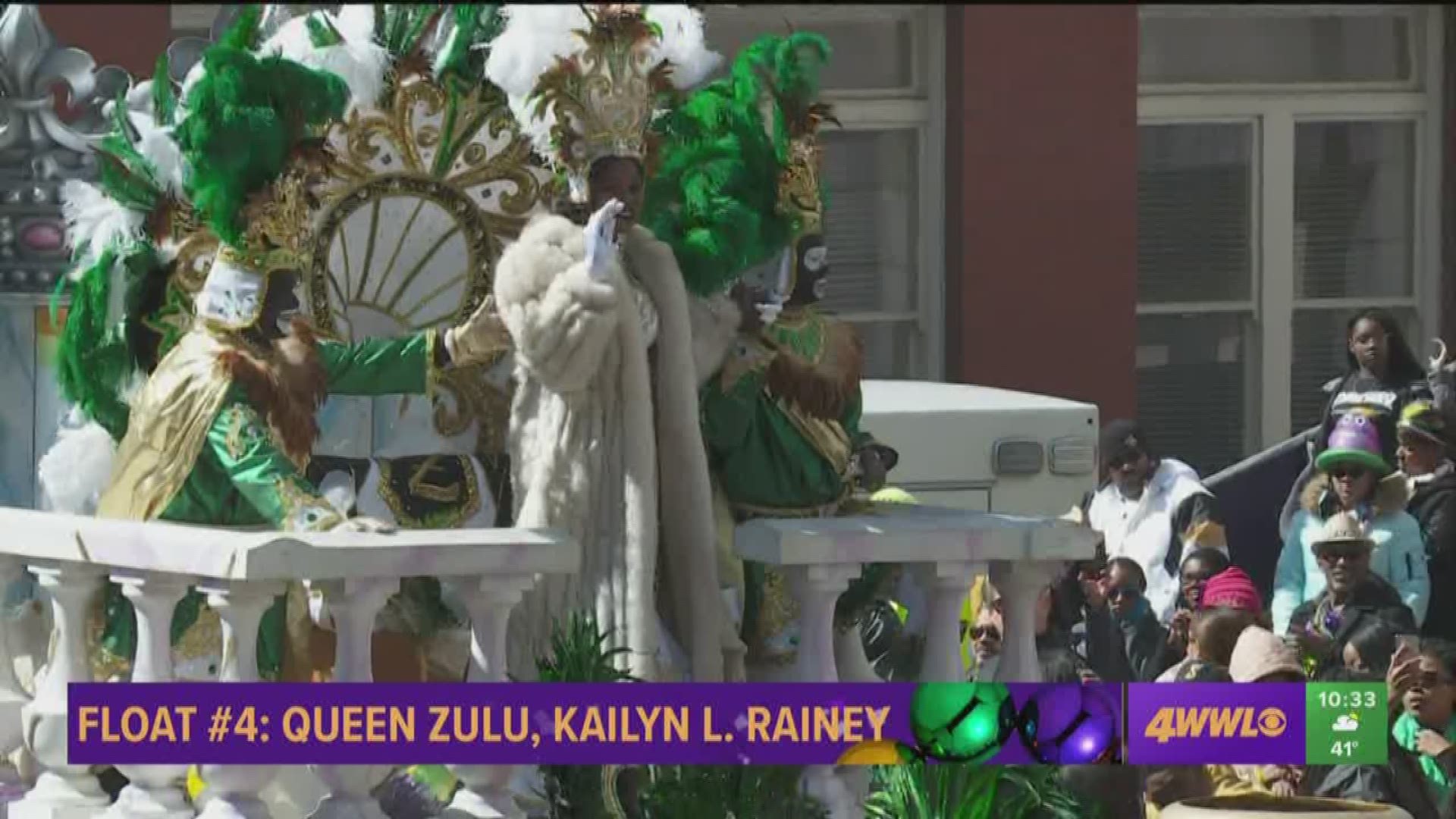 Kailyn's grandfather, George Rainey, is this year's Zulu King and together they're making organization history in 2019. Kailyn is the youngest woman chosen as Zulu Queen and her grandfather is the oldest elected Zulu King.

RELATED: The sights and sounds of Saint Charles Avenue on Mardi Gras Day

Kailyn's was accompanied by the Golden Band from Tigerland, LSU's marching band, during her ride on Mardi Gras day. It was also the first time that the Golden Band has paraded with Zulu. 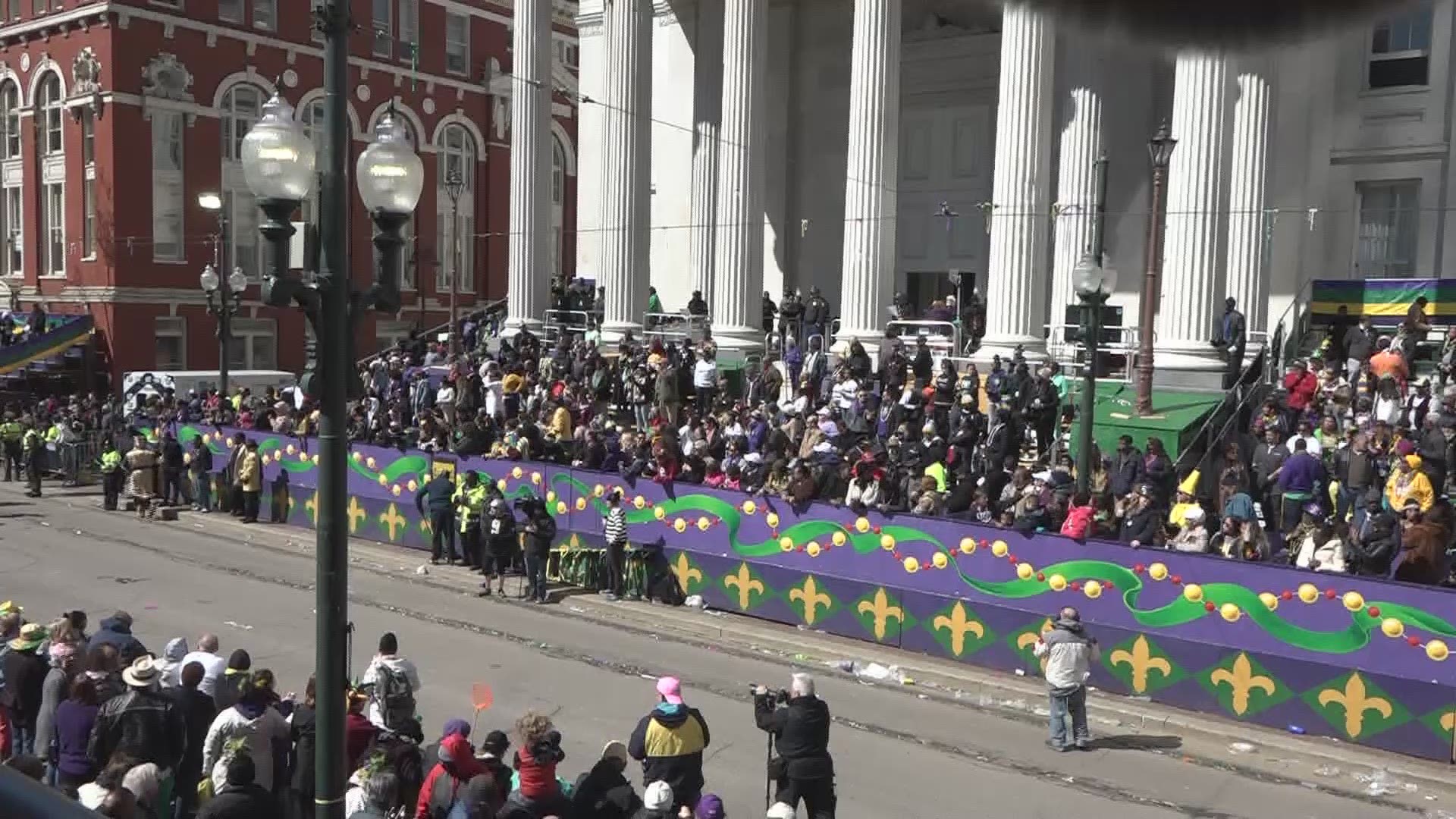 Zulu's custom-designed coconut throws are perennial favorites with fans who vie for the chance to get one.

Tuesday's Rex parade is also expected to feature a stop at "The Rex House," despite a fire that heavily damaged the historic mansion. The home along St. Charles Avenue has been an important stop along the Rex parade route since 1907, and the Rex king usually stops at the house during the parade.

A fire on Feb. 20 caused massive damage to the three-story, 150-year-old mansion whose occupants over the years include four kings and a queen of Rex.

This year's Carnival season also has featured numerous jabs at the NFL and its commissioner Roger Goodell, over the now-infamous "no-call" that came during the Jan. 20 NFC Championship game between the Los Angeles Rams and the New Orleans Saints.

A Rams defensive back leveled a Saints receiver with a helmet-to-helmet hit at a crucial point in the final minutes of regulation time. The Rams went on to win the game and then lost to the New England Patriots in the Super Bowl.

NFL officials acknowledged after the game that flags should have been thrown. But judging by the number of Saints fans dressed up as blind referees during the Mardi Gras season — and again on Tuesday — fans here have neither forgiven nor forgotten.

One parade featured a walking group called the "Robbin Refs" who wore referee outfits and black masks. On the back of their uniforms? A photo of Goodell with a red clown nose. TheKrewe d'Etat parade featured a float called "Willful Blindness" with a blind referee on the front holding a cane. Many parades have also featured yellow penalty flags as throws. 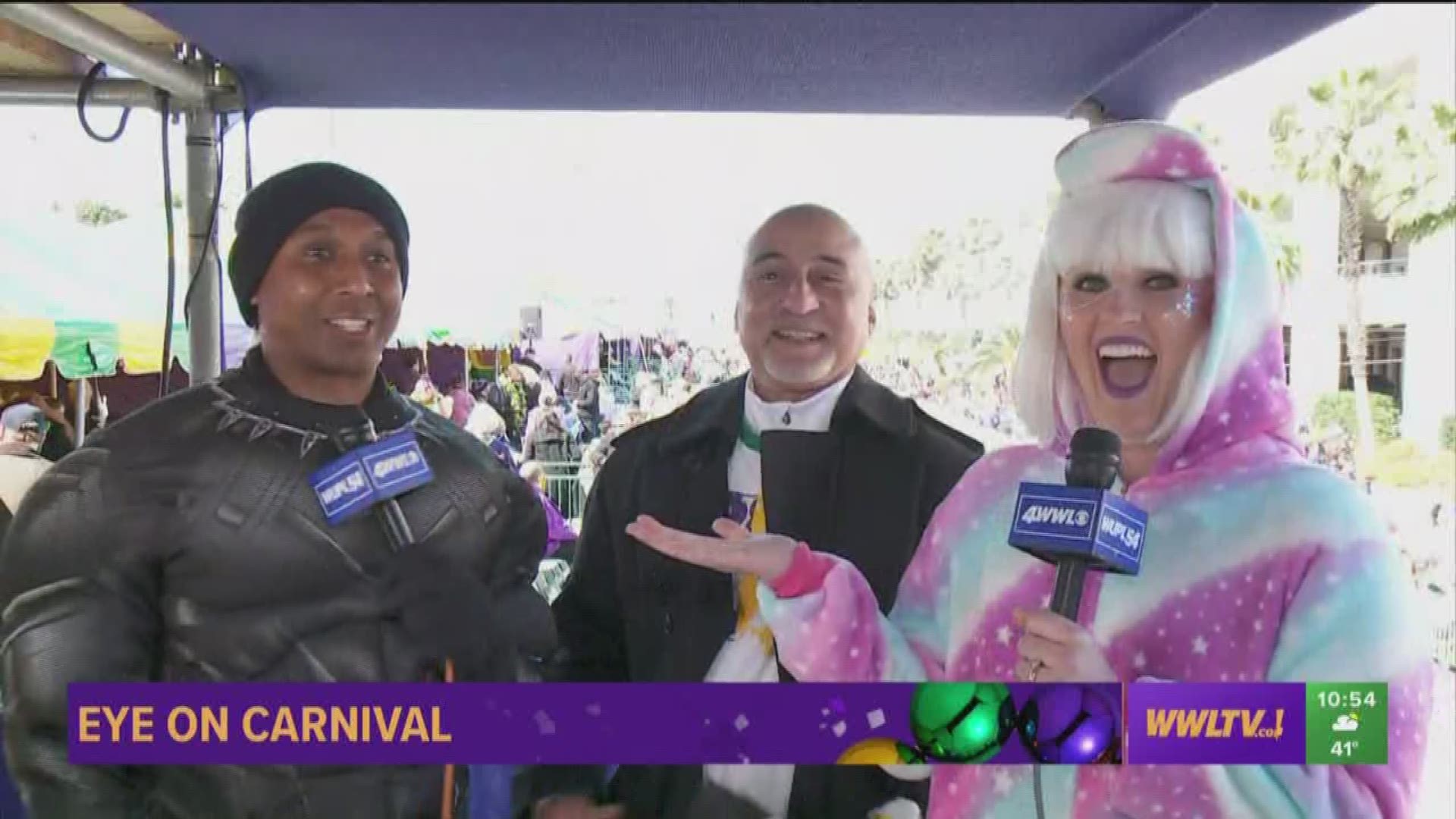 The party officially ends at midnight, when police on horseback ride down Bourbon Street to ceremonially "clear" the street — a symbol meant to mark the end of the Carnival season. Wednesday marks the beginning of Lent, which for many Christians is a period of fasting and reflection ahead of Easter.