New Orleans makes lemonade out of COVID lemons with Floats in the Oaks, House Floats

The city refused to let a chance for a good time get by without an innovative way to celebrate. 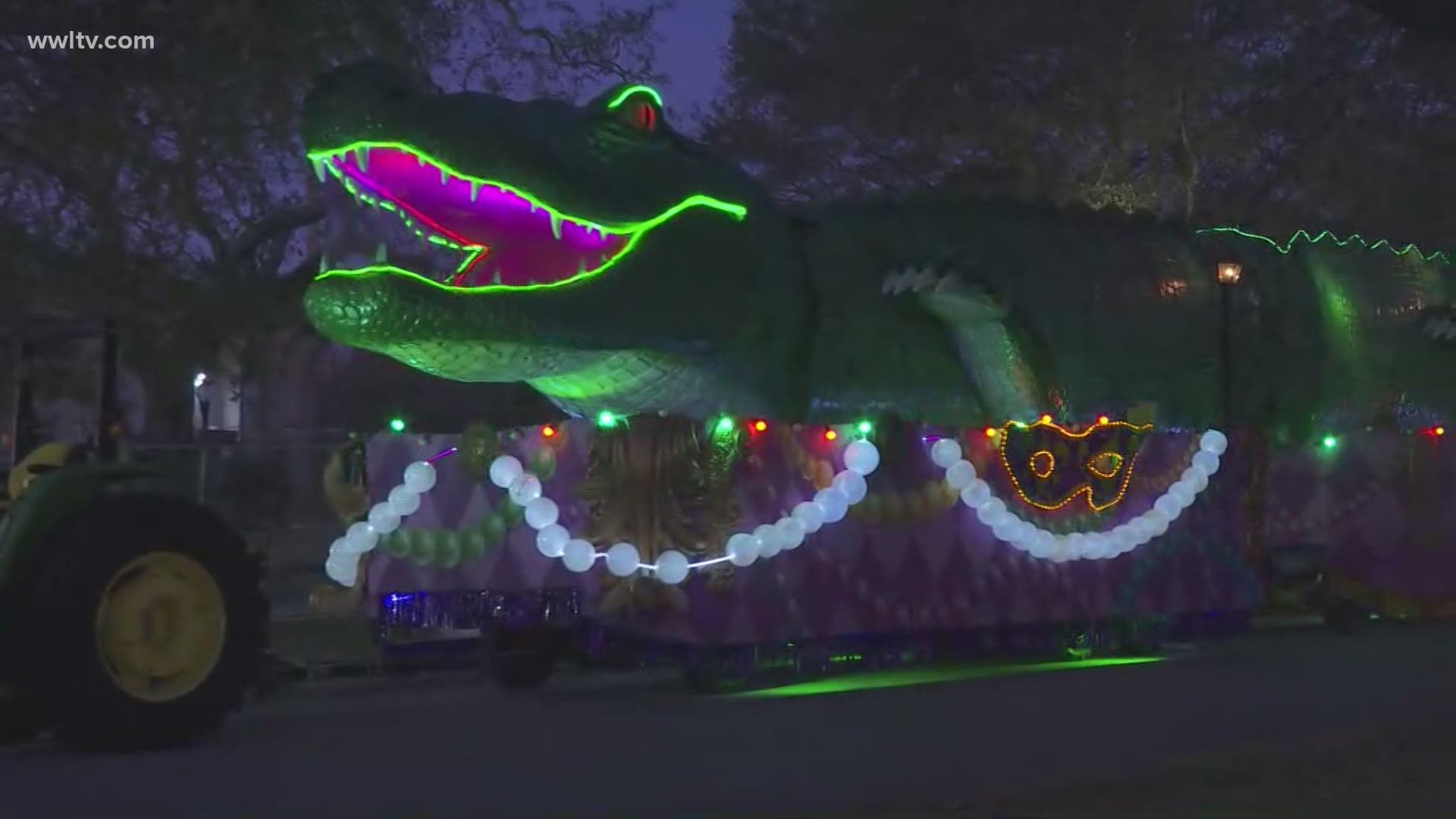 Don't tell New Orleans it can't have a party for Mardi Gras. Told a few months ago that the season wouldn't include parades and would be discouraging big crowds, some innovative minds in the city came up with idea that instead of the parade passing by crowds of people, people would pass by the parades.

Stationary parading has already caught on along St. Charles Avenue where a wide variety of decorated "House Floats" can be found with themes ranging from Jurassic Age to the circus and other unique decorations. But, while cars are backing up along St. Charles Avenue, there are many more neighborhoods in Orleans, Jefferson, St. Tammany and the river parishes that are getting into the spirt.

Floats in the Oaks

Then, there are the traditional floats from some of the city's iconic parades. They can be seen at "Floats in the Oaks," an outdoor museum of sorts of some of the more innovative, decorative and memorable parade floats.

Purchase tickets to Floats in the Oaks

The idea was already percolating in the minds of City Park officials when Delgado baseball coach and city booster Joe Scheuermann tweeted the idea. It was met with such resounding enthusiasm that park officials realized it was a must do.

Floats in the Oaks already popular with the locals

"He kind of had the genius idea that we did and just kind of put it out there," said Rob Deviney of City Park. "His tweet did solidify there was an interest, so we were excited we were embarking on something the public had an eye on. The mayor had asked for anyone to collaborate and come up with ideas to do a safe carnival. I reached out to the mayor early on when this idea popped into my staff's head, and she said she supported it and good luck and we took it from there."

How popular is the driving tour of floats? Well,  it starts Thursday, Feb. 4 and runs through Sunday, Feb. 14 and it's already sold out for both Friday and Saturday nights on the schedule.

You can start viewing the floats at 1 pm on Saturdays and Sundays and the cost for a vehicle with up to 8 people is $10, the price goes up after dark to $20 and there are some extras that can be purchased for a price. On weekdays, the viewing is only open from 5p-10p and the cost is $20 per vehicle.

City Park, Friedrichs Drive entrance (same as for Celebration in the Oaks)

1 / 8
Erika Ferrando
Some of the decorations appear to be very float-worthy.