The city is closing bars and restricting access to streets like Bourbon and Frenchmen beginning on Friday through Fat Tuesday. 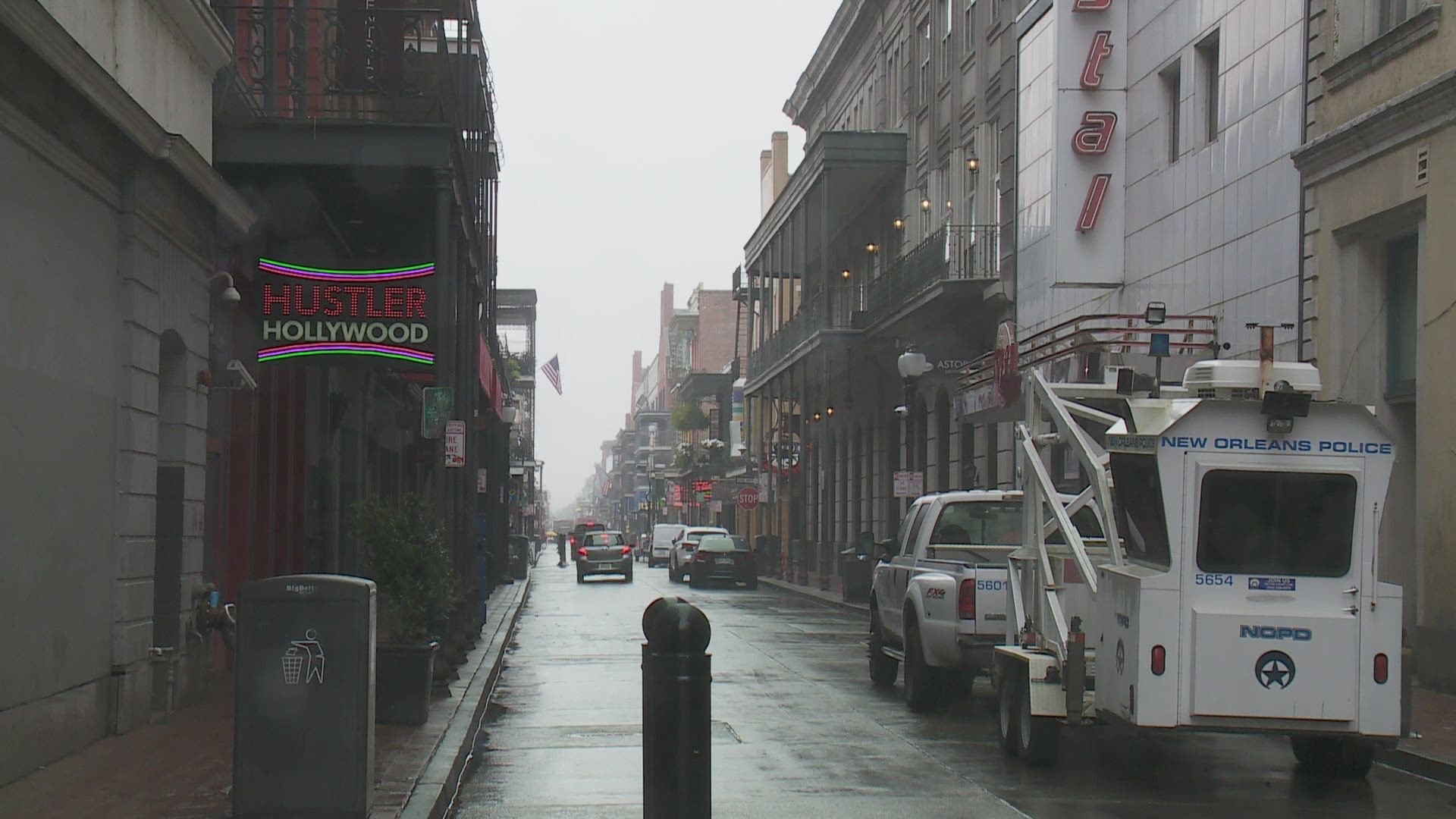 NEW ORLEANS — Carnival is different this year in New Orleans.

Steps to prevent the annual pre-Lenten celebration from becoming a Coronavirus super-spreader event and people’s reluctance to travel right now are keeping large crowds away.

Like the weather outside on Wednesday, the number of tourists in the city on this normally busy week before Mardi Gras was more of a drizzle than a downpour.

Susan and Shelby Comeaux are visiting the city from Crowley, Louisiana.

“Just very few people in Jackson Square yesterday,” Susan said. “There were like four tables taken at Café Du Monde which is usually just packed with a line, so there aren’t that many people.”

Carla and Rob Arbagey are in from California.

“A whole lot of nothing,” Carla said. “Not as many people. No parades of course, so all the streets are open.”

“We’ve been here 5 years in a row for Mardi Gras,” Rob said. “It’s the exact opposite of what we’ve seen the last four years.”

The city is closing bars and restricting access to streets like Bourbon and Frenchmen beginning on Friday through Fat Tuesday.

Lt. Governor Billy Nungesser, R-Louisiana, says people who may have been planning to visit New Orleans for Mardi Gras are now having second thoughts.

“We had that night of crowds on Bourbon Street,” Nungesser said. “We could regroup and find out a way to handle that with more police. But I think we overreacted a little bit by shutting everything down.”

Nungesser added, “I just think we’re going to see more and more businesses fail if we don’t balance the livelihood of people with the safety of people.”

A spokesman for Mayor Cantrell declined to comment on Nungesser’s remarks about Mardi Gras bar closures, but said “We are doing this to save lives. Large crowds spread Covid. Covid kills people.”

An informal survey by New Orleans and Company, the city’s convention and visitors’ bureau shows hotel occupancy this weekend hovering around 30 percent.

“On a typical year it would be completely sold out,” New Orleans and Company Senior VP Kelly Schulz said. “In addition to Mardi Gras this weekend we also have Valentine’s Day. The numbers are greatly diminished compared to a normal year.”

Tourism leaders have a message for people still making up their minds about traveling to New Orleans for the Carnival.

“Hotels, restaurants and shops are open and people have an opportunity to patronize those businesses, but safety is the key,” Schulz said.

Mardi Gras revelers say they are still finding things to do in New Orleans.

“We had some great seafood last night,” Susan Comeaux said. “The hotels are safe. There’s the Floats in the Oaks and the house floats. Just walking up and down St. Charles, it’s so beautiful.”

“We didn’t know how it was going to go, but just being here for a couple of days it was so nice to be somewhere different,” Carla Arbagey said.

Visitors say smaller crowds make for a safer Mardi Gras during a pandemic.