Float lieutenants claim the Captain said she would not put African American members on the board. 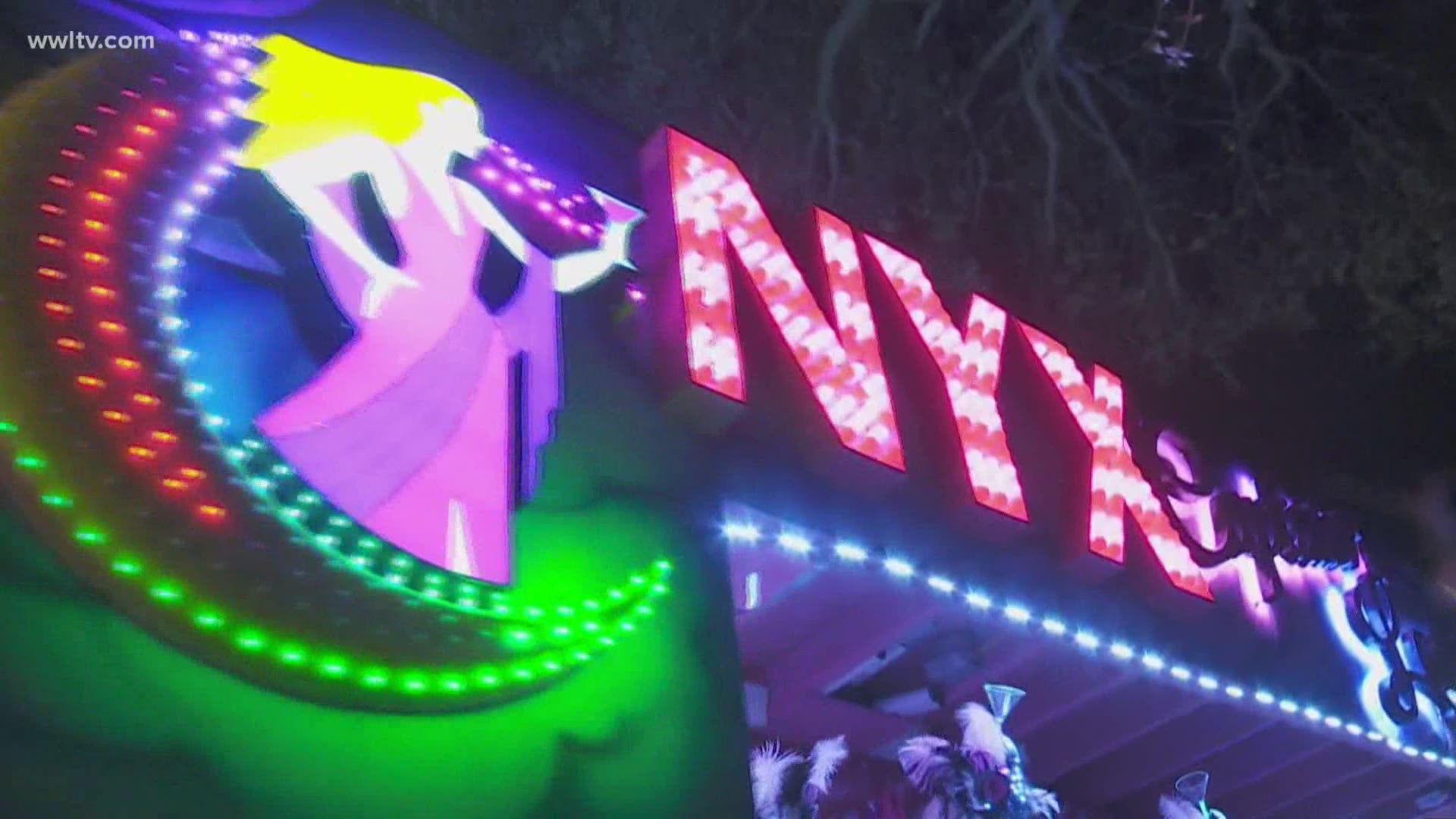 NEW ORLEANS — The Mystic Krewe of Nyx, Mardi Gras’ all-female super krewe, is much smaller as of Tuesday after several float lieutenants and riders resigned their memberships.

All of Nyx’s non-board member float lieutenants and a majority of their riders have left the organization, according to a statement signed by 26 of the Carnival krewe’s former lieutenants.

The mass resignation comes after Nyx Captain and Founder Julie Lea allegedly refused requests from the Lieutenants to state “Black Lives Matter” on the krewe’s social media pages and promote African American members to the Nyx board of directors.

“She is refusing all suggestions for improvement and healing,” former lieutenant Gigi Saak said. “When asked if she would put African Americans on the Nyx Board of Directors she responded, ‘We had four of them before, and it didn’t work out.’ She went on the say it won’t happen again.”

Saak said that a majority of Nyx Float Lieutenants witnessed that statement on June 3.

RELATED: Hundreds of healthcare professionals call on NOPD to stop use of tear gas on protesters

These calls for change on Lea’s part came after the Captain made a post of the krewe’s official social media pages saying “our souls are the same color” and “#AllLivesMatter” in response to the protests happening around the country calling for an end to police brutality against the black community.

"Our first reaction was okay, maybe she doesn't understand, what she posted is insensitive and divisive at best," Float Lieutenant Stephanie Kreamer said. "It's trying to shift the ideals back to white people and say but we're okay too, we matter too and it's not appropriate."

Kreamer said she reached out to Lea hoping to start a dialogue that could make positive change, but after a few days it was clear that wouldn't happen.

Lea had her draft a statement that they would consider a more appropriate response, but Kreamer says there was one thing Lea wouldn't do.

"Julie just called me and said that she did not feel she could say 'Black Lives Matter' and she wanted that removed from the statement," she said.

Nyx float lieutenants and members then threatened a mass resignation if Lea did not step down as captain, a move Lea’s attorney called “bullying” over a “well intended” post.

"If you are unhappy with the Mystic Krewe of Nyx, please resign from your membership,” attorney Ronald Morrison Jr. wrote. “Mrs. Lea wishes you the best in your future endeavors..."

Kreamer says that at least two dozen float lieutenants and hundreds of riders have left since then.

Read the full letter from Float Lieutenants below: