“We had had a few little libations just prior to starting because we have to keep up the tradition,” said Harrell. 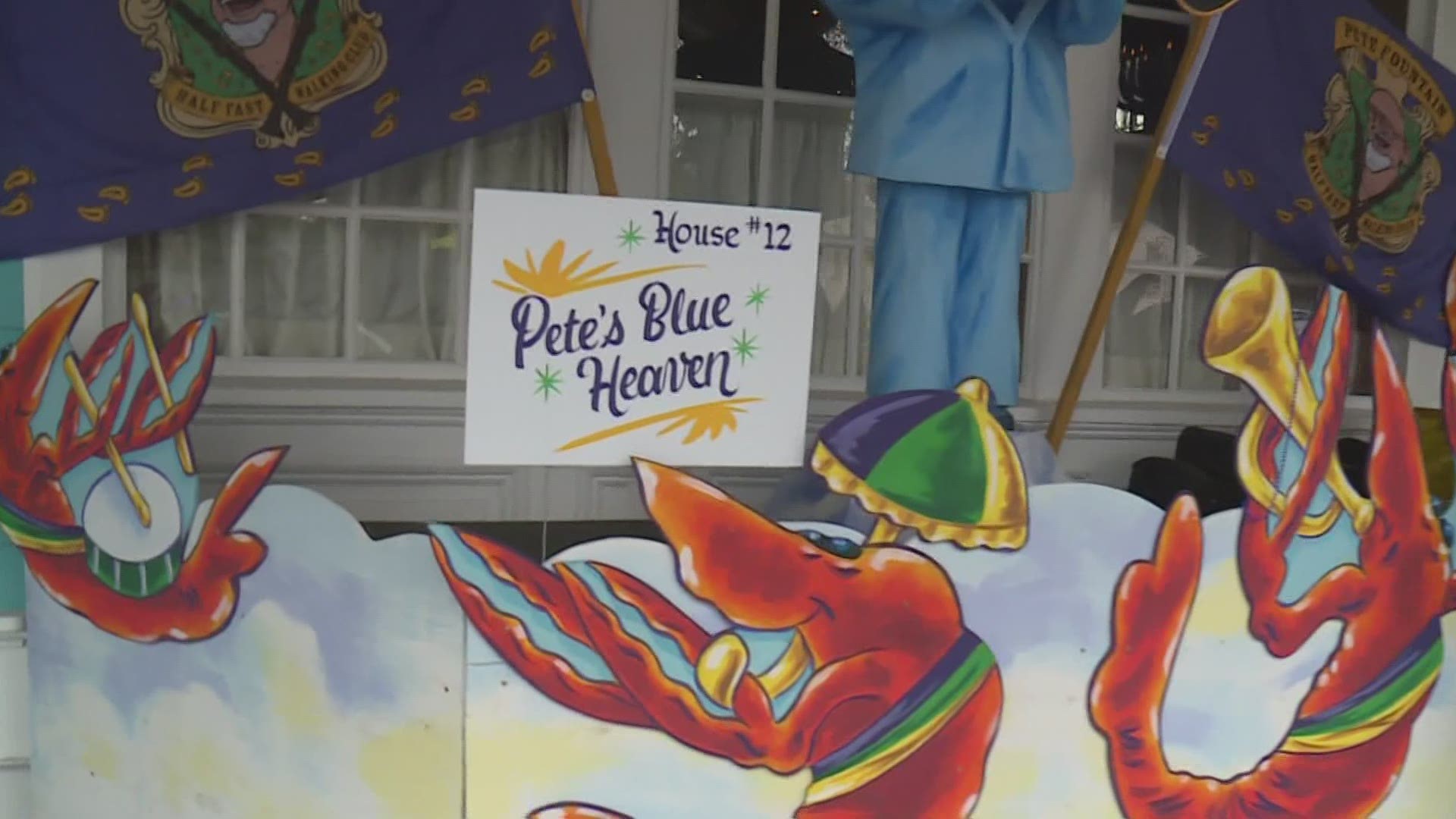 They made some new traditions, and changed the look of some old traditions.

And in this different year, they kept Pete's love of Mardi Gras and tradition alive.

“He just loved it. He liked being in the street with the people of New Orleans, spontaneously playing with the band. Loved the musicians. It was him. It was part of his life,” said Benny Harrell, son-in-law of the late Pete Fountain.

Harrell and some members played outside of Commander's Palace. The Carnival Day crowd was smaller, but the music still had some dancing in the street. They also kept another tradition alive.

“We had had a few little libations just prior to starting because we have to keep up the tradition,” said Harrell, referring to the club’s frequent stops at local bars during past routes.

“I didn't feel like anyone was really thinking about our performing artists, those that are especially classically trained. They don't have weddings. They don't have funerals. They're not going, doing operas or plays,” said Louellen Berger.

So Louellen wrote "No Parades" lyrics to “Masquerade” from Phantom of the Opera. The St. Charles Avenue Presbyterian Church music director and choir were hired for the video and production.

“The exuberance in that number is just so phenomenal, and I said that shows the love and the festivities and the merriment of Mardi Gras,” she said.

And not far away on Napoleon Avenue, Gregg Porter dubbed himself the “Pretend Rex.”  The tunic was custom made, and he had planned to ride in on a horse, but the trailer hitch froze on the Westbank.

“Here I am, out here by myself. I don't have too many subjects, but I know they're there and I wish everyone a very happy Carnival Day,” said Porter.

And that Carnival Day spirit is just something bred inside all of us.