Props along St. Charles Avenue get taken down 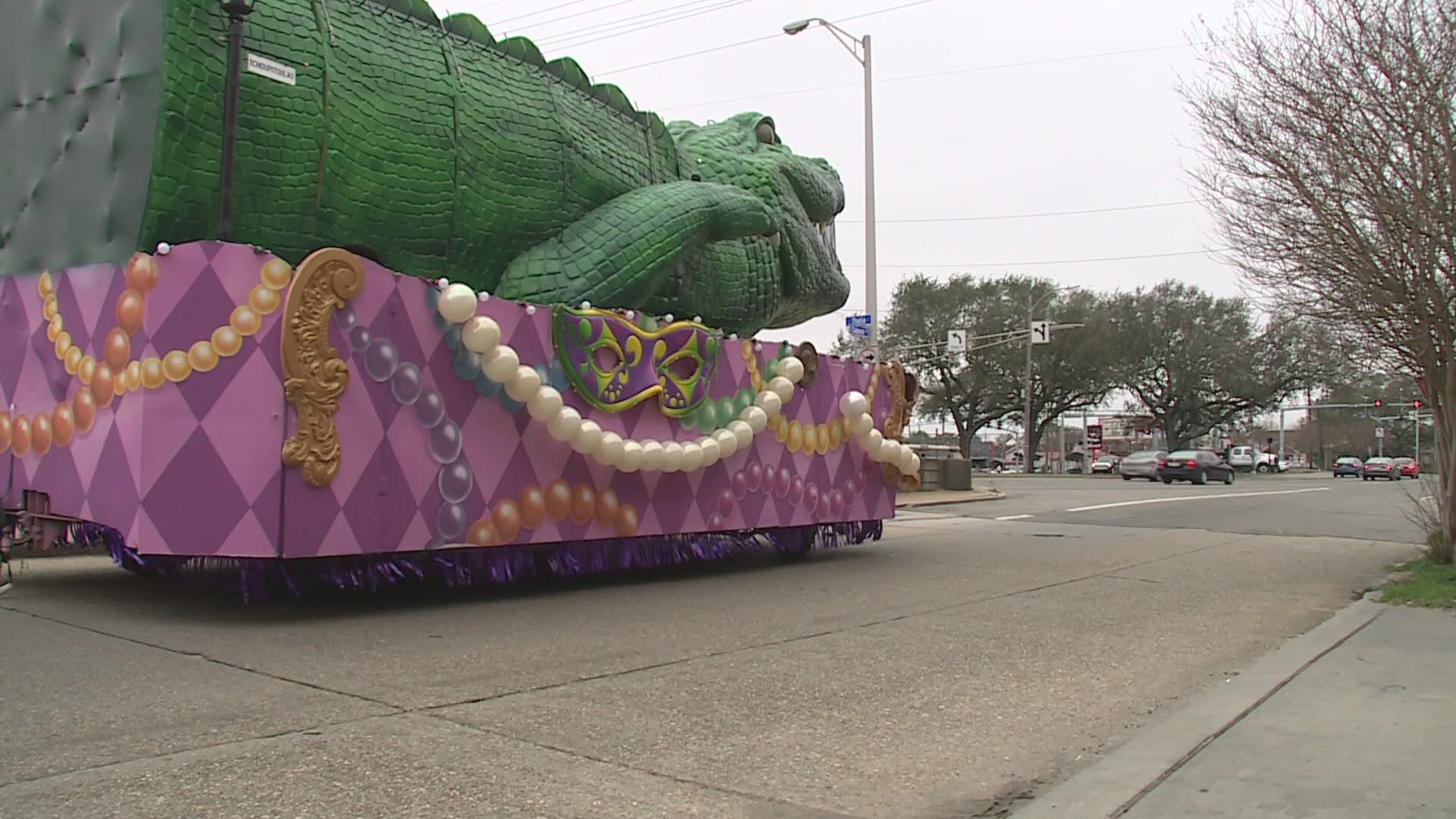 NEW ORLEANS — Carnival season is over, which means cleanup begins. Dinosaurs, bees, a giant Dr. John bust all must come down. 'Floats in the Oaks' displays also need to be put away.

It's like the saying goes, all good things must come to an end.

"So today, we're taking down the lights and picking up everything, packing it up," said Justin Berger. "All we have left here are to take lights off the fence, get it loaded and move onto the next."

On Wednesday, work was being done along St. Charles Avenue, taking down Yardi Gras displays that've captured the attention of so many.

Berger works with Krewe Electric, and says it's kind of sad to wrap it all up.

"There's a lot of work that goes into just designing the layouts and the show so it's a lot of time we spend and it means a lot we can do this," said Berger.

Floats also made their journey from City Park back to their dens, where they'll stay put until next Carnival.

"First thing this morning the guys were out with the tractors," said Barry Kern.

Kern Studios President, Barry Kern, says with 'Floats in the Oaks' and about 50 Yardi Gras displays, this Carnival season was a lot of work. However, looking back, he says, it was all worth it.

"Seeing all those kids and families and everybody out there was really cool," he said. "I think that really shows that what Mardi Gras and Carnival mean to us and I think it's great to be reminded of that. All these things mean so much to New Orleans, and frankly, we definitely got more eyes on New Orleans this Mardi Gras than we might during a normal year."

So as the props, lighting and magnificent floats get put away, it's not goodbye, but rather, see you later. Because planning is already underway for next year, where it's expected to be bigger and better than before.

Kern says work to take down the props along St. Charles Avenue will continue through the week.

RELATED: New Orleans makes lemonade out of COVID lemons with Floats in the Oaks, House Floats

Thank you to everyone who made the Parade At Home Order an overwhelming success--a bright light in a dark time. We couldn't have done it without you, New Orleans. 💜💚💛https://t.co/w3r4ZPJ6C1