Rex is among the krewes making it a point to get many of their beads from the non-profit that employs people with intellectual or developmental disabilities. 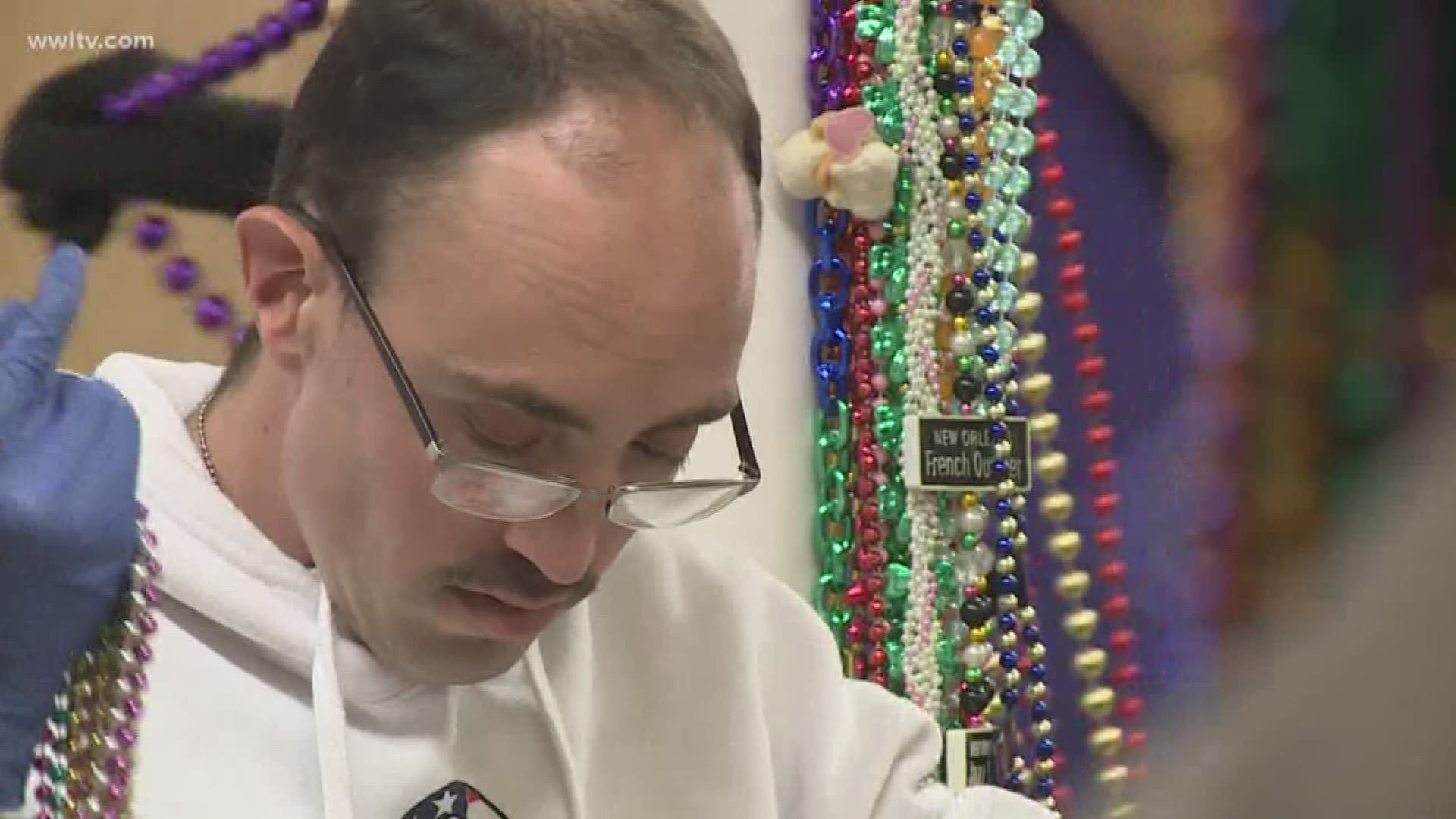 NEW ORLEANS — It was all hands on deck Monday at ArcGNO's Mardi Gras Recycle Center -- and those hands were as busy as can be, sorting countless strands of colorful beads days before the busy parade season kicks into high gear.

Now, the krewes of Rex, Excalibur and Centurions are making it a point to get many of their beads from the non-profit that employs people with intellectual or developmental disabilities.

“It's a huge thing for us,” said Stephen Sauer, ArcGNO’s executive director. He said the agreements with the krewes means more dollars coming in to the non-profit, which means he can hire even more people.

"We are funding over 80 jobs for individuals with intellectual disabilities this year,” he said. "If this is the beginning of something new, we could even expand beyond those 80 jobs to many more."

RELATED: Robin Thicke to reign as Bacchus LII in 2020 parade

The goal is also to go greener during Carnival.

"By reusing recycled beads, we're lowering the number of potential plastics that can go into the catch basins and clog things up for the city,” said James Reiss, a senior Rex official. “We'll buy and continue to buy every single Rex bead that they've got in inventory from now into perpetuity.”