NEW ORLEANS — You could say this year's King of Carnival, Joseph Storey Charbonnet, has one of the best jobs in the Rex Organization: handing out checks to local schools and educational groups. As chairman of Rex's Pro Bono Publico Foundation, Charbonnet, known as Storey, has led the effort which has distributed more than $8 million to local schools since Hurricane Katrina.

“I think that over the last 10, 15 years since Katrina, the Rex Organization has become synonymous with giving back to the community. And I think that is a spectacular thing,” Charbonnet said.

In recognition of his work with the foundation, which takes its name from Rex's motto ("for the public good" in Latin), and many other charitable and civic causes, Charbonnet will reign as Rex 2020. The Queen of Carnival is Sarah Eleanor Lane, a junior at the University of Virginia and daughter of Harry Merritt Lane III (known as Merritt) and Eleanor Kohlmeyer Lane. Their identities were revealed to Rex members on Saturday.

“I feel overwhelmingly humbled and excited that this honor has been given to my family,” Sarah Lane said. “I'm very surprised, but very excited and I'm looking forward to what's to come.”

Like his queen, Charbonnet attended UVA, where he earned his degree in finance. He is a Jesuit High School graduate who moved to Atlanta after graduation from college. He began a career in investment banking and met his future wife, Anne Lynne Davis, there. 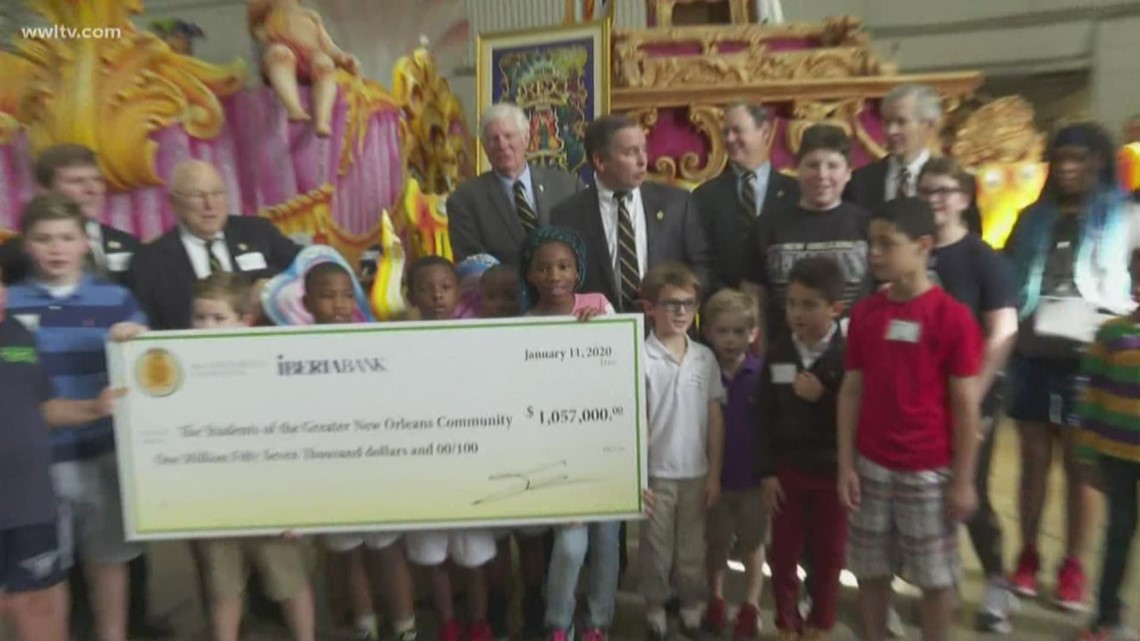 The two married and moved back to New Orleans, where she owns and operates C. Collection, a Maple Street clothing store. They are the parents of three sons.

Storey Charbonnet is a partner at the Johnson and Rice Company, an independent energy brokerage and investment firm. His community work has included leadership roles with the Bureau of Governmental Research, Audubon Commission, Good Shepherd Catholic School, the Libby-Dufour Foundation, Institute of Mental Hygiene and the Choice Foundation, in addition to his work leading the Pro Bono Publico Foundation as well as a cause that's dear to his heart, the Carrollton Boosters.

“We've got five baseball fields that surround the Miracle League Field. And a couple of years back, we were able to put in a high school level, full-turf field down across railroad tracks. So we are able to provide thousands of children, on a yearly basis, soccer, baseball, softball, flag football. And it's been a huge success story for the city and something I'm very proud of,” Charbonnet said.

Charbonnet is also proud of his family's involvement in Rex.  His father John reigned as Rex in 1988 and was a longtime Rex official. His sister, Anne Charbonnet Goliwas, reigned as Queen of Carnival in 1990.

The king's mother, Dorothy Nelle Storey Charbonnet, from whom he gets his middle name Storey, loved all things Rex. Sadly, Mrs. Charbonnet, known as Dottie, died last month, but not before learning that her son would be king.  She was there at the meeting last year when he got the news.

“When I get to the meeting place, I was very nervous and there were a bunch of men standing against a wall and in front of them was my mother,” he said. “She was in a wheelchair and I started crying and she started crying. The captain introduced me as Rex 2020, but I was a bit overwhelmed. I went over and thanked everybody, gave my mother a big old hug. She was crying and it was just a very emotional event.”

Rex 2020 Storey Charbonnet with his sister, Anne, and their mother and father, Dottie and John Charbonnet.
Rex Organization

With his mother gone, it will be a mix of emotions on Mardi Gras, as Charbonnet reigns as Rex 2020.

The queen is an Isidore Newman School graduate who learned she had been selected as Rex royalty last year, while her parents visited her at UVA.

“One night in Charlottesville, we were about to go out to dinner and my dad passed me a PowerPoint on his computer with family history and pictures of Mardi Gras,” she said. “And I was so confused because I just really wasn't expecting it and I wasn't catching on. So it really took him looking, looking at me in the eye and saying, ‘Sarah, you're going to be the next Queen of Carnival,’ for me to really understand what was happening. But it was a very special night and I got to spend it with my parents and my sisters.”

Like most New Orleanians, the queen has loved Mardi Gras since childhood.

“I would spend every Mardi Gras Day on a parade route with my sisters watching Rex because my dad was riding and he would very often make plastic bags for us with beads and stuffed animals and that kind of thing for my sisters and our friends. We would track down his float and sometimes run with them up to a mile, just that he could keep throwing us beads. So that was always really special.”

The future Queen of Carnival, Sarah Lane, with family and friends at Mardi Gras in her childhood.
Rex Organization

While she won’t ride on a float as queen (instead reviewing the parade with the members of the Rex court from the Hotel Inter-Continental), she has fond memories of riding in previous Carnival parades.

“One of my favorite Mardi Gras memories was when I was in seventh grade, I rode in the truck parade on the Newman float, which was the same day as Rex. And so my dad and one of his friends, got off their Rex float and chase my float down so that I could throw to him. That was probably one of my most special memories of Mardi Gras.”

This year, she and her mother have spent the past few months helping design the queen's gown.

“My mom has come with me to most of the fittings and so it's been really nice being able to see the dress being made along the way,” she said. “We have an idea of having it be a very organic dress with more three-dimensional flowers like dogwoods and magnolias. So it's been really special being able to get to see the making of the dress. It's probably been one of my favorite parts so far.”

Rex 1958, Joseph Merrick Jones, toasts dignitaries at City Hall. This was the one year parades altered their route to toast at the "new" City Hall on Loyola Ave. before returning to the former City Hall at Gallier Hall.
Rex Organization

Her family's Rex lineage includes her great-grandfather, Joseph Merrick Jones, who was Rex 1958. Her own father was a duke in 1984. Other relatives have also served as dukes and pages.

Her second cousins, Nina O’Brien Sloss and Anna Eugenie Huger, were Queens of Carnival In 2013 and 2017. Her father’s cousin, Deborah Hopkins Huger Valentine, was queen in 1979, the year the parade did not roll because of a police strike.

“I always looked up to the past queens and I was a child, but I never would have guessed that it would have been me one day,” Lane said. “But Mardi Gras has always been an integral part of my life, from sitting in a pink elephant ladder with my sisters on the parade route to riding in the Iris parade with my best friends at my senior year of high school. It's always been very special to me and I've never missed a Mardi Gras, so it's always been so much fun for my family.”

At school and in her sorority, Kappa Kappa Gamma, she takes community service seriously. She is the sorority’s philanthropy chairwoman. The importance of service is something she says she learned at Newman.

“In the spring, I would go to one of the local schools in New Orleans after school and coach some of their elementary and middle school students in running and just making sure they understood the importance of staying active,” she explained.

“Then my little sister and I brought a club to Newman called the Youth Run NOLA Club, where we would have other Newman students sign up to join us after school. And we're hoping to incorporate something with Youth Run NOLA on Mardi Gras Day during the Royal Run.”

The Royal Run, an annual event at Audubon Park which kicks off Carnival Day for Rex, will be the start of the queen's day on Mardi Gras, a day she knows she'll never forget.

“New Orleans has such a unique culture and we're so lucky to have something so special to bring us back every year. So I hope people remember that and treat our visitors with kindness and show them how we do it in New Orleans,” she said.