Robin Thicke to reign as Bacchus LII in 2020 parade

Bacchus will truly be a family affair this year for Thicke, since his son will ride with him on the king’s float as a page. 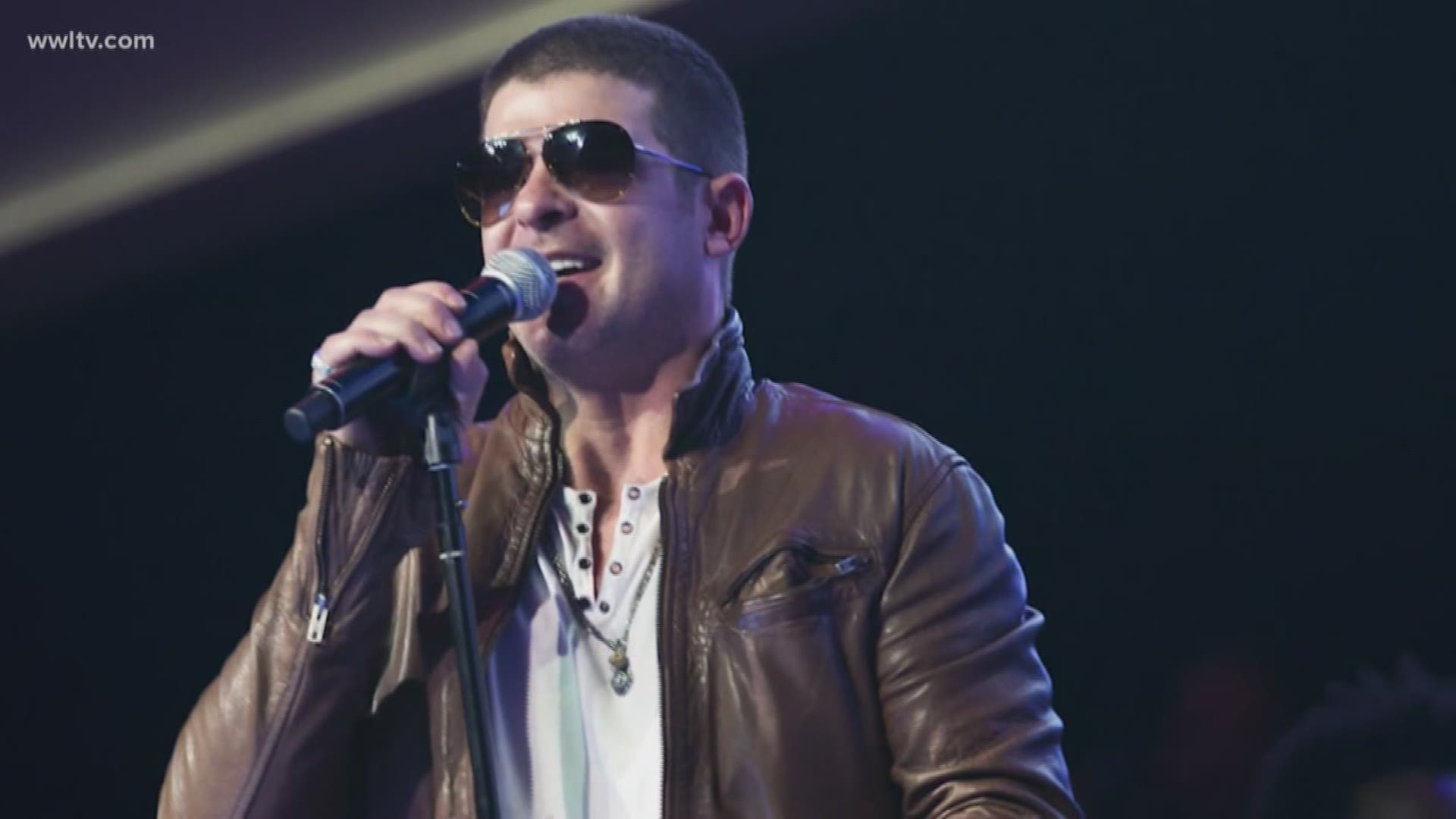 Thicke, who rose to international fame with his number one song, “Blurred Lines,” continues a history-making family legacy with Bacchus. His late father, actor/comedian/host Alan Thicke, reigned as the popular krewe’s celebrity monarch in 1988. They will be the first father and son to reign as Bacchus in the parade’s 52-year history.

“The Krewe of Bacchus is all about family,” said krewe captain Clark Brennan, whose father, Owen “Pip” Brennan Jr. was Bacchus’ founding captain. “The sons and grandsons of our founding members are a proud part of our organization. We look forward to continuing the Thicke family’s legacy with Bacchus.”

Bacchus will truly be a family affair this year for Thicke, since his son will ride with him on the king’s float as a page. In 1988, Robin Thicke did the same when his father reigned as Bacchus.

“I am honored to follow in my father’s footsteps as Bacchus for the 2020 Mardi Gras,” said Thicke in a statement. “I rode on the king’s float with my father when I was a boy and it was one of the best experiences I ever had with him.  I’m equally excited to have my son Julian, my daughters Mia and Lola and my fiancée April celebrate the weekend with me,” he said.

Thicke, 42, is a music producer and songwriter, as well as a performer. His best-known song, “Blurred Lines,” reached number one on the Billboard Hot 100 and earned him three Grammy nominations in 2014, including Record of the Year. His latest single, “That’s What Love Can Do,” spent several weeks last summer in the top five on the Billboard chart for adult R&B songs. In all, he has released seven studio albums during his career.

Albums on which Thicke has been credited (whether as a writer, producer, arranger, vocalist or musician) have sold over 60 million copies worldwide. During his career, he has collaborated with artists such as Michael Jackson, Christina Aguilera, Pink, Nicki Minaj, Pharrell Williams, Flo Rida and Mary J. Blige. Songs he has co-written with Usher, Lil Wayne and Jennifer Hudson have won Grammys.

He scored his first recording contract at age 16 released his debut single, “When I Get You Alone,” in 2002. His breakout hit, “Lost Without U,” debuted in 2006 and reached number 14 on the Billboard Hot 100 and spent 11 weeks at number one on the Hot R&B/Hip-Hop songs chart.

Thicke comes from a solid pedigree in music and entertainment. His mother, Gloria Loring, starred on the popular soap opera “Days of Our Lives” and had an extensive recording career in the 1980s. She and Thicke’s father (best known for his role as Jason Seaver on TV’s “Growing Pains”) also co-wrote the theme songs for the sitcoms “Diff'rent Strokes” and “The Facts of Life.” Alan Thicke died in 2016.

While he will ride at the head of the parade, Thicke will not perform at the post-parade party called the Rendezvous, krewe officials said, but they have lined up “American Idol” winner and Baton Rouge native Laine Hardy as a headliner at the Morial Convention Center.

The krewe’s new super floats for the King Kong family and the Bacchaneer, which debuted in 2018, will also return, along with a newly-redesigned king’s float and other Bacchus signature floats.

Bacchus was founded in 1968 and is now celebrated as one of the most important and popular krewes in Carnival history. The krewe, which started out with just 250 members, has now grown to more than 1,600 members.

Bacchus will once again partner with WWL-TV for exclusive coverage of the parade from the Ernest N. Morial Convention Center where the Bacchus Rendezvous is held each year.

The parade will air in its entirety at 10 p.m. on Feb. 23 on Channel 4, WWLTV.com, WWL-TV's mobile app, YouTube and Facebook pages.