Twelfth Night in New Orleans: When and where to catch parades, events 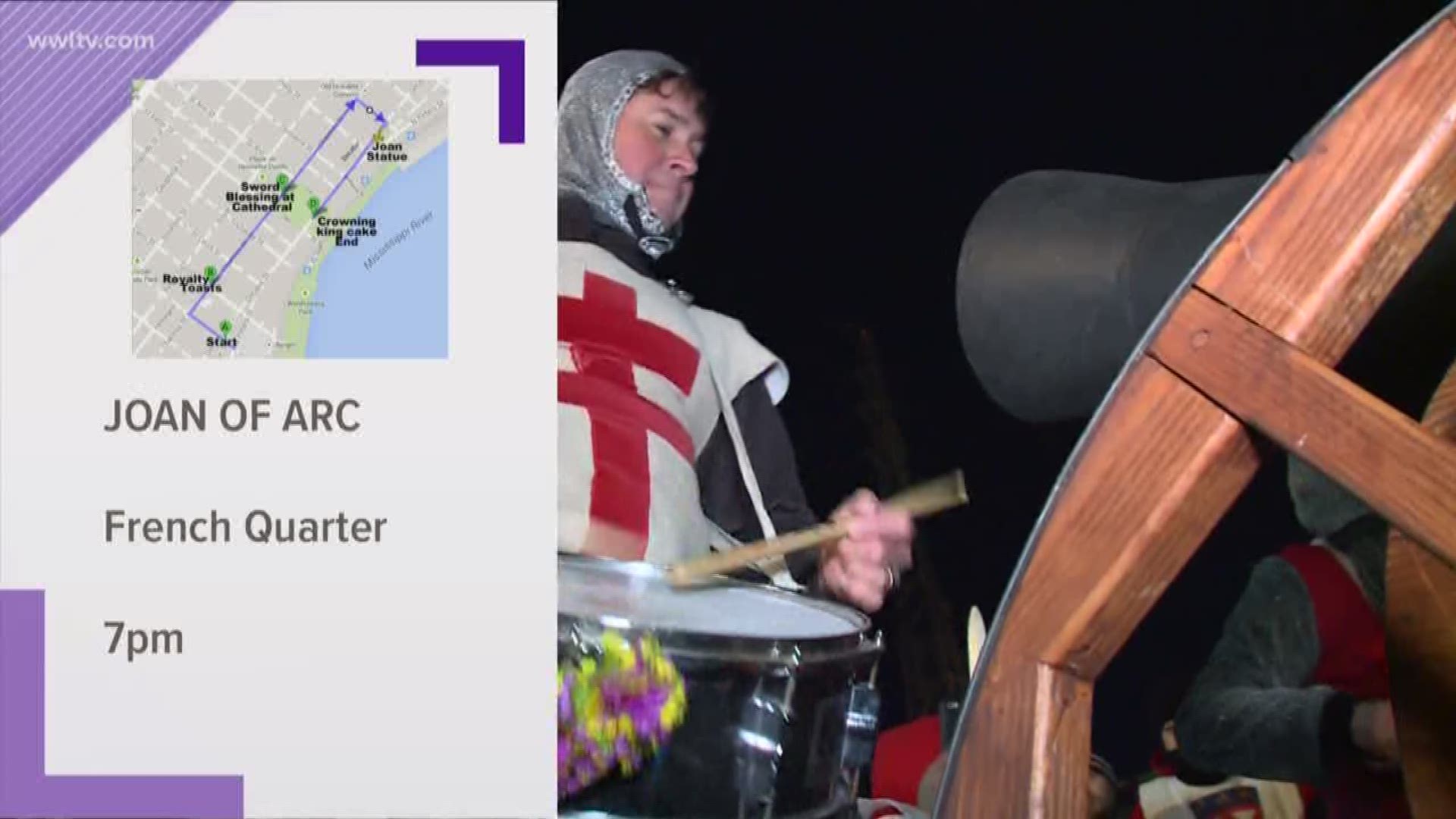 January 6 means several things. Known as both Twelfth Night and Three Kings Day, it’s a feast that marks the end of the Christmas holidays, when the faithful believe three wise men, or kings, visited the infant Jesus.

And in New Orleans, January 6 means Carnival season is here.

There can’t be a start to Mardi Gras time without parades, and several events are scheduled across the city tonight to kick off the festivities.

First up, the Krewe of Joan of Arc parade hits the streets of the French Quarter. Originally scheduled for 6 p.m., the start date has been pushed back to 7 p.m. on Sunday.

Families can expect specialty throws like decorated candles, shields and butterflies as well as plush horses.

The parade begins at Jax Brewery at the corner of Toulouse and Decatur streets, then travels down Decatur to Conti Street before turning right onto Chartres Street. The parade will return to Decatur Street and end at Jackson Square.

Then, two krewes will load separate streetcars and party their ways across the city.

Also at 7 p.m., The Phunny Phorty Phellows group will fill the streetcar at S. Carrolton and Willow streets uptown, then head down to Lee Circle and Canal before heading back up St. Charles to the Willow Streetcar Barn.

At 7:30 p.m., 40 members of Société Des Champs Elysée, “The Not So Secret Society of the Elysian Fields” will hop on the streetcar at North Rampart Street and Esplanade Avenue and head towards Canal Street. They will reach Union Station then turn around and finish their ride at the end of the line on Elysian Fields Ave.

The two krewes plan to pass each other at Canal between Carondelet and Rampart streets.

With 57 days until Mardi Gras, the next two months are sure to be filled with parades, balls and king cake until March 5.

For the full parade schedule, you can download our free "Eye on Carnival" parade tracker app. It will gives real-time GPS tracking of more than 65 local parades Just search for "W-W-L" or "Mardi Gras parade tracker" in the app store.

EDITOR'S NOTE: A previous version of this story reported that there would a firework display at 9:00 p.m. The story has been updated to reflect that there were no fireworks scheduled for Twelfth Night.