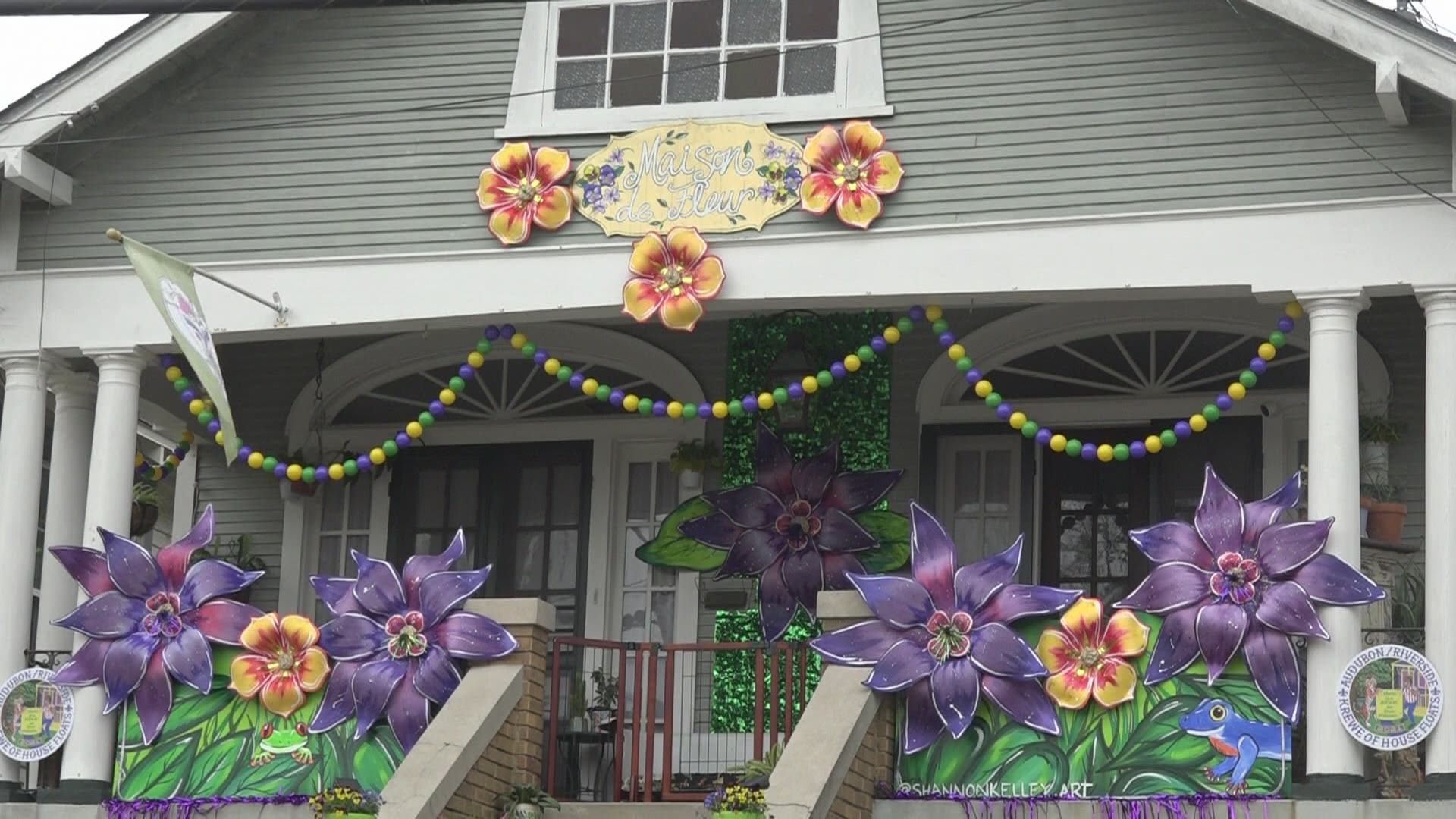 NEW ORLEANS — A lot of pennants, pageantry, and paint have gone into house floats across New Orleans, but some have found a little bit of plastic goes a long way.

“They do look like giant Mardi Gras beads,” laughed Virginia Saussy. She decorated her home on Napoleon Avenue with a “dreaming of next Mardi Gras” theme.

Her porch is part of the need for beads that have attracted thousands of ball pit balls across the city. These days, you’ll see them quite literally everywhere, hung from porches and roofs.

“Yardi Gras” may be something new to New Orleans, but as with most things, the city is rolling with it.

“Some people knit, I was stringing garlands!” said Saussy.

The balls often come in multiples of 100 and don’t take too long to string together with help of an upholstery needle.

But the New Orleans ball boom is actually squeezing supply. We talked with one seller out of Arizona who said he noticed a lot of orders coming in from the New Orleans area at the end of December.

By January, he could hardly keep up with demand. He said his workers were pulling purple, yellow, and green balls out of the ‘mixed packs’ of colors that the company sells, just to fill Mardi Gras orders.

One of his biggest orders was from the City of Gretna. The Mayor’s Office confirms it ordered three thousand of the Mardi Gras-colored balls. You can see them hanging from the trees along Huey P. Long Avenue.

On the East Bank, balls mean business for Lou Tonore, who goes by “LousBallz” on Instagram.

“My balls came in early so I could make some for myself and neighbors, and my neighbors came over and they sat on the front porch with me while I was stringing the balls together, and they said, Lou what’s the name of your business? And I said, well they’re balls, and my name’s Lou, so they’re Lou’s balls,” he said.

With the help of his neighbors, he set up an Instagram account for his business and sold out the first day. As he puts it, that’s when things “snowballed.”

“We’ve taken orders for about 475 ball garland strands, and we’ve fulfilled about 450 of those,” he said. He’s taking his last grouping of orders on Sunday and estimates he’s handled about 15-thousand so far this season.

You’ll even find a photo of his porch under the “Mardi Gras Special” his “ball guy” created for in response to all the orders.

“You can get away with one or two, and decorate your whole house,” he said.

And many expect this trend will bound right back next year.

RELATED: GNOF aids in the growth of black-owned businesses by awarding well-needed grants