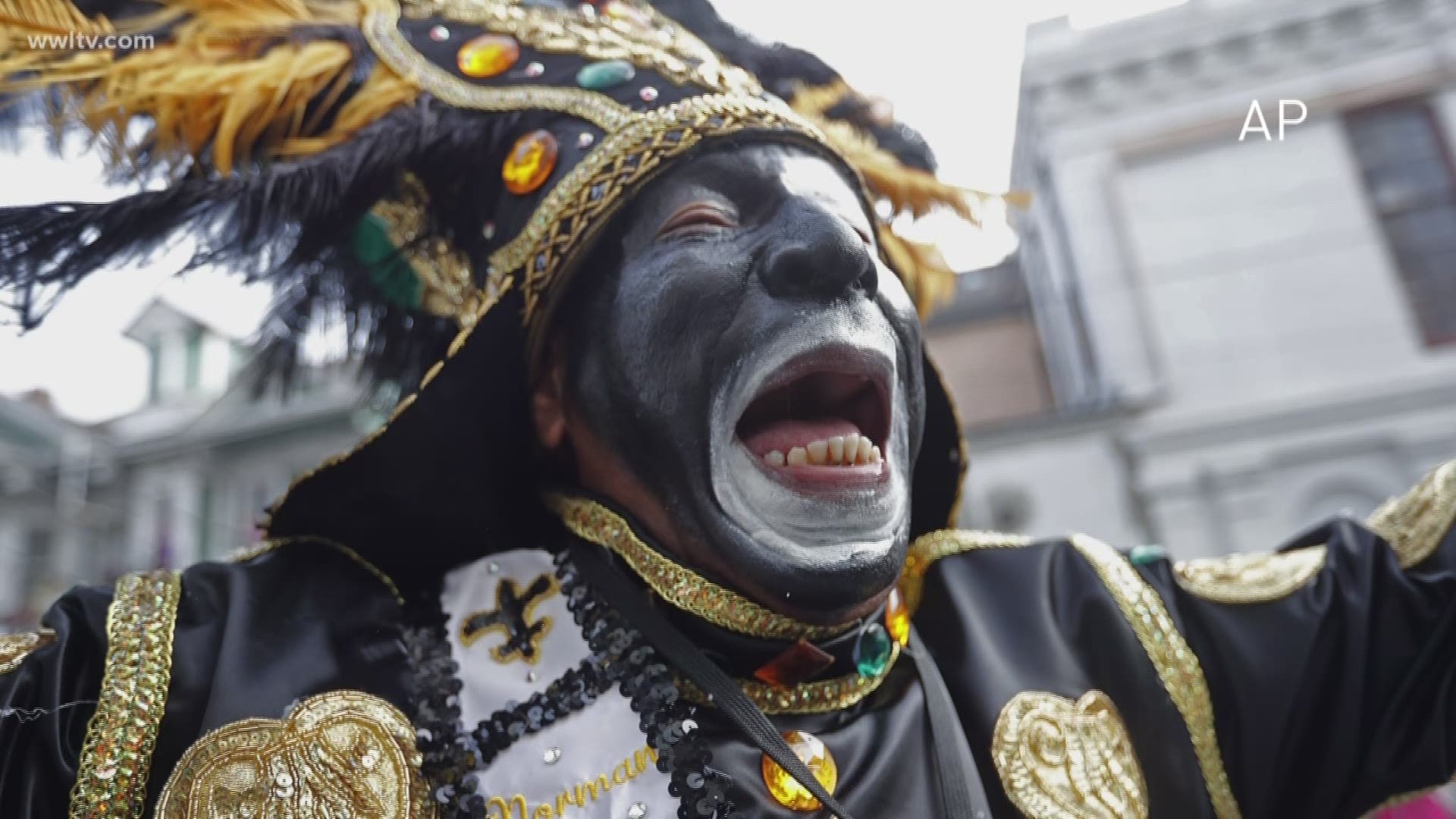 Every Mardi Gras Day, Zulu marchers and riders paint their faces black before they hit the streets.

It’s a practice that’s as old as the organization, which first paraded more than a century ago.

And now, as lawmakers in Virginia face backlash over their use of blackface, Zulu historian Clarence Becknell said the krewe has no plans of stopping its tradition.

“The members that started this organization, they were laborers,” he said. “They couldn’t afford the masks, and they used it just to mask on Mardi Gras. That’s all it really was.”

Becknell said it’s all about the context -- and the intention.

And it’s something everyone in the krewe does, Becknell said.

“Both black and white, you name it,” he said. “They just love to get in the parade.”

Carnival historian and New Orleans Magazine editor Errol Laborde said he agrees that Zulu’s blackface is not done in a spirit of hate. And all these years later, he said, the krewe and its traditions are part of the fabric of Mardi Gras.

“The coconuts, the motifs and the costumes -- part of the costume is the blackface,” he said.

While Zulu is bullish about keeping the tradition, there have been times in the past when its own members pushed back.

During the 1960s, membership dropped to about 16 people after others thought dressing in blackface and grass skirts was demeaning.

“There was a faction who thought the way they were doing it, having a Zulu sitting on an oil can with a palm frond instead of a real scepter, that that was kind of degrading,” Laborde said.

“They did have a boycott, and it didn’t matter. It really didn’t matter. And it became acceptable,” he said. “It’s just outsiders that want to make it a big deal."

He said he realizes it’s a sensitive topic but the club has no plans on making any changes given the context.

“You have to look and see what the purposes of it are for,” Becknell said. “We’re not political, we don’t use it for any other reason than just to parade. That’s all.”