John Rinker served in the Philippines during WWII and turned 100 years old on Thursday. 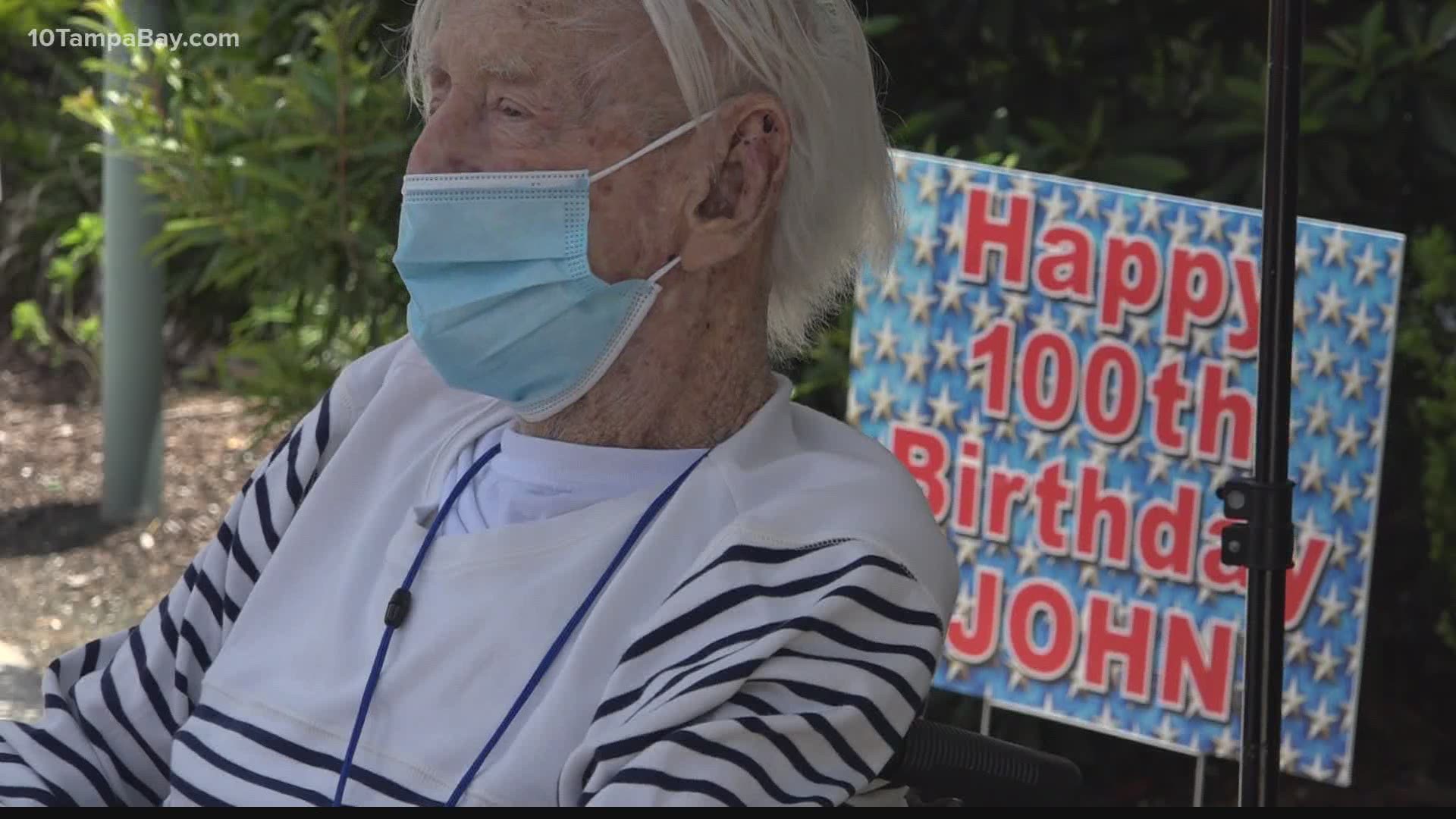 CLEARWATER, Fla. — John Rinker was told about his special drive-by birthday celebration but Clearwater’s newest centenarian never expected a caravan like the one that showed up on his doorstep Thursday afternoon.

What he got was around 100, many with local residents waving American flags and birthday banners for the WWII veteran. Rinker served three years in the Army and served in a special unit in the Philippines during wartime.

His daughter, Melanee Morales, along with friends, helped organized the birthday surprise.

“I’m very excited that he made it to be 100. He’s an awesome dad and a very special person,” she said, wearing a bright red, USA t-shirt. “He’s lived a good life.”

RELATED: From orphan to author: Tom Crowell aims to help veterans with his WWII-inspired book

Many of Rinker’s friends haven’t seen him in months since the COVID-19 pandemic closed down activities from outside assisted living facilities. Rinker, a former postal worker, has lived at The Colonnade at Beckett Lake for three years. His old neighbors rallied dozens of cars for the birthday wishes.

“(He’s) a very kind and gentle soul,” said Christine D’Angelo. “I’m a big WWII buff, if you will, and I love just the history. Just sitting with him and going through his scrapbook of pictures and photos of when he was overseas it’s just amazing.”

Police cars and fire trucks from the city of Clearwater blared sirens and flashed lights for Rinker. The parade lasted about 15 minutes. Rinker saluted nearly each car from the shaded overhang of the building.

“It’s a great, great thing to do to honor a veteran who is 100 years old,” said O’Neal Ducharme, a 97-year-old WWII veteran who participated in the parade.

Some passersby dropped off gifts through car windows. Others offered simple birthday well-wishes. The 100-year-old smiled the entire time. He even apologized once for saluting with his left hand.

“The stories I’m sure he’d got would be awesome to listen to,” said officer Frederick. “We owe him a great deal of gratitude.”

Rinker was born in Pennsylvania and started visiting Florida at age nine with his grandfather. He had just one daughter. He’s said to have been an avid golfer and enjoys crab legs and German food.