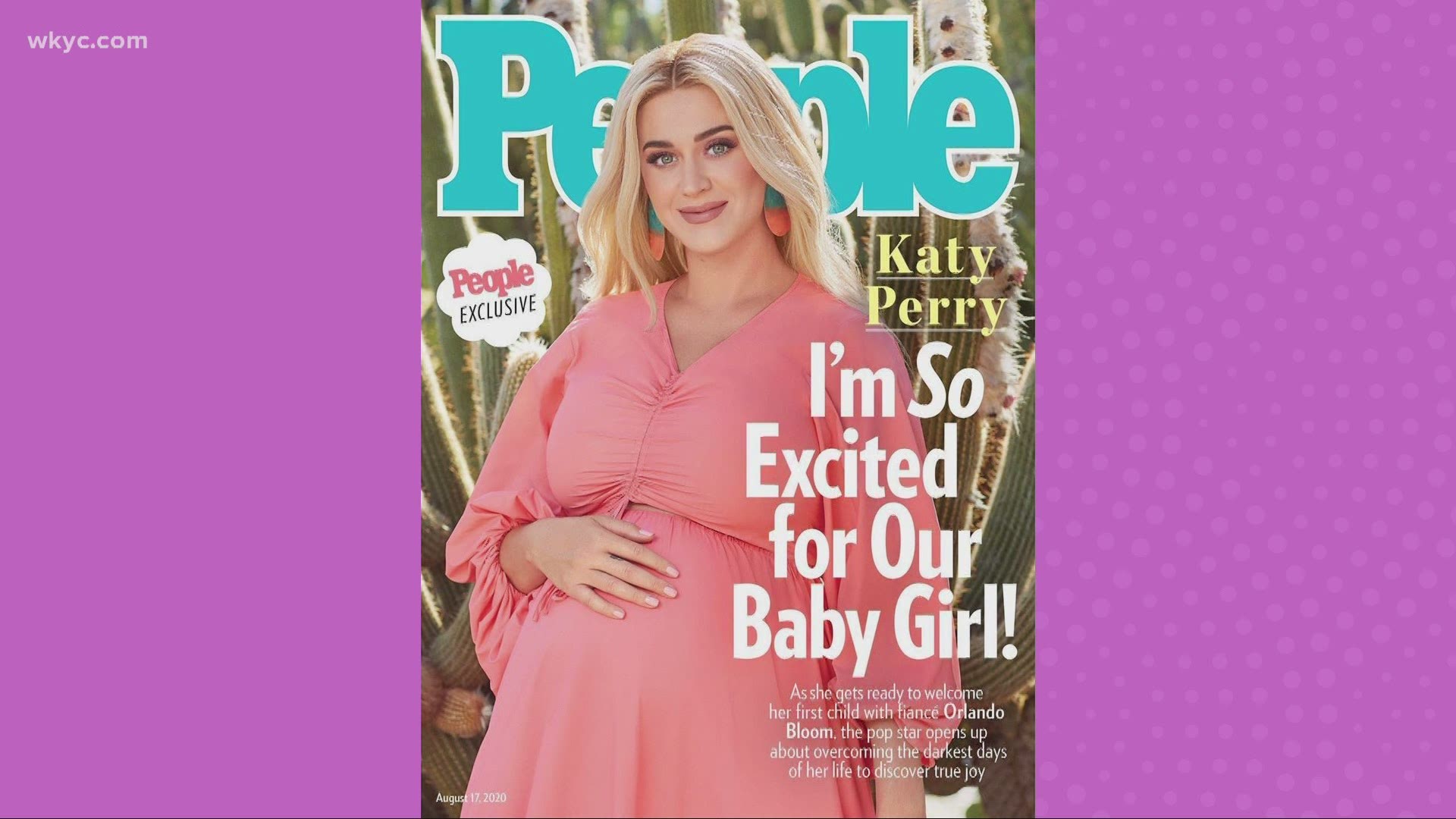 LOS ANGELES — Katy Perry finally had her baby, Sporty Spice's revelation, and a heartfelt reunion for a TV husband and wife. These are the top headlines around Hollywood.

After what feels like the longest pregnancy ever recorded, Katy Perry and Orlando Bloom finally announced the birth of their daughter, Daisy Dove Bloom, on Thursday.

It turns out the singer has been teasing the name all along, too.

While the couple, of course, thanked fans for their well wishes, it didn't take long for Perrry and Bloom to redirect the attention to a worthy cause.

The UNICEF ambassadors used the birth-announcement of their daughter to encourage people around the world to donate to the charity, and to help protect children who are at risk due to COVID-19.

Everyone knows that if you "wannabe" the lover of a Spice Girl, you've got to get with her friends.

In fact, Sporty Spice herself thinks that might be the reason the group was never sexually harassed.

During a recent interview, former Spice Girls band member Melanie "Mel C" Chisolm said that men were "petrified by them," and said "you knew if you mess with one of us, you would have to deal with the others. We always had backup."

Hey, when one of the group members is literally called "Scary Spice," we can't say we disagree.

And "America's Got Talent" held a surprise reunion last night on the show.

During a live "Q&A" with the hosts, judge Sofia Vergara was taken aback after the show patched in an "Ed from Hawaii" to ask her a question.

The surprise? It was her TV-husband of 10 years, actor Ed O'Neill.

Vergara and O'Neill played Gloria and Jay Pritchett on "Modern Family" until the show's end earlier this year, and due to COVID-19, they hadn't seen each other since wrap.

The "AGT" host was overjoyed and it ended up being an emotional moment for everyone involved.

Is it too early for a reboot?