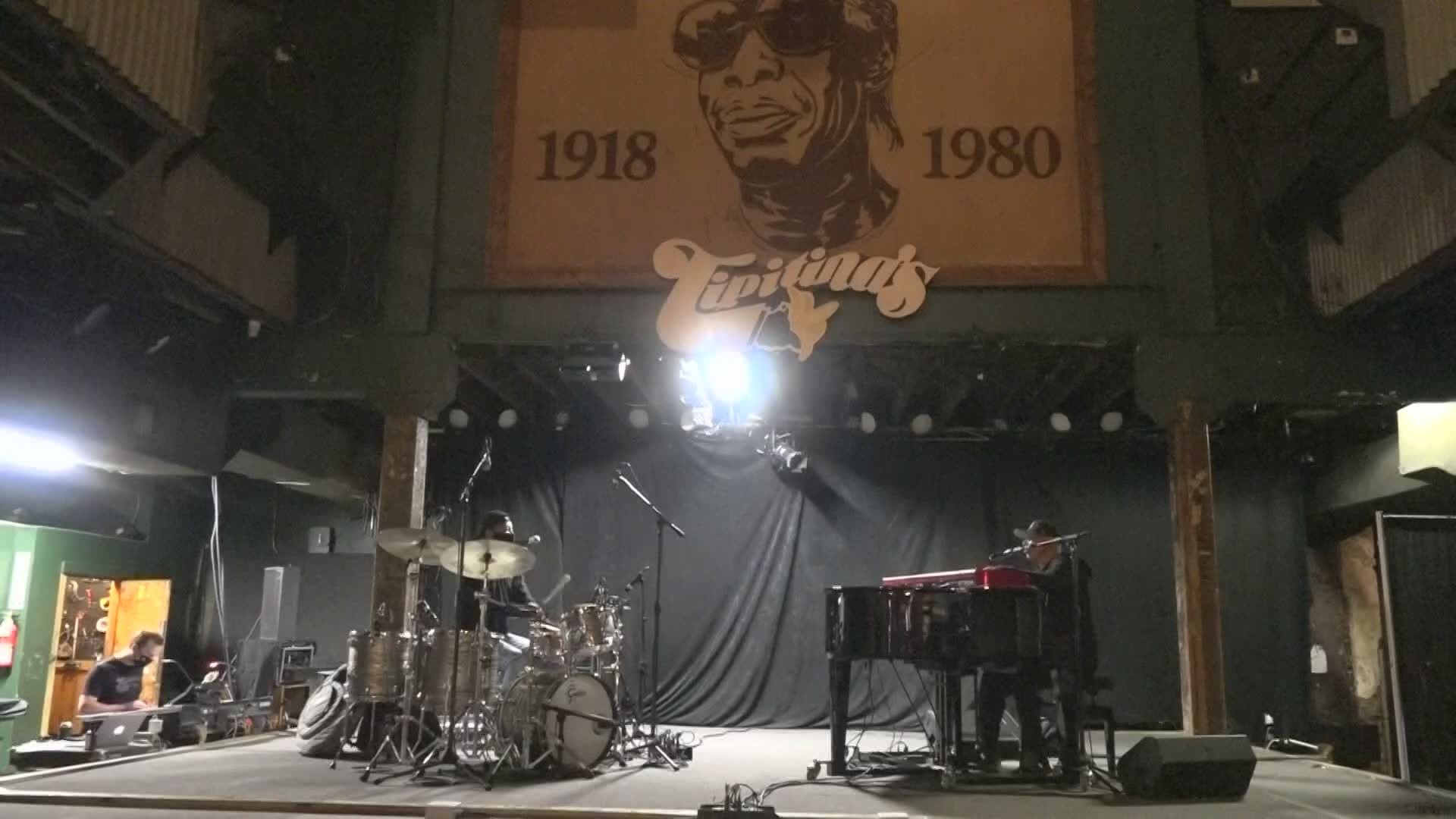 NEW ORLEANS — Ivan Neville hasn’t played for a live audience in a year.

“It’s been a long time,” he said during a soundcheck Friday at Tipitina’s.

“It’s gonna be very different than a show that people have seen at Tipitina’s before, but I think it’s gonna be something that everyone will enjoy,” said General Manager Brian “Tank” Greenberg.

“The music will be over at 11, which is typically when the music gets started at Tipitinas.”

As live, indoor music returned to the city, Tipitina’s set up two shows Friday night. They sold out within hours. The back-to-back shows are to accommodate the 75-person cap set by the city.

In addition, Neville will have fans blowing back on him to increase ventilation. Tables in the venue are spaced out and sold to a single group.

But the music is slowly returning to New Orleans. Neville says he missed the feeling of playing in front of a live crowd.

At Howlin’ Wolf, chairs are sparse and spaced into pods for the Rebirth Brass Band to take the stage.

No dancing is allowed in the city, and visitors have to stay sitting with their group.

“It’s been a year in the making. We were the first to close and one of the last businesses, business sectors to open,” said Howie Kaplan, the owner of the club.

He doesn’t sugarcoat the struggles for an industry that has hung on by a thread all year.

“The hospitality industry, including musicians and music clubs and bars and restaurants, it employs more people in the city of New Orleans than any other. And that’s just a fact. And so the sooner that we can get the culture and the people back on the stage and do it safely,” he said.

When things open fully, the fans will be there.

Many of them, eager for a taste of the New Orleans we lost one year ago.

Neville said,  “I’m really optimistic, you know. Maybe there’s a little light at the end of the tunnel.”

RELATED: New Orleans culture will not be a casualty of COVID-19

RELATED: A year of COVID: Our stories