'This is his way of showing love': Macon man goes all-out with Christmas lights every year 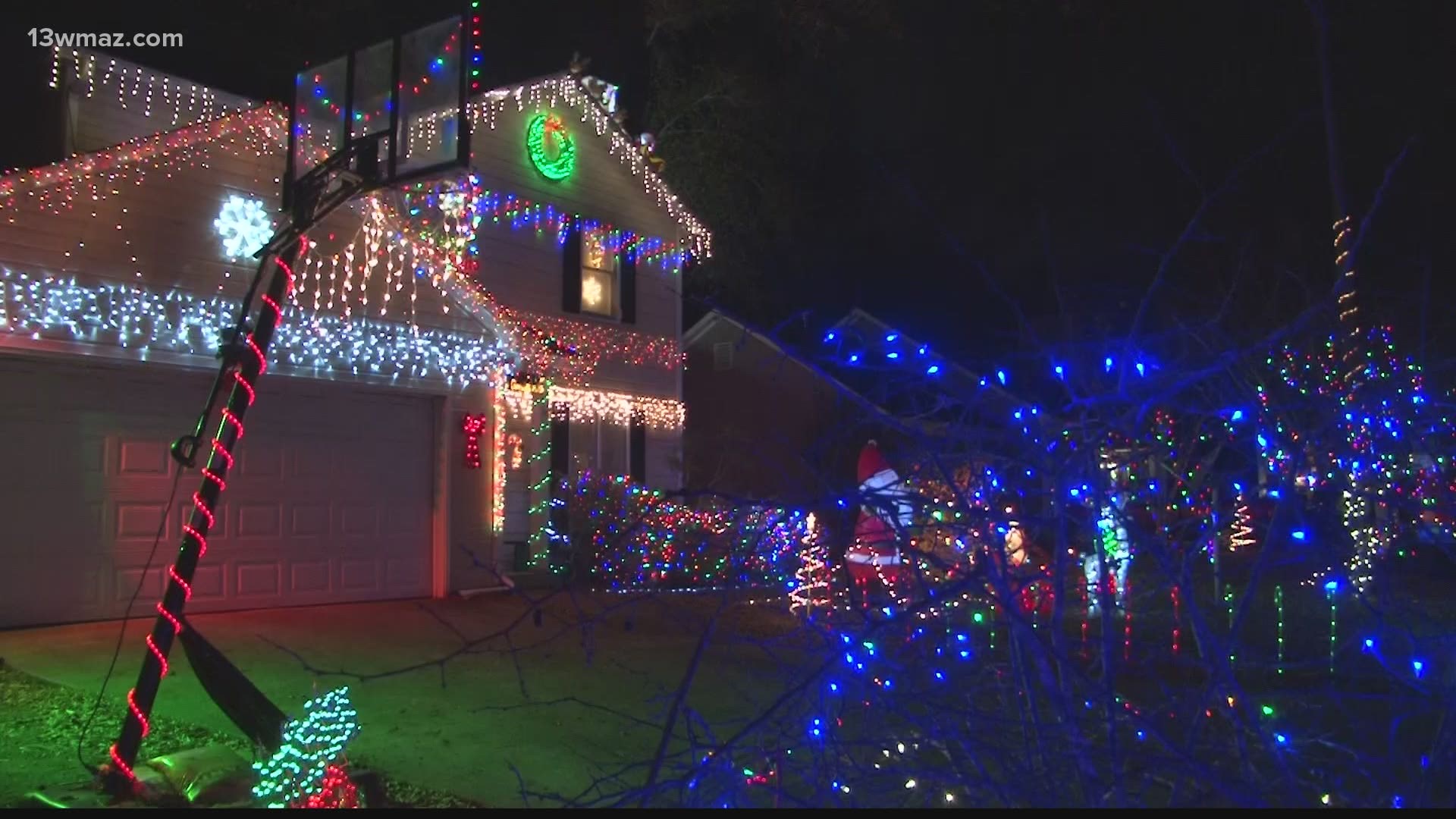 MACON, Ga. — You might take a few hours one day to decorate your rooftop and some bushes for the festive month of December, but one Macon man spends two weeks setting up all his decorations.

The finished product is one you won’t want to miss.

Lori and Frank Seymour live at 3420 Stinsonville Road. Frank has been putting up the decoration for 20 years. It all started when his kids were small, but now it’s become somewhat of an obsession.

Lori says she takes a deep breath every time her husband brings home more decorations for the yearly display.

“That tree over there has red lights this year because I can get them for $2… for 120 lightbulbs,” he said.

The civil engineer has decked the halls, the side of the house, the telephone pole and even scored some points on the basketball goal, but he figures it’s still not perfect.

“I’m going to get a Bethlehem star and I’m going to put it up right next to that big wreath because I’ve got some voids I just gotta fill,” he said with a twinkle in his eye.

Well, with that kind of statement you may wonder why a man who unleashes fifty extension cords at the end of every November does all of this.

“This is his way of showing love to his family and the neighborhood,” said Lori.

Jon David Kennedy is one of those neighbors.

“We come every night to see them,” said Kennedy while holding his 2-year-old, Finley.

And even Lori, who doesn’t really mind the lights but worries about her husband, urged her special elf to get going a little earlier this year.

Frank is as reliable as Santa delivering on Christmas, so pandemic or not, you can bet the lights will always be shining every December.

He says they will stay up through New Year’s weekend.

Do you have a Christmas light display you want the rest of the world to see?

Just download the 13WMAZ app via the Apple Store or Google Play store, scroll down to the section that says Christmas Lights OR Near Me, upload your photo, we'll review it, and it'll show up on the map once it's approved!

'If you see it, send it': Here's how to share news you see through the 13WMAZ app