Hogs for the Cause is back

“It’s a great cause. That’s really why we come every year and he loves to eat so,” said Katie Adams from Belle Chasse. 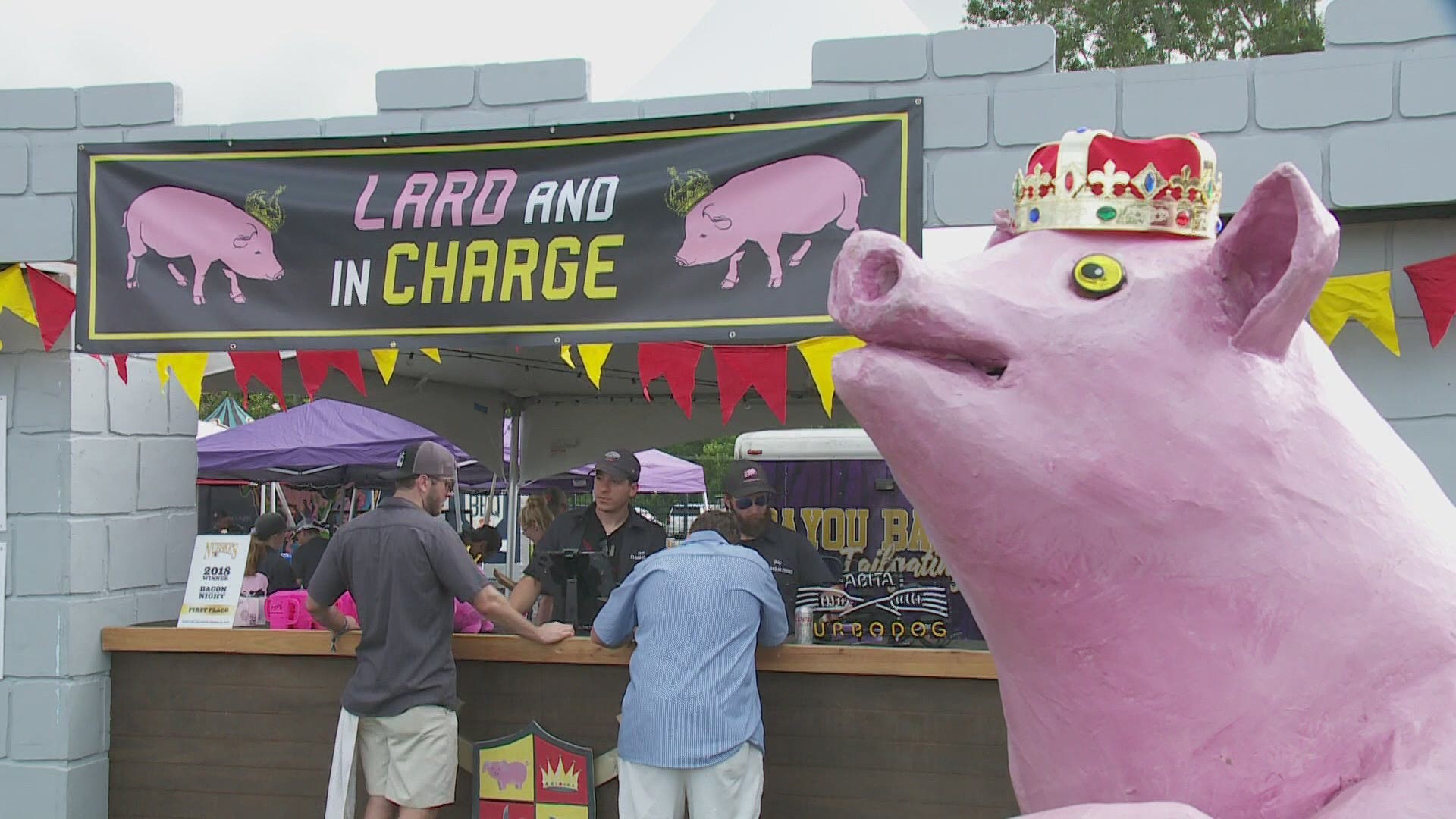 BELLE CHASSE, La. — From the food to the music, Hogs for the Cause makes a picture-perfect return to the festival scene in Southeast Louisiana.

“I just love BBQ and it’s just a fun event. You just walk around, drink, have some good BBQ. It’s been a great time,” said Thomas Pipher from New Orleans.

The two-day fundraising festival kicked off Friday afternoon in Belle Chasse, bringing food and community to the same table.

“It’s a great cause. That’s really why we come every year and he loves to eat so,” said Katie Adams from Belle Chasse.

“The festival is the coal that makes the train roll as far as fundraising,” said festival co-founder Becker Hall.

Hall wasn’t sure the festival would happen this year or if it would even survive being canceled two years in a row. That worry went up in smoke as folks showed up Friday.

“Cancer has plagued my family so it’s really important to me,” said Walker. “My dad died from cancer,”

Walker came from Natchitoches to help his team try and take home the crown.

“This is what I was raised up doing. I was cooking in the church every time they had those get-togethers and those pastor’s anniversaries,” said Walker.

A love of food shared with complete strangers, who become family at the festival table.