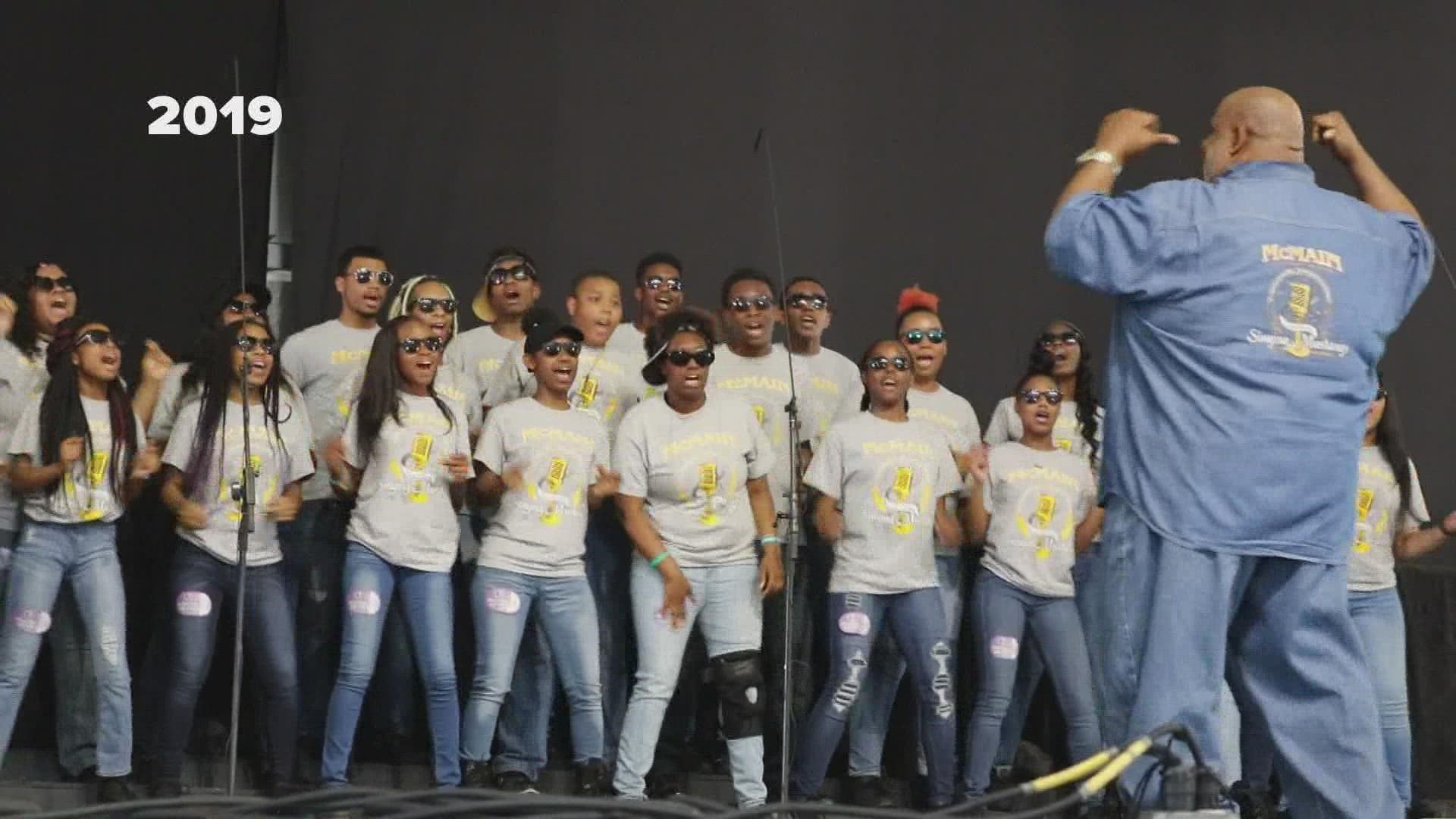 NEW ORLEANS — A local high school choir was recognized as one of the top three high school music programs in the country and they have some pretty impressive hardware to prove it.

The McMain International Singing Mustangs are head up by choir director Clyde Lawrence. He's been teaching music for 34 years and has been at Eleanor McMain Secondary School since 2006.

"I've been singing since I was four years old in the church," Lawrence said.

Music has always been his life, but he was also good with numbers and briefly as freshman at the University of New Orleans, he considered pursuing accounting. His true calling though pulled him back.

"All my math teachers were disappointed when I got a scholarship for music," he said.

Lawrence has been making a name for the McMain Singing Mustangs, who tour internationally and perform every year in the gospel tent at Jazz Fest.

"As a freshman, I remember everyone saying the choir, the choir this, and the choir that and how renowned the choir was and how well known they were,"  senior Calynn LeBlanc said.

"Now, they are music teachers, they love music that much and I guess they kind of care about me too," he said.

Recently, all the hard work was recognized.

"I really thought it was a hoax," Lawrence said.

"It was an honor," LeBlanc said.

Lawrence was thrilled to tell the students.

Lawrence hopes to put the grant money towards instruments or choir risers.