NOLAxNOLA Festival putting on more than 200 shows in 10 days

NOLAxNOLA will feature more than 200 shows across 35 music venues. 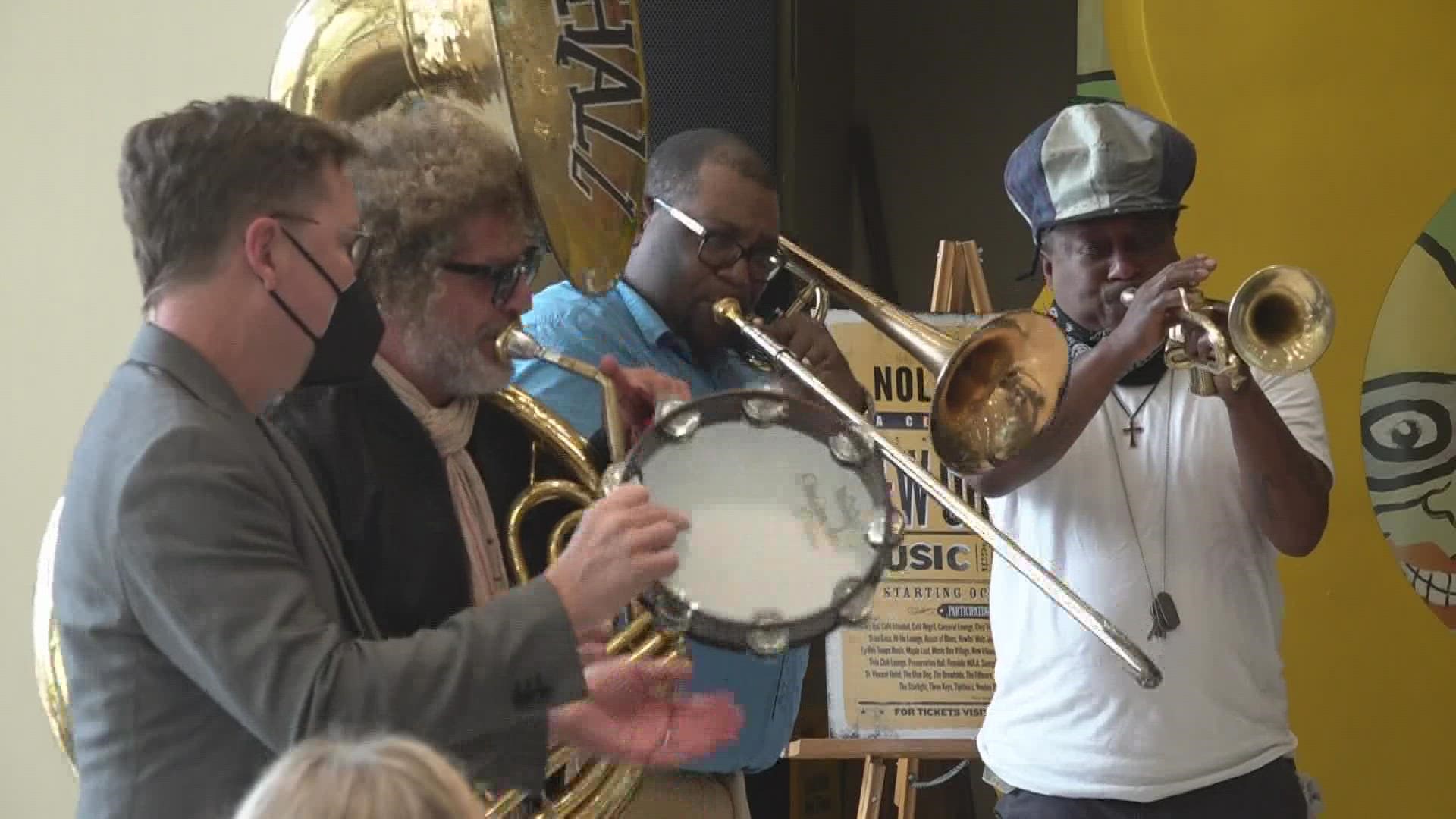 "We don’t have to create a festival, there's one here every weekend," Ben Jaffe with Preservation Hall said.

That's why, to make up for the loss many music venues and musicians were expecting, New Orleans & Co., in collaboration with music venue owners came up with a new festival, NOLAxNOLA. It's all based in music venues and clubs.

New Orleans & Co. partnered with some of New Orleans' most iconic nightclubs and music venues to create NOLAxNOLA, a branded series of live music events from Oct. 7 - 17, when Jazz Fest would have been held.

"This isn’t just about saving musicians or clubs, this is about our cultural economy, it's about jobs," Howie Kaplan, owner of Howlin' Wolf, said.

"In addition, we're offering up to $3,000 or maybe more to each club that puts on a certain number of shows during these two weeks," Perry said.

New Orleans & Co. created the new NolaxNola.com. There, you'll find shows by participating music venues all in one spot. They plan to market and promote these clubs year round and make NOLAxNOLA an annual event.

"We're going to grow this and we want it to be bigger than South by Southwest."