Venues and musicians are turning to their legislators for help 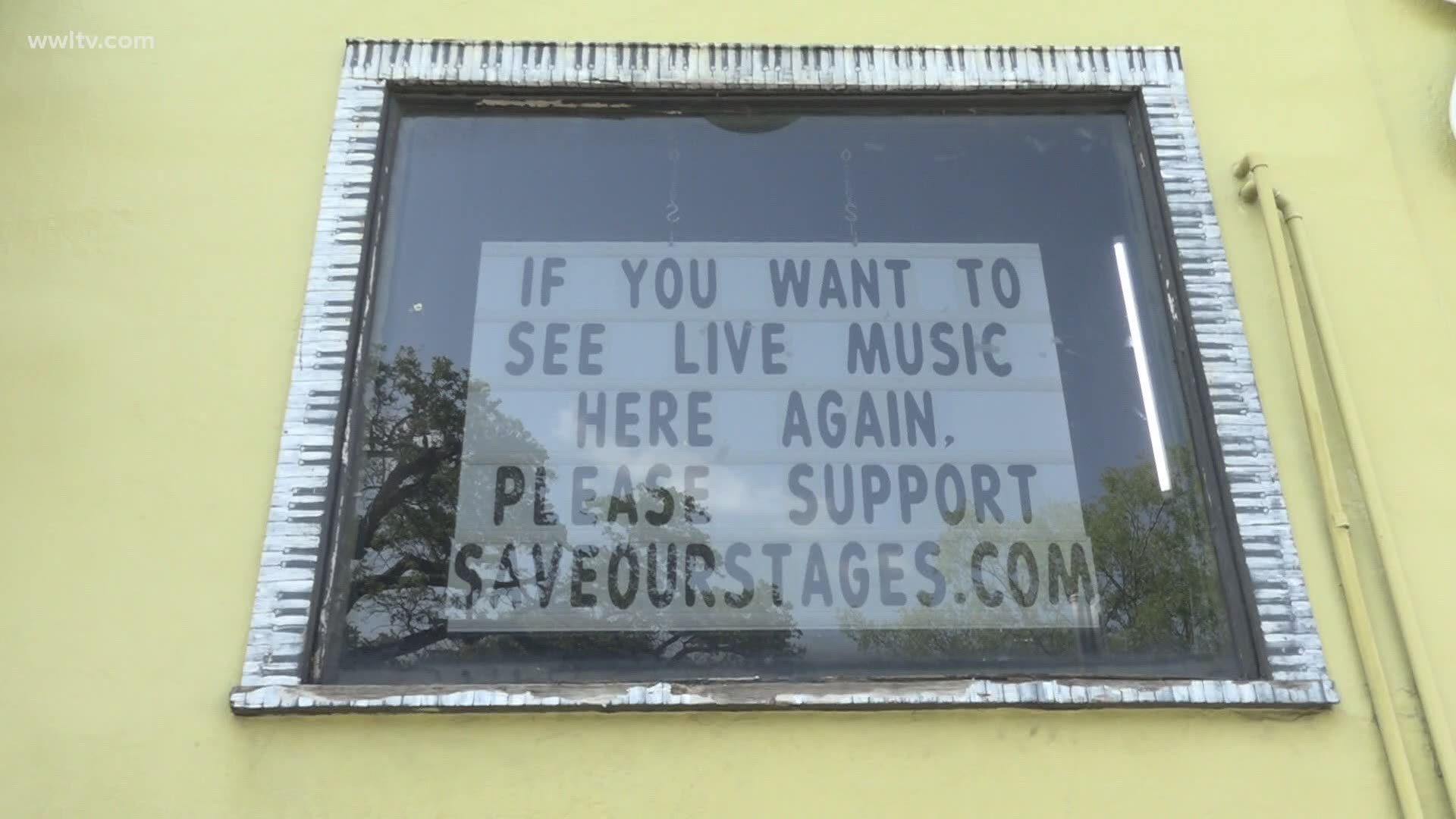 With help from the National Independent Talent Organization, more than a dozen Louisiana musicians sent in a video to Senators Bill Cassidy and John Kennedy, asking them to co-sponsor the RESTART Act.

The bill would provide assistance to small and mid-size businesses nationwide, like those that support the music economy in Louisiana.

“We, bands and clubs, have been the first to have to close down, and we’ll be the last to reopen. And we understand that, and we want to be socially responsible, but it’s putting hurting on our ability to sustain our livelihoods,” said Stanton Moore, co-owner of Tipitina’s.

“The restart act will go to great lengths to help prolong our ability to keep the funds and the bills paid until we can open.”

The video sent in to legislators features Moore, along with acts like Tank of Tank and the Bangas, and Ben Jaffe, of Preservation Hall.

In all, more than a dozen faces of the music industry make their case for supporting the extensive ecosystem of music statewide.

Reid Wick, of the Recording Academy, said it cannot be understated how valuable that ecosystem is.

“It just makes sense that if our Louisiana senators and representatives really supported this bill, especially from a state that is so music-centric, that it really would mean a lot to the rest of the nation to step up and support it as well,” he said.

He added, there’s a lot of uncertainty surrounding live music as Louisiana pushes through the pandemic.

“Since so many people, especially in Louisiana, make the bulk of their living from playing music live, you know it’s just been totally shut down and there’s no end in sight,” he said.

Tipitina’s has been building support for the RESTART bill with the support of the National Independent Venue Association. Learn more at SAVEOURSTAGES.com

In addition to pushing for federal help, Tipitina’s is building plans for live, streaming concerts coming up in the near future to help pay the bills.