The Rolling Stones were originally scheduled to play at the 2019 festival, but canceled because frontman Mick Jagger needed heart surgery. 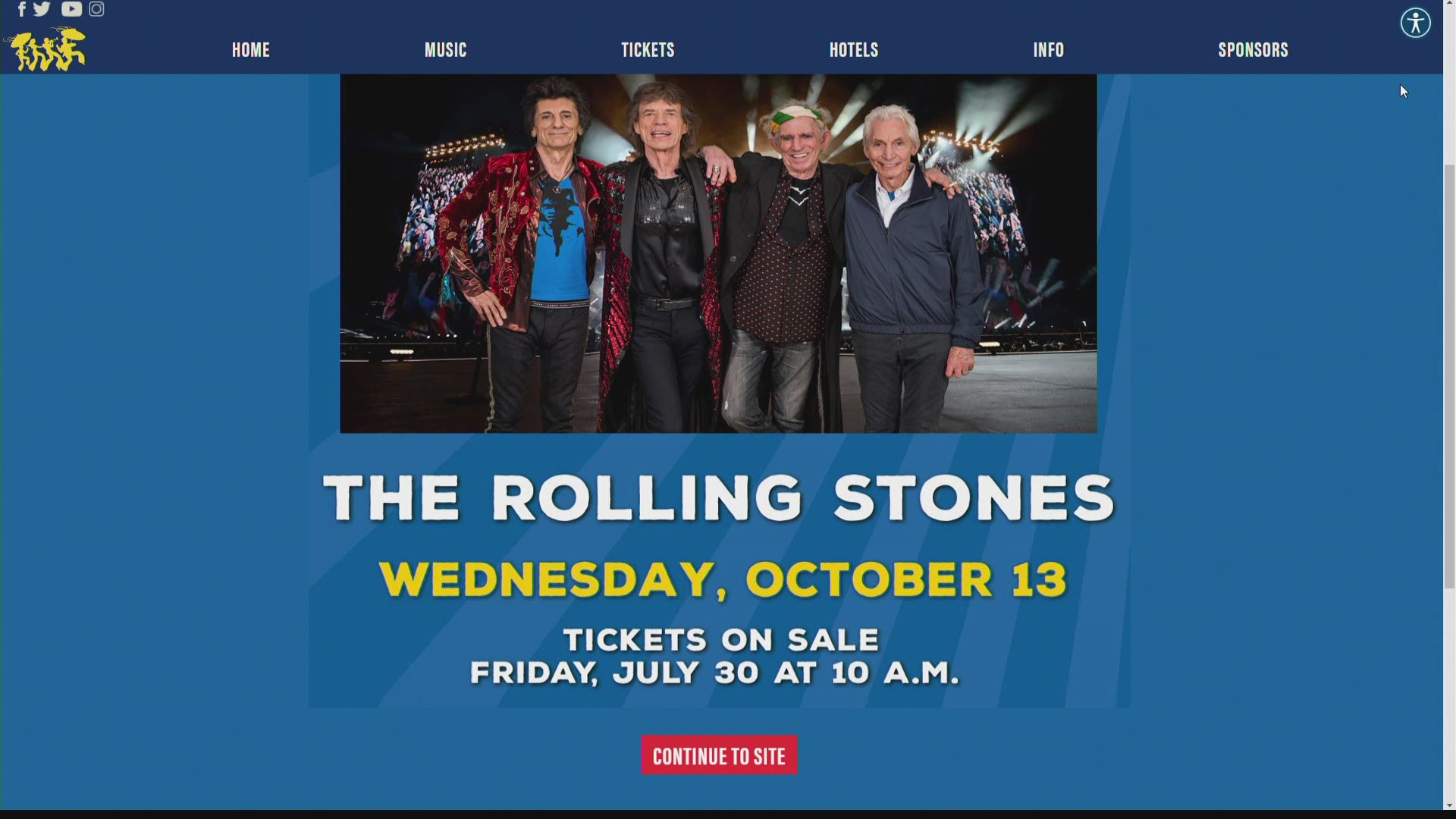 The New Orleans Jazz & Heritage Festival announced the band Thursday morning, adding them to an already stacked lineup for the fall festival.

The Rolling Stones were originally scheduled to play at the 2019 festival, but canceled because frontman Mick Jagger needed heart surgery. They later performed a separate New Orleans show in July 2019.

Nobody was able to play last year because the 2020 festival was canceled altogether because of the coronavirus.

The band will play a special show on Oct. 13 for the festival as part of their "No Filter" tour.

The Stones will headline a new event set for an inaugural show this year: Wednesday at Jazz Fest, which will take place between the Jazz Fest weekends.

General admission and VIP tickets for the Rolling Stones at Jazz Fest go on sale at 10 a.m. on Friday, July 30.

Anybody who has already purchased a 3-day weekend pass or another VIP package by Sunday, July 25 will be allowed to take part in a limited presale for the first run of tickets.

The New Orleans Jazz and Heritage Festival is one of the biggest events of the year for New Orleans, with hundreds of thousands of people descending on the city to listen to music.