"The opportunities in the film industry are like never before,” Williams said. “They are as busy as they can be and they’re looking for people.” 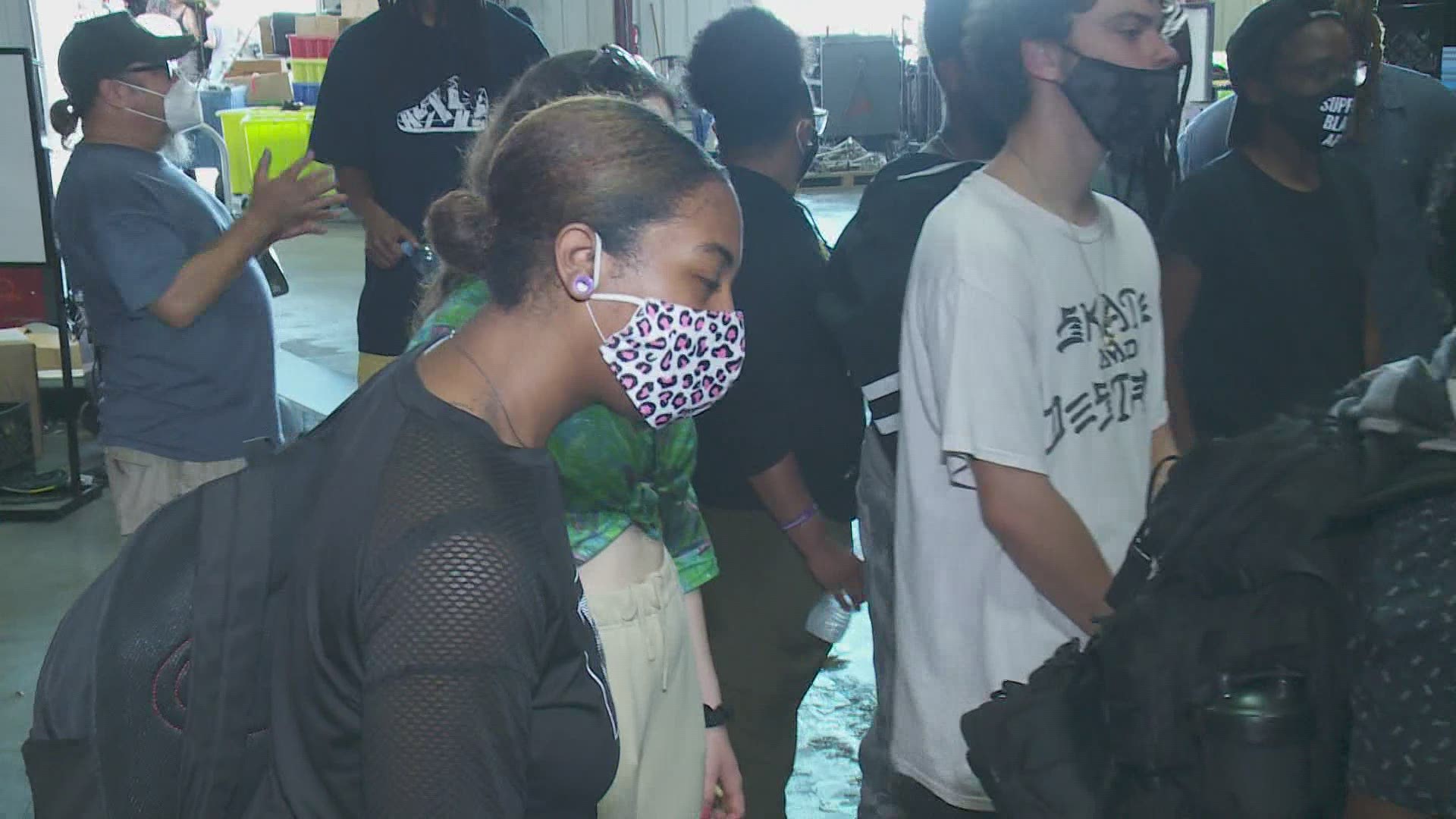 NEW ORLEANS — Hollywood South has not only rebounded since the pandemic; it is now on pace to set a new record for film production in New Orleans.

Right now, there’s a huge demand for trained workers in all aspects of the film industry.

The New Orleans Video Access Center (NOVAC) and the International Alliance of Theatrical Stage Employees (IATSE) have teamed up to teach a series of two-week film training sessions.

UNO film student Maci Bowling and New Orleans firefighter Tony Williams are among 20 trainees learning what it takes to work behind the scenes on a movie or TV show.

Bowling is an aspiring writer/director from Oakland, California.

"It’s important to know how the grips work, how the electric works, so that I can better communicate with my departments in the future,” Bowling said.

Williams grew up in Central City where he attended Booker T. Washington High School. He’s been with the NOFD since 2002.

The 50-year-old said he’s done some acting, now he wants to work in production full time.

“I’m a rookie, starting off in this business, but you know what, I got more energy than I’ve ever had before and I’m all excited and I’m ready to turn it on and get out there and do it,” Williams said.

Carroll Morton who heads the city’s official film office says the Big Easy is now on a record pace to double that figure.

“All of the major studios in Los Angeles and streaming services know us,” Morton said. “They know what our assets are, and they know that they can get their films made and their television series made here successfully.”

Morton added, having a ready, trained workforce is critical to growing this sector of our economy.

Some of the trainees already have job offers and that is indicative of an industry that’s grown by leaps and bounds in recent years. New Orleans is now the fourth-largest film production hub in the country behind New York, Los Angeles, and Atlanta.

"The opportunities in the film industry are like never before,” Williams said. “They are as busy as they can be and they’re looking for people.”

There are currently five Disney TV shows filming in New Orleans along streaming series like “Your Honor” and major movies such as “Where the Crawdads Sing.”

The Louisiana film industry is a billion-dollar business, supporting about 10,000 jobs.

RELATED: Hollywood South is back and coming soon to a screen near you

RELATED: 'NCIS: New Orleans' actors talk about what they will miss most about the city