“We wanted to have a way to celebrate their lives in a way only we at the opera can with this beautiful music written by Mozart. Art heals the soul right?" 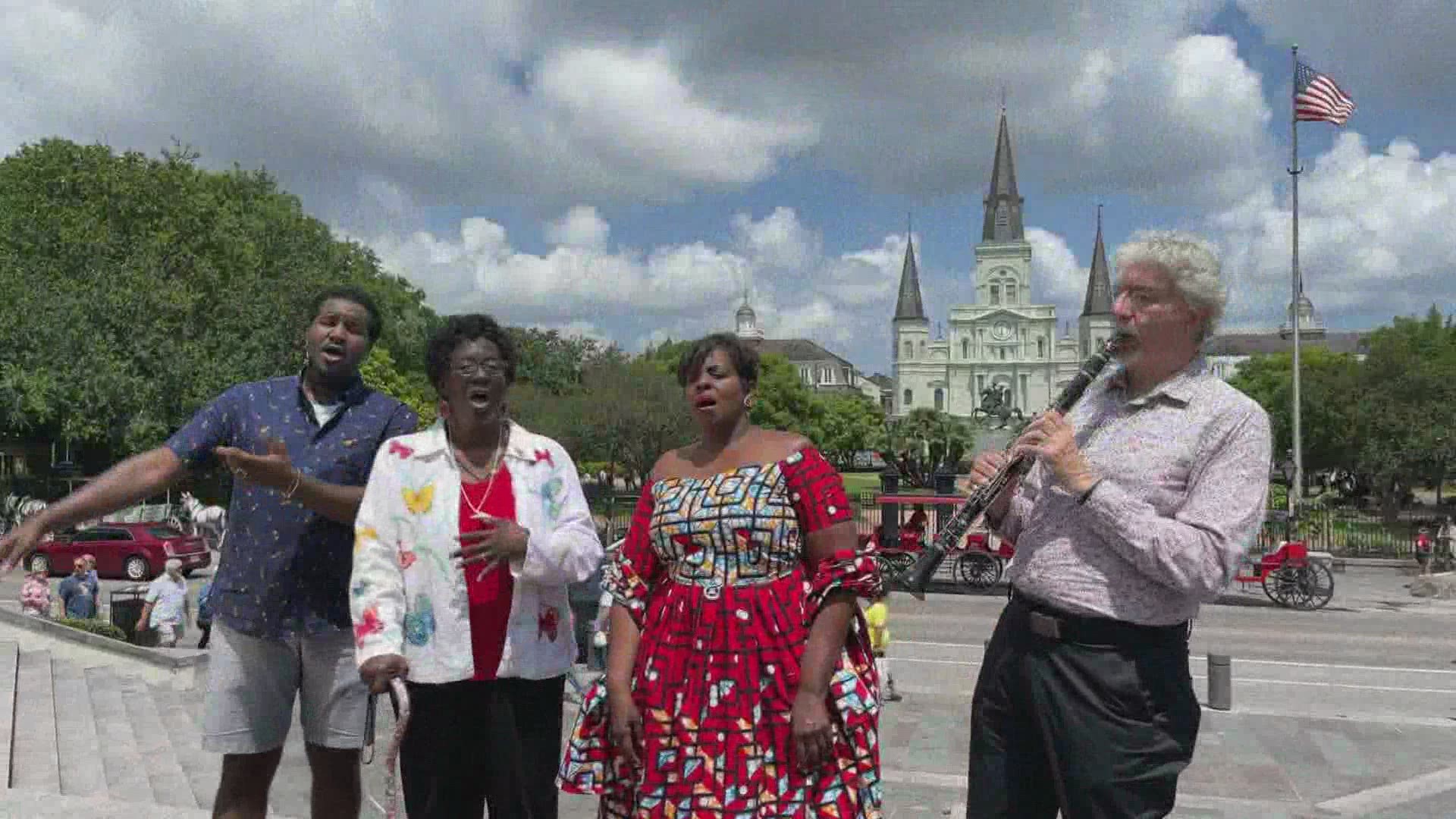 NEW ORLEANS — A unique collection of performers and artists released a video Thursday to honor the thousands of Louisiana lives lost to COVID-19. While New Orleans is perhaps best known for its jazz, this new tribute features a form of music that has been rooted in the city for more than two-hundred years.

“As an artist it’s very fulfilling to be a part of something like this,” said Tyrone Chambers II.

Chambers is a tenor with OperaCréole. He’s among the local opera artists and musicians from the Louisiana Philharmonic Orchestra chosen for the tribute video by New Orleans Opera, an organization dedicated to keeping opera alive in the city.

According to historical accounts, there have been operas in New Orleans since 1796 and perhaps even earlier. After several outside performances during the pandemic, New Orleans Opera recently announced its return to theater performances for the 2021-2022 season. For this modern-day and solemn project, the piece performed was “Lacrimosa.”

“This is befitting. It comes from Mozart’s Requiem and Requiem is the mass of the dead, it’s praying for eternal rest, praying for peace,” said Tyrone Chambers II.

“We wanted to have a way to recognize and celebrate their lives in a way only we at the opera can with this beautiful music written by Mozart. Art heals the soul right? So, we are taking this opportunity to heal ourselves and to try to help heal our community by bringing this beautiful music to everyone,” said Clare Burovac, general director of New Orleans Opera.

The pandemic killed more than 10,000 people in Louisiana. While that can be a heavy loss to comprehend, everybody involved in this video said paying the process of piecing together the tribute had some therapeutic aspects. In various ways, the video became a means for members of this specific music community to engage with one another again.

“When this idea came about it was a wonderful reason to reconnect with all the singers and the musicians of the Louisiana Philharmonic Orchestra and provide some employment for them so they could make a living doing the art that they do so well,”

“Even though we were there to sort of reflect on all the people we lost, it was also the first time for many of us that we were able to get together again and sing. There was joy in that,” said Chambers.

Rock is the woman behind the camera. Since the pandemic, she and her company have been tapped to capture, produce and document various aspects of life during the pandemic. From providing virtual tours of the Morial Convention Center when it was transformed to provide more space during the initial wave of COVD-19 to producing PSA’s on vaccinations, Rock has seen plenty through her camera lens.

“We shot John Goodman here on St. Charles almost one year ago today to do a Covid PSA for the city of New Orleans. So, it was me and John Goodman standing here with not many other people. Now we are here a year later, doing this gorgeous song. It’s a bit surreal,” said Rock.

In producing the opera video tribute, Rock wanted to showcase the artists in iconic locations of the city. You’ll see the Tree of Life near Audubon Park, the blue bride in Bayou St. John, and the urban colors along Claiborne Avenue.

“This is for us. The reason why I do it is for us. I feel like this is just one of the most beautiful ways to pay tribute to those that we lost,” said Rock.

Sometimes, words can’t fully express the emotions of a time. During those occasions, it’s maybe better that we watch and listen.