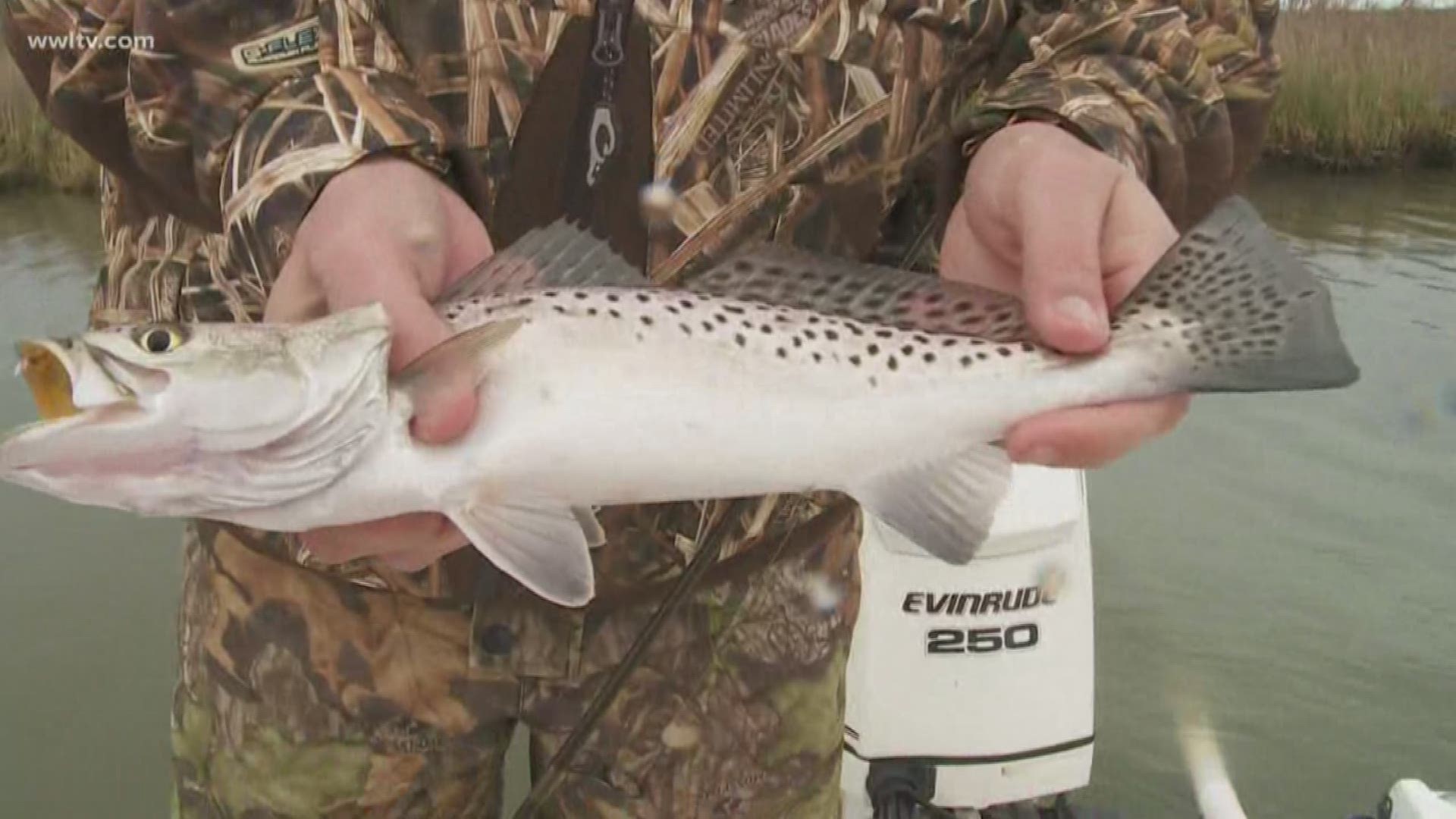 DELACROIX, La. — Delacroix Island has long been the top hot spot for winter speckled trout. We haven't had much winter recently until now and the speckled trout are cooperating.

"We've been holding trout between Lake Campo and Terre Aux Bouef all the way over to the Pencil Pipeline where there's been cleaner water than where there has been elsewhere in Delacroix," said Capt. Ron Broadus of Capt. Ahab's Charters.

"Generally around Campo, Four Horse, Lake John, the Fonguerra has all been good fishing. There are trout in Delacroix. It doesn't matter what you've been hearing - they're here! Come get you some!"

Delacroix's known as a speckled trout spot but catfish have sneaking in here lately and they come home with us when we catch 'em.

"That's a matrix shad lemonhead," Capt. Ron said. "That's really been a fruitful bait of course along with live shrimp. I don't come out without picking up some live shrimp and it's been working as well."