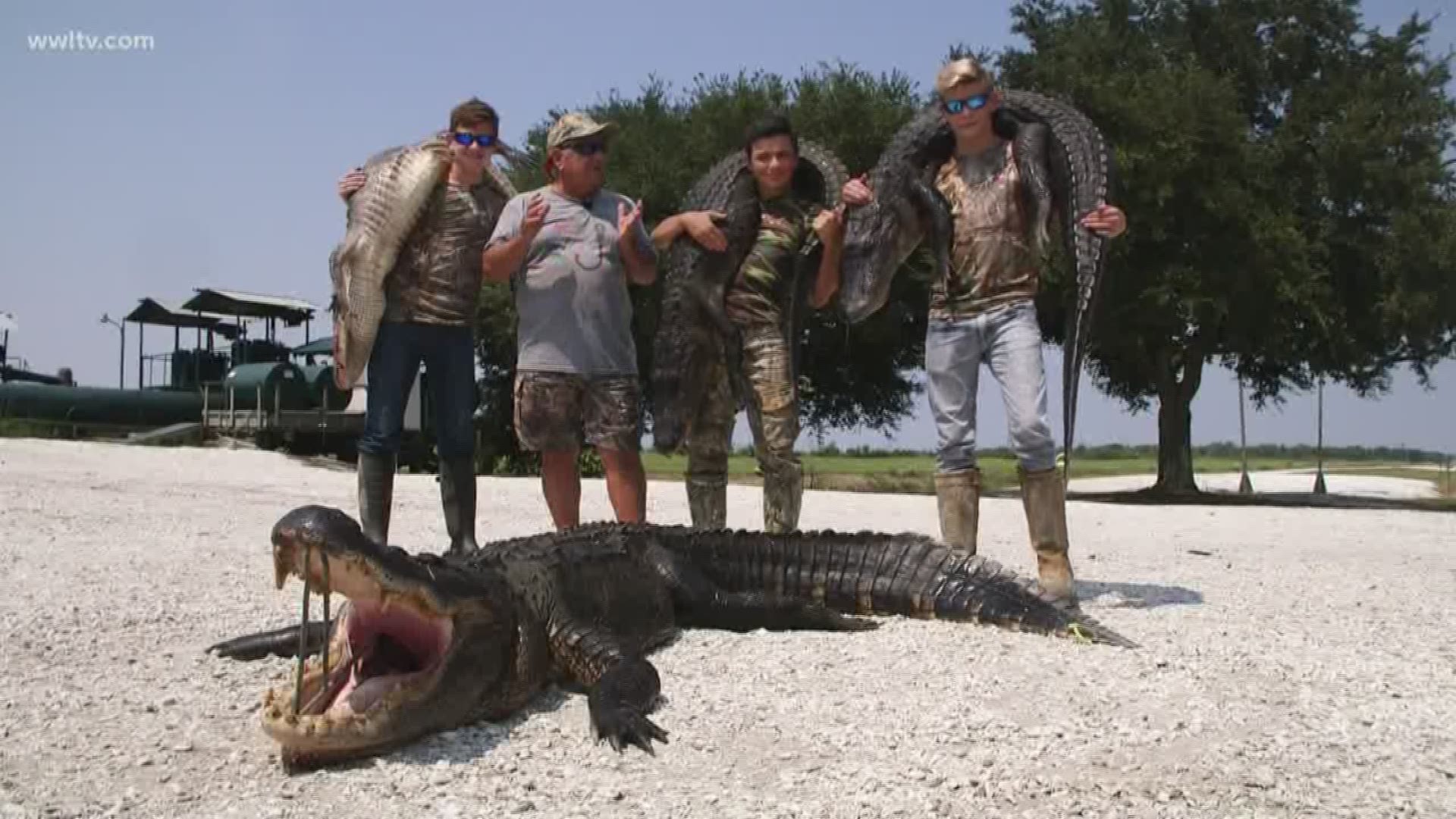 Once on the endangered species list, the American alligator population is now healthy and has become popular with recreational hunters during the brief August - September season.

Alll across the country, dads and their sons spend time together at ball parks in boats fishing, but here in south Louisiana we have the opportunity to do things a little differently -  hunting gators.

"We go two weeks before the season and scout to see where they're at, set lines out, and then we just pass them and it there's nothing there, then we'll start going to ride around and try to grapple hook them to make sure they can leave with a trophy of their lifetime," said Grady Galliano, manager of Hunttheisland.com.

"Some of the lessons of life and hunting kind of manifest themselves, like persistence" said hunting dad Leo Rohlange.

"The first day we shot a nice alligator, then we had to work all the rest of the morning and the afternoon and into the evening to finally get another one."

"There's an element of danger," Grady added. "You're out in the swamp so there's all the critters you're looking at. We've killed a lot of rattlesnakes, back here you've got cottonmouths, copperheads.   Alligators are powerful things and you've got it with a quarter inch nylon rope. Usually I bring two guys with me.  I'll let the guy in the front handle the hunter and I'm watching for the firearms. We don't load all guns till we're ready to fire it."

"I was expecting an eight foot alligator, not a ten foot alligator but whenever it was in the water it was kind of hard for me to tell how big it was until they finally pulled it up and I went wow," said student hunter Jakob Rohlange.