The producer and actor reportedly footed the bill for elderly shoppers at 73 grocery stores in Louisiana and Georgia. 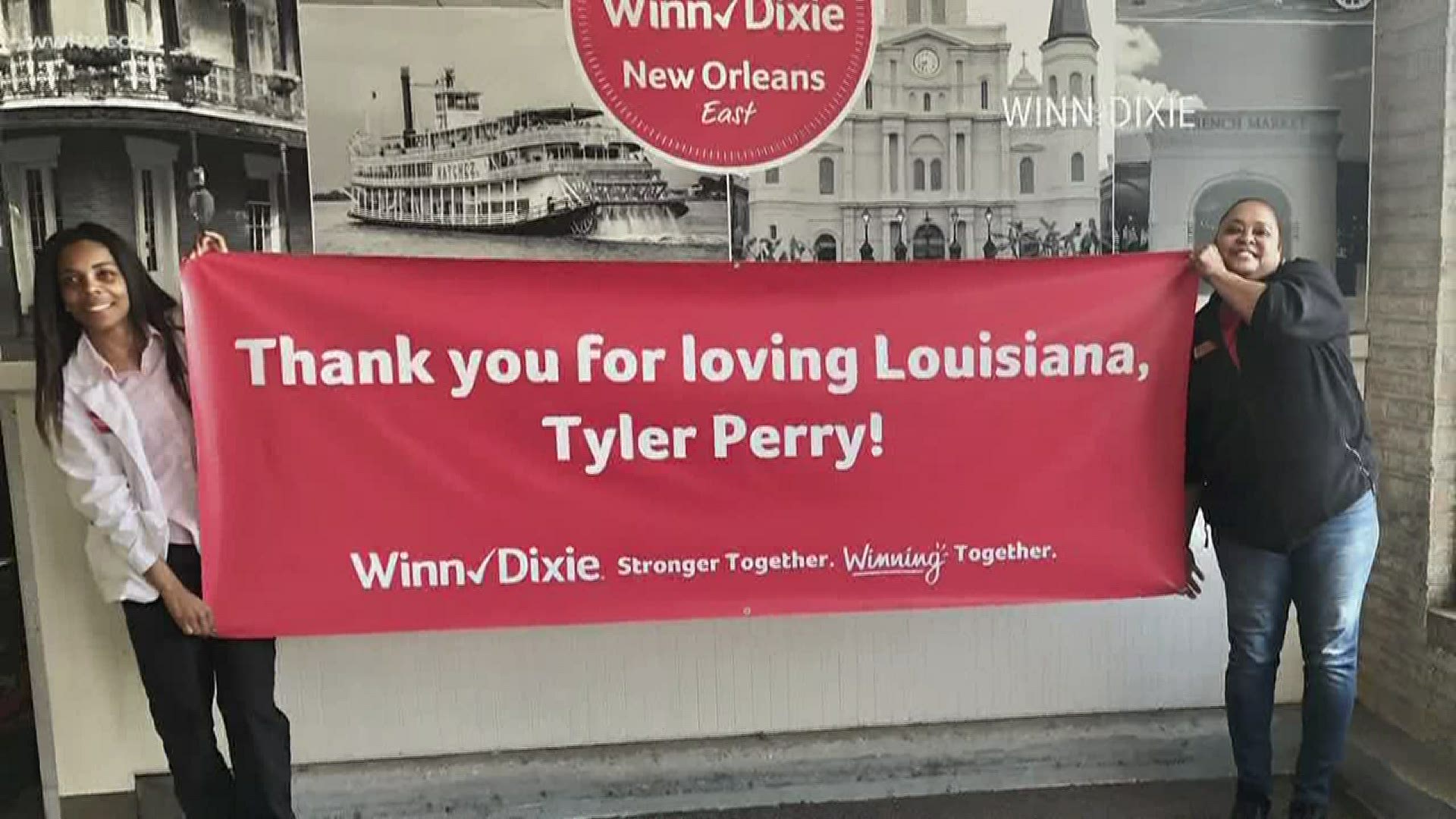 NEW ORLEANS — The people most vulnerable during the coronavirus pandemic got an amazing surprise Wednesday morning when they found entertainment mogul Tyler Perry had paid for their groceries.

Perry footed the bill for shoppers during Winn-Dixie’s special hour for elderly and high risk shoppers at all 29 Winn-Dixie locations in Louisiana and 44 Kroger grocery stores around the Atlanta area.

Winn-Dixie customers were shocked when they went to check out and were given a note that their purchases had been completed covered by Perry, the New Orleans-born writer, actor, producer and comedian behind the "Madea" series.

Shoppers were handed a piece of paper that said “Random act of kindness. Present to cashier before 8 a.m.

“We walked in and the manager just had this huge grin on his face when he was handing out these pieces of paper,” Erin Cowser, who was shopping in Hammond, said

When customers took that slip of paper to the cashier during checkout, they couldn’t believe it..

“She finishes and says ‘Oh, I want to let you know you don’t owe a thing. Tyler Perry is paying for your groceries this morning.’ I almost died!” Elizabeth Hunter said. “You hear about these things, but you never expect it to happen to you.”

"During a time when Louisiana is facing uncertainty, Perry and Winn-Dixie joined forces to provide thousands of elderly and high-risk customers with free groceries in all 29 Louisiana stores this morning," a store spokesperson said.

According to a report by 11Alive in Atlanta, Perry is no stranger to random acts of kindness.

They reported he ordered carry-out from Houston’s on Northside Parkway, one of the favorite eateries he enjoys frequenting in the city. and “left a $500 tip for each of the 42 out of work servers,” totaling a whopping $21,000.

Last month, Perry shut down all production on his original programming for films and TV shows for networks, including the Oprah Winfrey Network, Nickelodeon and BET.

A rep from his studio told 11Alive’s The A-Scene that Perry has placed all of those projects on hold due to growing coronavirus pandemic.