Adopted as a newborn, Verdin never knew her birth mother. They finally connected in June thanks to a DNA test. 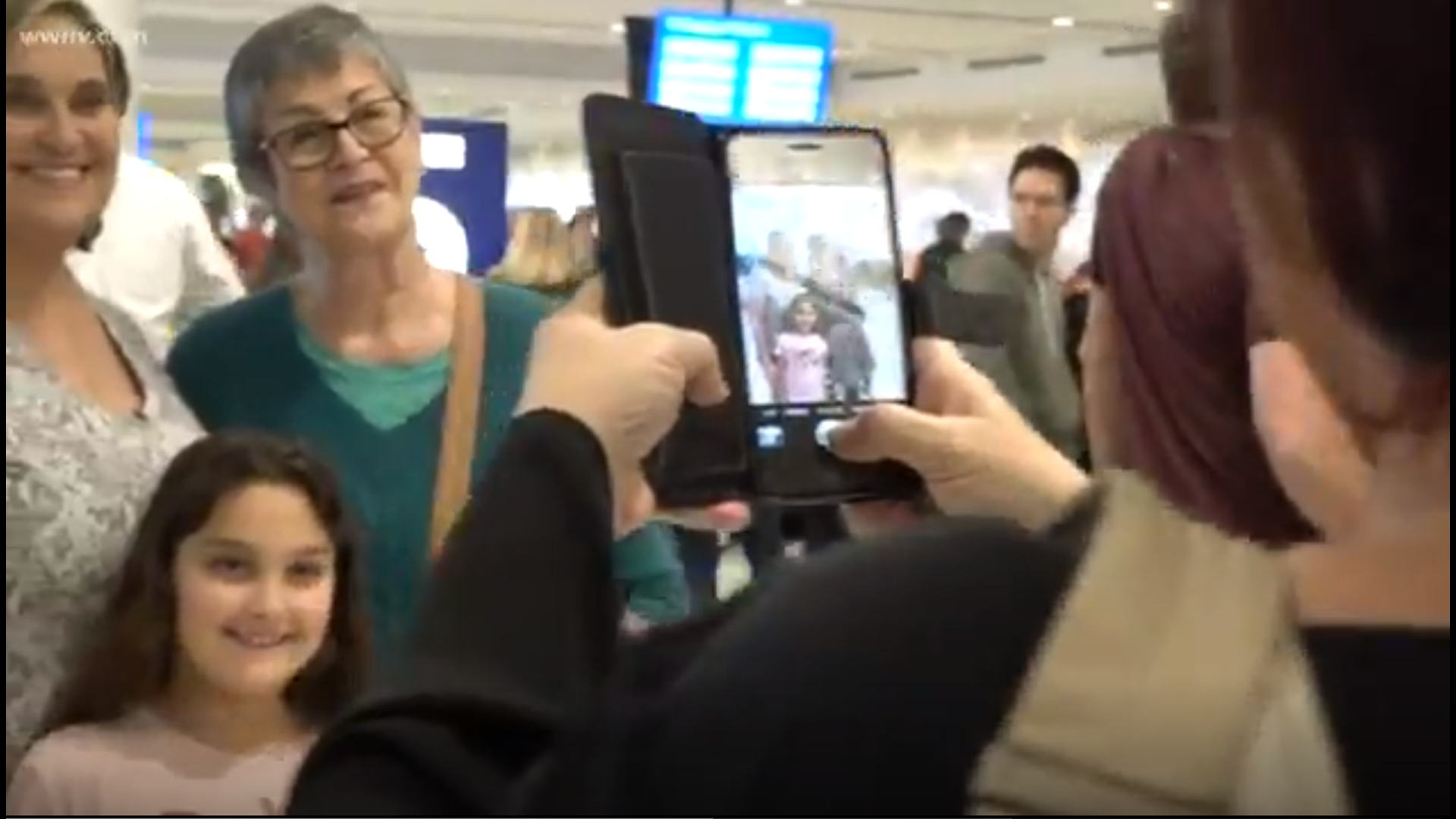 NEW ORLEANS — The Louis Armstrong International Airport is busy with travelers leaving and coming to New Orleans to visit family this Thanksgiving. For one woman, this Thanksgiving is extra special, since she met her birth mother for the first time.

"I'm a nervous wreck. This is crazy," Denise Verdin said as she waited inside MSY.

She was waiting for her birth mother to fly into New Orleans from San Diego.

"I never thought in a million years this would happen," Verdin said.

Adopted as a newborn, Verdin never knew her birth mother. They finally connected in June thanks to the DNA test, 23 and Me.

"This is something I always dreamed about since I was a little girl," Verdin said.

As her mother exited the terminal, she was greeted with a big hug and many tears.

"I'm glad to see you," Verdain said through tears. "This is so awesome."

It was a reunion 50 years in the making.

ALSO: Tremé: Death of a neighborhood, survival of a culture

ALSO: How to get around New Orleans, Hard Rock Hotel collapse during Bayou Classic

Verdin, 50, was born when Clarita Padilla was 24 years old. Padilla said she gave her up to offer her baby a better life.

"I did pray, and I asked the Lord to put her in the right home," Padilla said.

"They were amazing parents," she said.

In 2013, she got her adoption papers to find her mother, but she hit several dead ends. Padilla had a Columbian address that Verdin mailed a letter to, but she never heard back.

"I never got a reply so I pretty much gave up.

Her cousins bought her Ancestry.com and 23 and Me tests. In June, 23 and Me connected her to family who helped her find her mother on Facebook. She had a different first name than what was listed in her adoption papers.

"We have always wanted to find her, so when one of my daughter's called me and said 'mom I think she found you,' I was like 'oh my gosh'," Padilla said.

Padilla is now spending Thanksgiving week with her daughter at her home in Westwego.

Verdin also found her birth dad. They spoke over the phone several times and had plans to meet, but he died about month later of lung cancer.

"He said he was waiting for the day for me to contact him," Verdin said.

Now this Thanksgiving, it's pretty clear what Verdin and Padilla are thankful for.

Verdin went from being an only child to having seven siblings between her mother and father.

She also mentioned she has some friends who were adopted that are now planning to do a DNA test too to find their families.