Not only will Choppa perform during halftime at the NFC Championship game on Sunday, but he opened for Justin Timberlake and performed at Drew Brees' surprise birthday party. 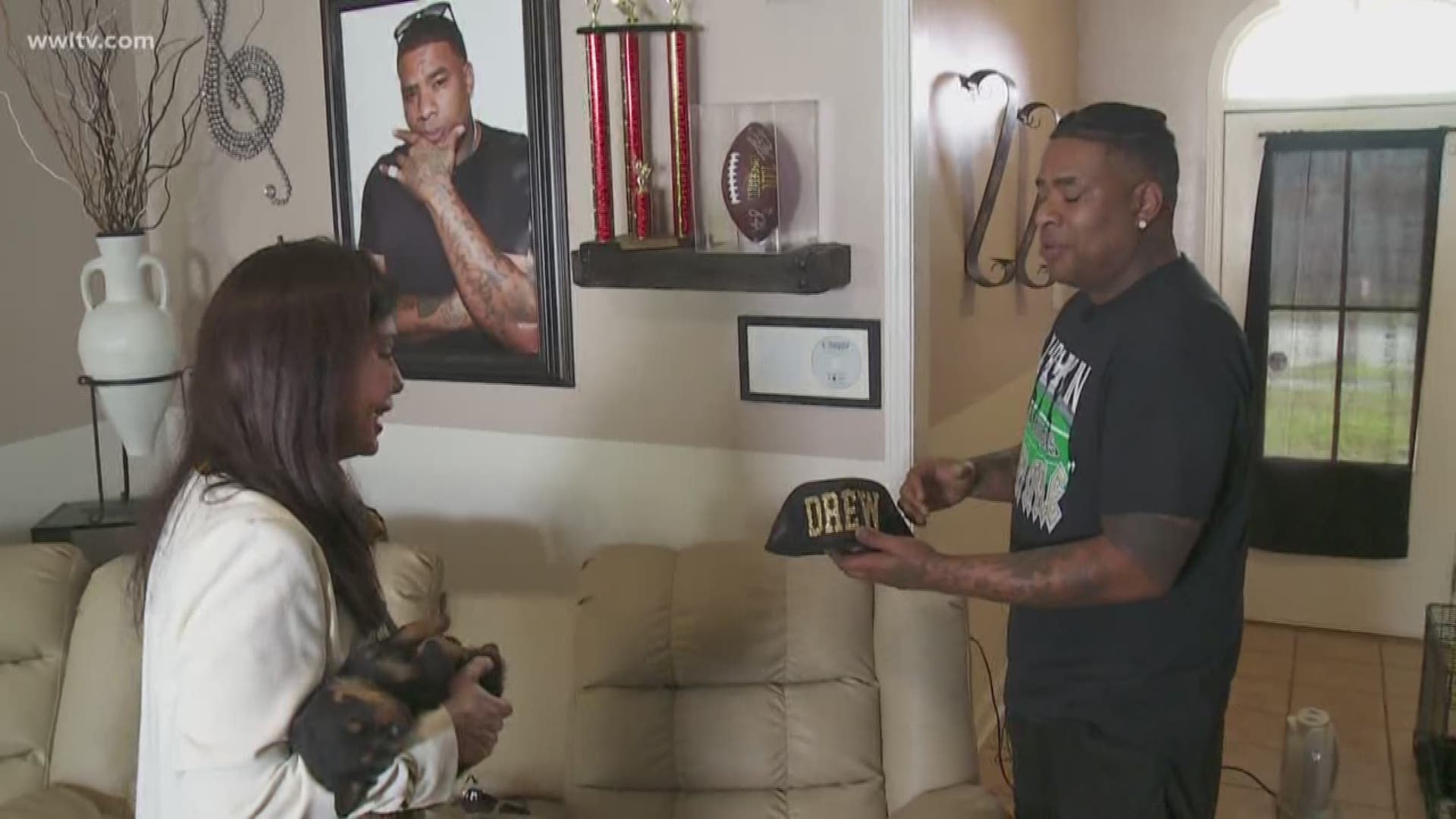 NEW ORLEANS — It wasn't long after Saints players began celebrating in the locker room by dancing to their favorite song, that the Saints fans caught on.

That catapulted a West Bank man's music career, who now says he is humbled by his new found fame.

It's been a whirlwind for rap artist Choppa. Ever since Saints players began using his 'Choppa Style' song from 2002 as a locker room celebration tune, his life has changed.

Not only will he perform during halftime at the NFC Championship game on Sunday, but the other day when he was a mess after cleaning up after his four-week old Rottweiler puppies, he got a call to open for the Justin Timberlake concert.

And when he thought he was just going to a Saints party, it turned out to be Drew Brees' 40th birthday party, where he got to sing to his favorite quarterback.

He also performed at Harrah's Casino.

"That was one of my big dreams to do the casino, and do it on my own you know. I didn't perform in casinos throughout my career, but I was always with another act, and just for me to be able to sell that show out on my own, oh man, that was just amazing."

But there is one major performance on his mind: The one on the field for the boys in black and gold on Sunday. His strategy is this: Don't walk in the Mercedes-Benz Superdome thinking the Rams are a team that the Saints already have beaten.

"Walk in with the mind focus that we know how to beat this team, and I believe we going to the Super Bowl and the city is just going to go crazy once this game is over, " he said.

And to show his confidence in the team, Choppa has had his Atlanta reservations for three months now.

Choppa says his main goal with his music is to bring energy and positive vibes to his fans, and inspire people to love and help each other.